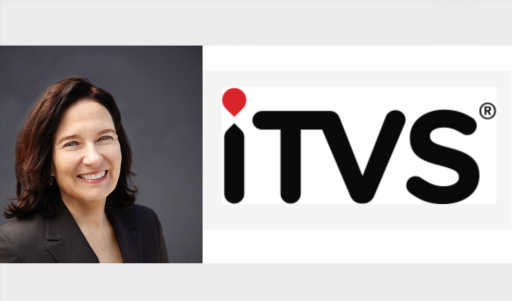 Sally Jo Fifer is stepping down after 22 years as CEO of Independent Television Service, the documentary production and funding powerhouse. She will stay in her role while the ITVS board searches for a successor to Fifer, who joined the organization in 2001 after a stint as executive director of the Bay Area Video Coalition.

“What a gift it has been these past 22 years to serve film artists who engage and transform our hearts and minds — make us more empathetic, more just, more wise,” Fifer said in a statement. “They give us hope for a better future.”

ITVS said in a release, “Fifer has executive produced more than 1,000 films and docuseries in association with partners like the National Multicultural Alliance, Firelight Media, Kartemquin Films, WNET, WETA, and WGBH. Her credit appears on 16 Oscar nominees, 37 Primetime Emmy winners, 35 Peabody Award recipients. These critically acclaimed films and docuseries include titles such as I Am Not Your Negro by Raoul Peck, Minding the Gap by Bing Liu, One Child Nation by Nanfu Wang, and Philly D.A. by Yoni Brook, Ted Passon and Nicole Salazar.”

During her tenure, ITVS tripled its operating budget, from $7.7 to $23 million, the nonprofit service noted. “She recently signed a three-year agreement with the Corporation for Public Broadcasting (CPB) to further secure and protect independent artists’ voices, editorial control and copyright.”

ITVS board chair Garry Denny hailed Fifer’s record as CEO. “Sally’s combination of integrity, strategic acuity, fierce commitment to supporting media makers, and kindness will be simply impossible to replace,” he said in a statement. “I know the documentary field deeply appreciates her for driving ITVS’ programmatic expansion grounded in diversity and inclusion and its innovation mindset. The board looks forward to building on everything we have accomplished under Sally’s visionary leadership and vows to ensure ITVS’ continuity of service to filmmakers.”

Among her long list of accomplishments, Fifer “raised millions in public and philanthropic funding to magnify the impact of documentary films around the world. Amid the spike in post-9/11 stereotyping and disinformation, ITVS launched the Global Perspectives Project–a multi-year initiative to connect citizens to citizens, helping people in the United States and other countries see and better understand each other. Audiences in 76 countries watched nuanced regional storytelling like Okie Noodling and Heart of the Sea: Kapolioka’ehukai by U.S. filmmakers. Americans in turn viewed international titles like Iron Ladies of Liberia and Oscar nominee Waltz With Bashir via PBS and commercial broadcasters.”

ITVS, based in San Francisco, will partner with executive search firm Russell Reynolds Associates to identify Fifer’s replacement. Board chair Denny noted, “I am incredibly energized by the opportunities ahead.”