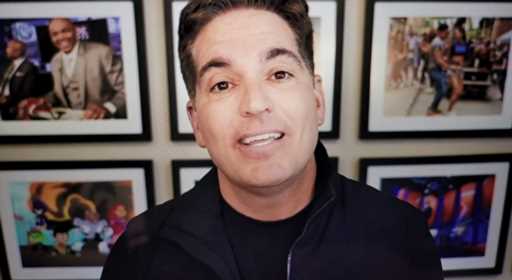 Whatever the future hold for Jason Kilar, the current WarnerMedia CEO wasn’t about to let what is surely his last Upfronts pass him by.

Kicking off the pre-recorded virtual hootenanny full of Leslie Odam Jr. Issa Rae, sports, CNN and even a talk show team-up of Bill Maher, Elmo and Samantha Bee, Kilar appeared on-camera to address the corporate elephant in the room,

“With the important news made by both our company AT&T and Discovery on Monday, together we will form a new company super serving our advertisers with the promise to unite WarnerMedia’s brands with Discovery’s brands all under one banner,” the executive said, in what was clearly a hastily shot video in the last 24 hours.

The $43 billion transaction hit Hollywood after a weekend of 11th hour talks.

“While there is still so much more to come and for the moment it’s still business as usual, we want ed to take a moment and thank you for your continued partnership,” Kilar added, just a year into his controversy filled CEO gig.

There was no small irony that a much slicker Kilar in a much slicker and older video showed up mere minutes later lamenting “we wish we could be there in person” as the home of HBO and CNN had its second virtual upfront in as many years, like everyone else.

Finalized this past weekend with Kilar distinctly out of the loop, the big bucks WarnerMedia and Discovery deal is expected to close in the middle of next year pending regulatory approvals.

he new as yet unnamed entity will be see Discovery boss David Zaslav as chief executive. Kilar is said to have assembled a legal team to negotiate his exit in the near future. The CEO was one of the highest paid in all of media last year with a package valued at $52 million – so do the exit math.

While a surprise in its speed, the agreement is a reversal for A&T, which acquired Time Warner assets in 2018 and is now divesting the entire business to focus on voice and broadband. It catapults non-scripted czar Zaslav to the top of Hollywood food chain. It’s also destabilized the entertainment ecosystem at bit, spurring talk of a domino effect of mega-deals as the streaming battle now becomes really high stakes and players are pressured to scale up.

The WarnerMedia upfront continues this morning.