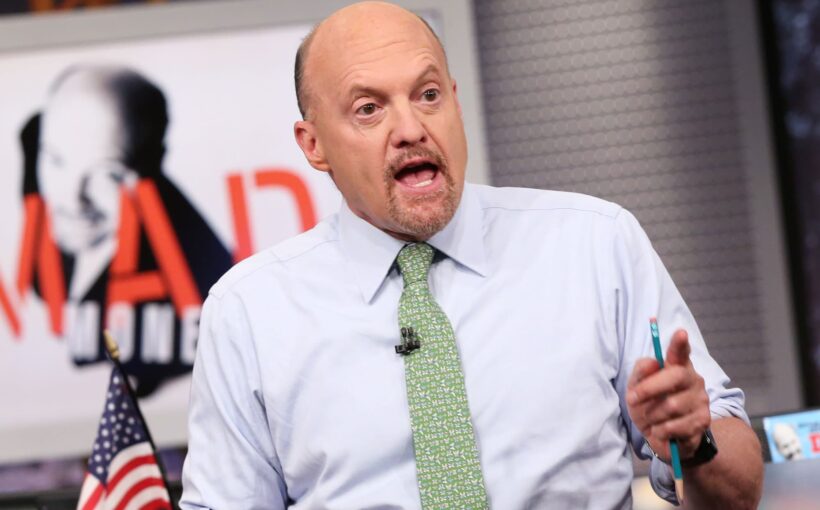 CNBC's Jim Cramer said Thursday the specific shape of the U.S. economic recovery is coming further into focus, and, as far as the stock market is concerned, it's stronger than most predicted during the early days of the coronavirus pandemic.

"We couldn't decide, are we were looking at an L-shaped recovery or maybe it's a U, maybe it's a W, maybe it's a V? But it turns out the letter we landed on doesn't exist unless you have real bad handwriting," the "Mad Money" host said.

That's because the Covid recovery has transpired "much, much better than almost any business person expected," Cramer said.

On Thursday the Dow Jones Industrial Average notched a record close of 34,548.53.

The current recovery is shaped more like a 'super V,' according to Cramer, "with the right side almost straight up, taking us well above where we were before the pandemic."

"That's the situation now: We've got an economy plagued by shortages because we had the wrong letters all along — nobody saw this kind of strength coming," said Cramer, pointing to the dearth of semiconductors and rising lumber costs as two examples.

There are multiple reasons for the robust rebound, Cramer said, beginning with the fiscal stimulus from Congress and highly accommodative policy from the Federal Reserve. Then in the fall, the realization that Covid vaccines were successful and likely to be rolled out soon added to investor optimism, Cramer said.

"The implications of the super V are finally being realized, and the gains are coming fast and furious, but only for a very small part of the market where there's no new stock being created, just buybacks retiring old shares," he said. "That scarcity creates tremendous value, at least for those of you who know the alphabet when you see it."