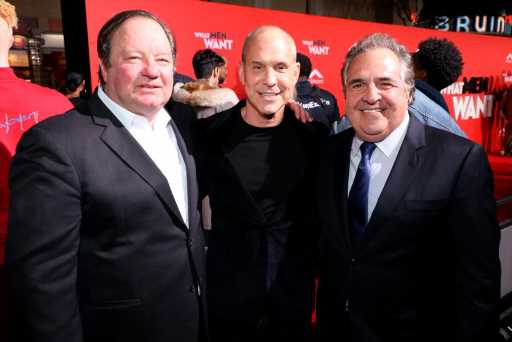 In November 2018, Paramount Pictures boss Jim Gianopulos revealed a major new initiative for then-parent Viacom: a multi-picture deal with Netflix. “Our priority is to expand our role as a major global content supplier,” Gianopulos said.

Gianopulos is now headed toward the exits, and a rising star in the ViacomCBS executive ranks, Brian Robbins, is expected to add oversight of the studio to his growing portfolio. No one at the studio has commented publicly as yet, but the move is expected to become official in the coming days. Minted in July as CEO of Nickelodeon with global oversight, Robbins this year also gained more responsibility at Paramount+, the rebrand and expansion of CBS All Access that went live last March. That was the third big promotion for Robbins within ViacomCBS in that many months.

It continues the ongoing post-merger consolidation in the top executive ranks of ViacomCBS under CEO Bob Bakish, which has seen Robbins, Chris McCarthy and George Cheeks consistently expanding their responsibilities. The trio are said to be getting along and work well together.

Paramount TV Studios’ President Nicole Clemens’ recent responsibility expansion to oversee scripted content at Paramount+ could make a Paramount TV-CBS Studios merger easier logistically. However, according to sources, such a move is not in the cards, at least in the immediate future.

ViacomCBS has multiple production divisions that also include MTV Entertainment Studios, Nickelodeon Studios and BET Studios, and Paramount TV Studios has started differentiating itself recently by focusing on series based on titles from the Paramount film library, which could provide a lane for the outfit to remain standalone.

Press reports Friday morning revealed a move that blind-sided people inside the company, but in terms of which execs it favors, the shuffle is less of a surprise. Robbins came to the company from AwesomenessTV, a digital outfit known for nurturing low-cost, high-impact hits like To All the Boys I’ve Loved Before, which became a teen franchise for Netflix. Instead of licensing those projects out, according to insiders, the plan will be to direct an increasing number of them to the company’s own streaming service, Paramount+.

“This change isn’t due to Jim’s performance,” said a person familiar with top management’s thinking. “He has done a remarkable job at Paramount and he’s widely respected at the company. It’s just a reflection of how dramatically the business has changed, and the need to position the company differently.”

Gianopulos, who had a long tenure as a top exec at Fox before jumping to Paramount in 2017, executed a significant turnaround at the 109-year-old studio. The year he got there, it booked an operating loss of $445 million. “That’s about as dark as it gets, particularly for a major studio,” Gianopulos said later, after getting Paramount back into the black. “Those numbers should never exist.”

While profitability returned, though, the mission became more complicated, certainly once Covid-19 upended everything. Along with the pandemic, media companies — and tech titans like Apple — all jumped into direct-to-consumer streaming. As a so-called “arms dealer,” ViacomCBS thrived in the changing environment. Paramount sold shows like 13 Reasons Why to Netflix and Tom Clancy’s Jack Ryan to Amazon Prime Video. Stymied by theatrical shutdowns, the studio also shipped off major properties like Coming 2 America and Without Remorse to Amazon, and several others to Netflix.

The steady flow of licensing has offered welcome revenue for the company, which reunited Viacom and CBS (whose shares are controlled by Shari Redstone, now chairman of ViacomCBS) in December 2019. While executives maintain they exercise discipline when making decisions about licensing, those activities have resulted in some awkward circumstances in the streaming era. The Godfather trilogy — the ultimate Paramount trophy — is on NBCUniversal’s Peacock and a chunk of the home-grown South Park is on HBO Max. The financial motive was obvious, but Wall Street frequently wondered why the company wasn’t more inclined to use its estimable roster of IP to feed Paramount+.

ViacomCBS debuted its rebrand and expansion of the six-year-old CBS All Access, about six months ago with a full-tilt marketing blitz. A commercial during the CBS broadcast of last February’s Super Bowl featured a green-screen galaxy of company talent, including Stephen Colbert, Gayle King and Dora the Explorer, hiking up the Paramount mountain. The new offering promised “news, live sports and a mountain of entertainment.” In the second quarter, which ended June 30, the company added 6.5 million global streaming subscribers to pass 42 million. Though Paramount+ is a large chunk of that number, Showtime’s OTT service as well as BET+ and Noggin are also contributors.

Overall streaming revenue nearly doubled in the second quarter, reaching $983 million, the company reported. Plotting a course in subscription streaming has presented a daunting task, though, with the company’s subscriber forecasts notably more modest than those of Disney or WarnerMedia. Those two companies are generally viewed as the most legitimate long-term challengers to Netflix, which continues to lead the field with 209 million global subscribers.

ViacomCBS has talked up the global potential for Paramount+, which has expanded across Latin America and other territories. Last month, though, the company announced a joint venture with Comcast, SkyShowtime, as a vehicle to reach Europe as opposed to trying to go it alone. The joint venture followed months of speculation about a potential merger between the two companies — a potentially difficult maneuver to pull off in the current regulatory environment given the companies’ broadcast holdings. Getting Viacom and CBS back together — a process that took years to complete — was long viewed as the first of a multi-step process of attaining true scale. Especially with a hot M&A market spawning deals like Amazon’s pending purchase of MGM and Discovery’s combination with WarnerMedia, the need for scale continues at ViacomCBS.

Film revenue is about 10% of the total across ViacomCBS. In the second quarter, it inched up 3% to $667 million, with the clear highlight being A Quiet Place, Part II. More recently, though, the picture has gotten a bit fuzzier for Paramount. With the Delta variant keeping Covid case loads increasing, the studio decided to delay Top Gun yet again, to 2022, and also push back the next Mission: Impossible installment.

Robbins, whose prior outfit, Awesomeness, was acquired by Viacom, got the chance to stay on with the acquiring company and has prospered. According to a well-placed source, he has impressed Bakish and Redstone with his acumen in terms of shepherding material with young-skewing DNA and marshaling corporate resources. “As the nature of running a studio has completely changed, he has the combination of instincts and skills that have inspired confidence.”