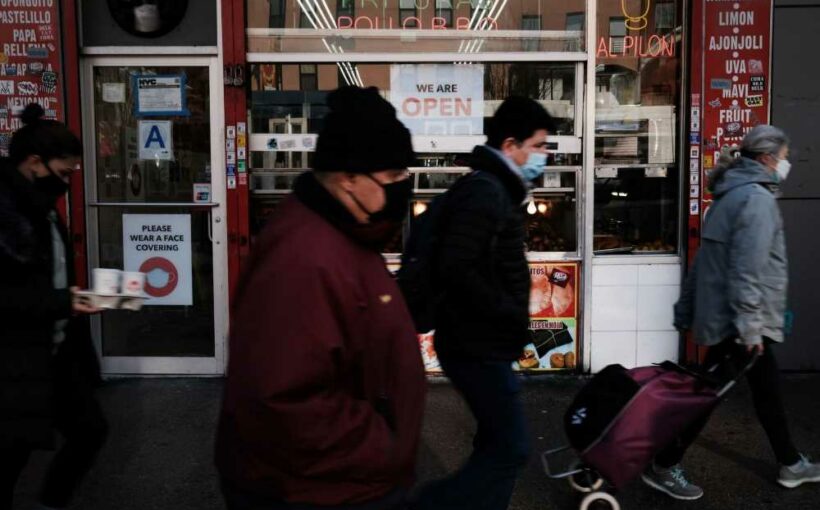 New weekly unemployment claims likely pulled back further last week, as the labor market made additional strides to recover following a difficult stretch at the end of last year.

The Department of Labor is set to release its weekly report on new jobless claims Thursday morning at 8:30 a.m. ET. Here were the main results expected from the report, based on consensus estimates compiled by Bloomberg:

Economists are expecting to see that new jobless claims fell to a fresh two-month low last week, improving further after a better-than-expected drop at the end of January brought new claims below 800,000 for the first time in four weeks.

“The continued improvement in weekly jobless claims suggests ongoing recovery in the labor market after a weak patch in December,” Nomura chief economist Lewis Alexander said in a recent note.

Jobless claims have been tracking a decline in COVID-19 cases, with the rate of new cases, hospitalizations and deaths retreating after a holiday spike. Over the past week, an average of about 108,000 cases were reported per day, dropping 35% from the average of two weeks earlier, according to data compiled by the New York Times. And the Biden administration recently boosted the weekly supply of COVID-19 vaccines sent to states by 28% to 11 million, offering hopes that widespread immunity could allow for faster reopenings and rehirings.

“The U.S. is in a much better position than we expected so early in the year and, as a result, pressure on governors to reopen is going to build more quickly,” Ian Shepherdson, Pantheon Macroeconomics chief economist, wrote in a note.

In the meantime, however, millions of Americans remain unemployed and reliant on state and federal unemployment benefits for support. The number of initial claims for Pandemic Unemployment Assistance (PUA), which offers jobless benefits for gig and self-employed workers who do not qualify for regular state programs, declined by about 55,000 last week. However, based on the latest data, more than 17.8 million Americans were still claiming benefits of some form, including more than 10 million on either PUA or Pandemic Emergency Unemployment Compensation (PEUC) program, another federal program.

Both the PUA and PEUC are slated to expire in mid-March in the absence of additional action out of Congress. Congressional committees this week have been drafting legislation for another virus-relief package, after both the House of Representatives and Senate voted last week to press ahead with pursuing a package via a legislative process that would not require Republican support. Sen. Ron Wyden (D., Ore.), the chairman of the Senate Finance Committee, told Yahoo Finance earlier this week that it would be “absolutely unacceptable” to not pass another stimulus bill before the March unemployment cliff.

This post will be updated with the results of the Labor Department’s weekly initial unemployment claims report Thursday at 8:30 a.m. ET. Check back for updates.

For tutorials and information on investing and trading stocks, check out Cashay