Home » Jobless claims tumble below 500,000 in another sign the labor market is getting closer to pre-pandemic levels 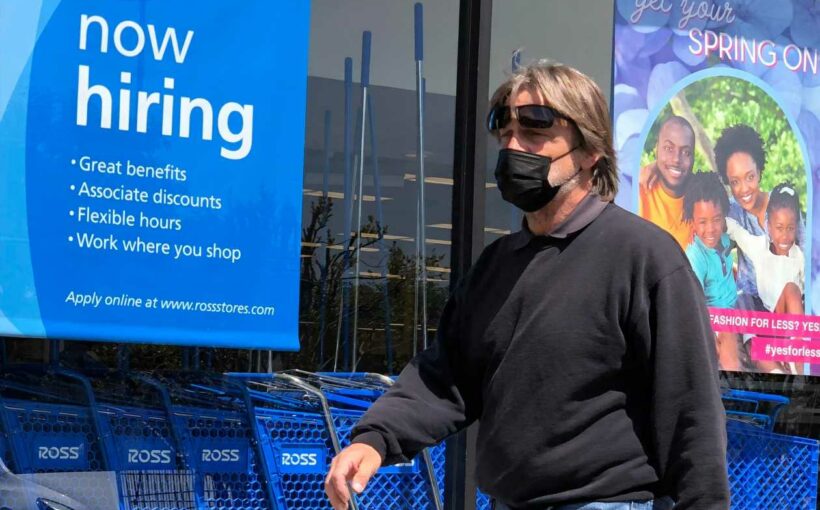 The U.S. employment picture improved sharply last week, with first-time claims for unemployment insurance dipping below 500,000 for the first time since the pandemic crisis.

While the jobs market still has a long way to go before it fully heals from the pandemic damage, improvement has accelerated in recent weeks as restrictions on activity continue to be lifted.

Though the pace has eased lately, the U.S. is still vaccinating more than 2 million people a day and soon will have half the population with at least one shot.

The claims decline comes a day before the Labor Department releases its nonfarm payroll count for April. Economists expect that the economy added another 1 million jobs during the month, with hiring likely to be the quickest in the hospitality sector, which sustained the worst of the pandemic-related damage.

However, continuing claims actually ticked higher last week, rising 37,000 to just below 3.7 million. The four-week moving average for claims edged down to 3.68 million, the lowest since March 28, 2020, just as mass layoffs were beginning to combat the spreading coronavirus.

"While forecasts put a return to pre-pandemic employment two years off, job gains are cutting financial stress and poverty by leaps and bounds now, and this strong trend should continue at least through the summer," said Robert Frick, corporate economist with Navy Federal Credit Union.

While last week's numbers indicate more growth in the labor market, they won't figure into the nonfarm payrolls count because they are outside the survey week the Bureau of Labor Statistics uses to compile its estimate.

At the state level, only Kentucky reported a notable increase, with its claims rising 4,657, according to unadjusted numbers. Virginia (-23,909), Florida (-9,662) and California (-7,402) were among the states posting significant declines.

The total of those receiving benefits fell by 404,509 to 16.16 million due to a big drop in pandemic-related programs.

A separate economic report showed that nonfarm business labor productivity accelerated 5.4% in the first quarter, well above the 4.5% Dow Jones estimate, according to the Bureau of Labor Statistics. Unit labor costs fell 0.3%, which was not as much as the 1% forecast.