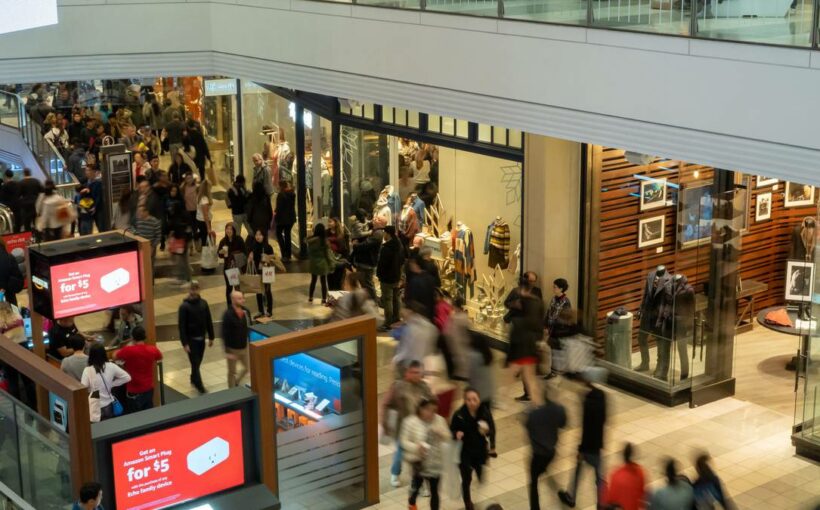 Retailers should expect a busy trading period in the lead-up to Christmas as Kiwis love the “thrill” of buying last-minute gifts, reports shows.

According to the latest survey by the price and product comparison website PriceSpy, 44 per cent of respondents said they had started their Christmas shopping earlier this year as a result of uncertainty posed by Covid-19.

However, PriceSpy’s survey results have also shown Kiwis love the thrill of buying Christmas gifts last minute. And buying last-minute can also provide shoppers with the best opportunity of securing a bargain.

More than one in four or 27 per cent who were surveyed said they would shop up to six months ahead of Christmas, an increase of 20 per cent compared to 2019.

Only 18 per cent said they tend to leave their gift buying to the last minute and shop up to a week before Christmas Day.

According to PriceSpy’s price index, buying last-minute may deliver the best deals – with the biggest price drops taking place in the last few days leading up to Christmas Day. But the risk of goods being out of stock was a real issue this year.

PriceSpy country manager Liisa Matinvesi-Bassett said waiting for that perfect deal on a last-minute gift was tempting but this year, however, was quite different due to shipment delays.

“But being prepared and buying early may not deliver the best price,” she said.

“Even though buying last-minute for Christmas may deliver the best prices, this year, many retailers continue to experience long shipping delays and issues with supply chains.”

PriceSpy’s insights suggest almost a third of all products listed on its website showed they are out of stock.

Matinvesi-Bassett suggested customers check ahead with retailers to make sure the product they were looking to buy was in store before making the purchase.

According to PriceSpy’s latest stock insights, almost a third (32 per cent) of all products listed were showing as out of stock on December 12, an increase of 5 per cent compared with November 21.

Two-fifths (39 per cent) of all products listed within the shopping category of “garden” were showing as out of stock as ofDecember 12, an increase of 7 per cent compared with November 21.

Half of all products listed within the shopping category of “Sports & Outdoors” were showing as out of stock as of December 12, a drop of 7.2 per cent compared with November 21.

Finally, 39 per cent of all products listed under the shopping category “computers & accessories” were showing as out of stock on December 12.

With New Zealand finally reopening after the longest stretch of lockdown it has had since the beginning of the pandemic, businesses are “desperate” for an inflow of cash.

Retail spending nosedived in the September quarter as the lockdown forced shops to shut and consumers to stay home.

Retail sales volumes fell 8.1 per cent (quarter on quarter) on a seasonally adjusted basis, although the slump was not as severe as the 10 per cent fall most economists had expected.

Auckland – which suffered the hardest and longest lockdown restrictions – saw the biggest fall.

But according to Worldline – formerly Paymark – after the lockdown Aucklanders have enthusiastically returned to cafes and bars since moving out of lockdown on December 3.

And the momentum for pre-Christmas retailing continued to grow steadily amidst the national shift to the traffic light system.

Retail NZ chief executive Greg Harford said Christmas this year is more critical than usual as, due to the lockdown, businesses were struggling and were desperate for the inflow of cash.

“It is encouraging to see retail spending maintain momentum as the country settles into the traffic light system. We hope this continues.

“The Christmas and summer season is the key sales period for retailers.

“I encourage Kiwis to get out in-store to shop safely and support their local retailers, especially as online delivery cut-offs kick in over the next few days,” Harford said.

Spending through Worldline’s payment network at cafe, restaurant, bar and pub merchants in Auckland and Northland ($66.9m) jumped 41 per cent in the first seven days of operating under the traffic light Covid-19 protection system (Friday December 3 until Thursday December 9).

However, it declined 6 per cent across the rest of the country (down to $105.8m) over the same period.

In both cases, spending was below 2019 and 2020 levels, and these patterns continued over the weekend.

Spending amongst these hospitality merchants over the latest seven days – for the week ending Sunday, December 12 – was $71.4m in Auckland and Northland. This was above lockdown levels but 18 per cent below the same seven days in 2020.

It was $110m for the rest of the country, less than before the traffic light system and 9 per cent below year-ago levels.

Meanwhile, shoppers have maintained the growth momentum of recent weeks following the surge of Black Friday sales, which now appears to be steadying, following the usual pre-Christmas pattern – suggesting there will be some very busy retail days later this week and into the next.

Spending amongst core retail merchants, excluding hospitality merchants, was $312.3m in Auckland and Northland in the week ending Sunday 12 December, up 6 per cent on last year and up 9 per cent on 2019 levels, and was $500.2m in the rest of the country, up 4 per cent and 8 per cent respectively.

The national annual growth rates remain highest amongst the large group of merchants selling housing goods such as hardware, furniture, appliances and garden supplies ($144m, an increase of 11 per cent on 2020).

Nationally, the average daily spending last week amongst the core retail excluding hospitality merchants was $116m per day. This was similar to the previous week and slightly below the average during the Black Friday sales.

Worldline head of data, George Putnam, said this week that it appeared shoppers were adjusting quickly to the new normal of the traffic light system, putting the nation on track for the usual very busy few days ahead of Christmas.

“It has been typical in recent years for spending to steady a little after the Black Friday sales … and then ramp up again from around Thursday this week, which continues towards a peak on either the Thursday or Friday before Christmas Day.”

At this stage, the fastest annual growth pre-Christmas, taken as the 28 days since November 15, is in Wanganui with an increase of 12 per cent, Taranaki 11 per cent, and Palmerston North and Waikato 10 per cent. The lowest pre-Christmas spending growth to date has been in Wellington with just a 2 per cent increase. Otago, Marlborough and Nelson increased 3 per cent.

“Since retail has been able to open we’ve seen a steady flow of Christmas shoppers within our stores, as well as online,” Waecker said.

Auckland Business Chamber chief executive Michael Barnett said the expectation was that retail in Auckland would vary as to who benefits.

“Central Auckland continues to suffer as a result of the redesign disruption and homeless (this gives concerns re safety and security), but the main impact comes from the fact that larger businesses, local government and central government agencies have not required employees to return to their office bases.

“For central Auckland, this will be critical for its recovery – as a client base this group is critical.

“The malls provide a quality destination for most and without the frustrations of the strip.

“Retail and hospitality generally continue to suffer from a mix of skill shortages and training and this will remain in 2022,” Barnett said.

Mastercard’s latest stickybeak holiday shopping survey revealed 45.3 per cent of Kiwis wanted to shop in-store and 31.8 per cent would do online and in-store shopping.

New Zealand and the Pacific Islands manager Peter Chisnall said: “Now that bricks and mortar retail is open around the country, we’re expecting the vast majority of Kiwis to do at least some of their gift shopping in person.

“Only 8.7 per cent were planning to shop online for all of their gifts, which shows that while online shopping continues to grow in popularity, there’s still an appetite for the in-person retail experience.

“That can be attributed to a number of factors, including the ability to easily browse, purchase and take home instantly, and desire to support local retailers,” Chisnall said.