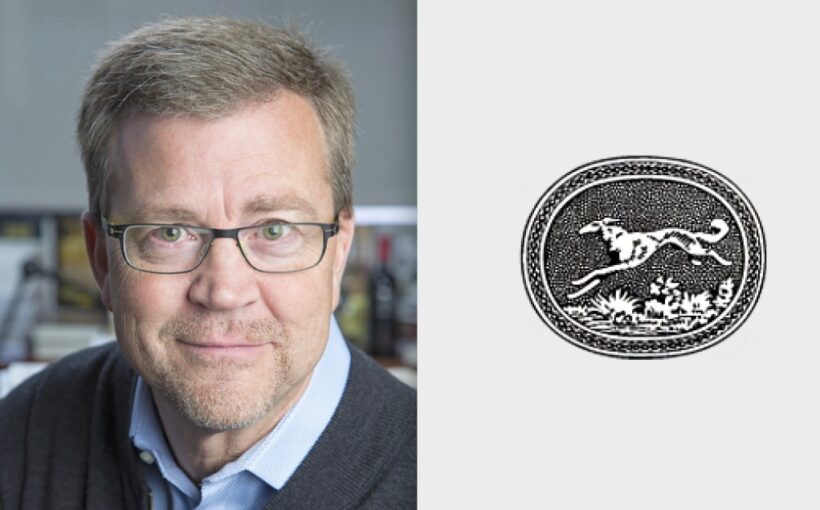 Paul Bogaards, the storied publicity and marketing exec at Alfred A. Knopf, will step down from his job after a 32-year career with the publishing house.

“Paul’s unparalleled impact on scores of best-selling and now-classic books cannot be overstated,” Arthur said in a statement. “His passion, creativity, and savvy media instincts have not only burnished the Knopf ethos but also shaped the reading and bookselling world at large.”

Said author Caro, “Thirty years ago, Paul Bogaards, then a brand-new young publicist, was assigned to make my book, Means of Ascent, known to readers. From that day to this very last week, with the opening of an exhibit of my work at the New York Historical Society, Paul has taken the responsibility of getting my work before the public, and he has done it with a real gift, a rare talent, for that work. I can today without effort think of scores of ways in which he has helped me over the years, and today I am grateful for all of them.”

In the announcement, Arthur notes that Bogaards “has mentored an entire generation of publicists, many of whom have gone on to remarkable careers of their own, many of whom make up the powerhouse team of publicists under his leadership here now. His loyalty to his colleagues is legendary.” Bogaards also is credited with founding the company’s Knopf Speakers Bureau.

In a note to colleagues, Bogaards recalled some of the highlights of his career with Knopf, and notes that the publisher “represents everything I’ve ever loved about book publishing. I’ve had the great fortune to work alongside the best and brightest minds in our industry during my tenure here, and I remain grateful for everything each of you and your predecessors have taught me. Working with authors and helping get their work out into the world remains one of the great joys of my life. As has building a department that I have come to love, and in whose extraordinary hands I will be leaving you. And I would be remiss without mentioning my fondness for colleagues in the press. Their support has been instrumental to our success through the years.”

Some years ago, when I was young and still bouncing around the industry, I got a call from Sonny’s assistant asking if I could meet him for a drink. The call came as a surprise. I had met Sonny only in passing, and if I’m being honest, the prospect of meeting him for a one-on-one frightened me. Also: I had no idea what the meeting was about. Long pause on the phone. “He wants to talk,” she said. Talk. This was Sonny. I can appreciate the humor in that now.

The meeting was at Chin Chin. Upon my arrival, the first thing Sonny did was introduce me to Jimmy Chin. The second was ask if I wanted a drink. The third was offer me a Silk Cut. Then he got down to business.

“How did you make The Mysteries of Pittsburgh work?”

This, I later learned, was a favored technique of Sonny’s. Lead with a welcome inquisition (“Drink?”) and follow with a query about a book and/or author. I guess the conversation went well because he wound up offering me a job.

The circumstances of that offering are not inconsiderable given how vulnerable I was feeling at the time. I had, in fact, just been fired from my previous job. This was weeks before my wedding. My mother-in-law, upon hearing news of my firing, said to my then fiancée, “Are you sure about him? Who leaves a job just as they’re about to get married?” She said this while the three of us were at dinner, without inviting my participation in the conversation. It was a deflating moment for sure. All as a way of saying, Sonny took me in when I was wounded. And I would always love him for that.

Another story: A holiday party listening to Sonny acknowledge company anniversaries. When he got to the twenty-five-year milestones, I turned to a colleague and said, “Can you imagine? You’d have to shoot me to stay that long.” Sonny overheard the conversation and gave me a look. Later that evening, he pulled me aside and said, “You’ll be surprised, Bogie, at how quickly the time goes.” And here we are, thirty-two years in.

And now an anecdote about the ebullient Howard Kaminsky: Early on in my career, after an author meeting had gone on longer than it should have, Howard pulled me aside and said, “Do you know how to end a meeting, kid?”

“You leave the room.”

I suspect, by now, you know what’s coming: I will be leaving the room at the end of the year.

Another story: Shortly after Sonny died, Leslie asked me to come visit her in his office. She was standing next to his desk, which was empty absent one file. She picked up the file and handed it to me.

“Sonny would’ve wanted you to have these,” she said.

“Copies of all your resignation letters.”

“How many are there?”

I don’t imagine that my stepping away will come as surprise to many of you. After all, I’m living in a cabin in the woods, where I spend late afternoons foraging for mushrooms and splitting wood. Also: I recently purchased a tractor. If you’re looking for signs, start there.

That’s not to suggest any of this will be easy. This is a hard place to step away from, mostly because I’m afraid of what Kathy Hourigan will do to me. Knopf represents everything I’ve ever loved about book publishing. I’ve had the great fortune to work alongside the best and brightest minds in our industry during my tenure here, and I remain grateful for everything each of you and your predecessors have taught me. Working with authors and helping get their work out into the world remains one of the great joys of my life. As has building a department that I have come to love, and in whose extraordinary hands I will be leaving you. And I would be remiss without mentioning my fondness for colleagues in the press. Their support has been instrumental to our success through the years.

I hasten to add, it’s not just stepping away from Knopf that will be difficult. Colleagues throughout Penguin Random House have always been there for me and made my stay here fulfilling beyond measure. This is one of the things that makes our company so extraordinary – the generosity of others. My memories here will be principally of people who love their work, do it joyfully and well, and always avail themselves to you.

Another story: When I first arrived at Knopf, no one spoke to me for about a year. Sonny said this would happen (it happened to him). I warned Reagan that it would happen to her as well. It’s not that Knopf is unwelcoming; it’s just that it takes time to get to know the principals, some of whom have been here a while. Compounding matters was the fact that I didn’t think I was smart enough to work at Knopf (possibly some of you still feel that way!). The person who changed the trajectory of my career and made me feel that I was possibly smart enough to work here was Nina Bourne. Nina was the smartest advertising person in the history of publishing, someone capable of writing great copy after drinking several Manhattans over lunch. She was standing outside my office one day waiting to see a colleague when repro dropped off a box of galley letters I had written for Scott Bradfield’s The History of Luminous Motion. I went to pick up the letters and Nina lifted one off the top and started reading it. I wanted to die. Instead, I went into my office and shut the door. A few minutes later, I heard a faint knock. I opened the door and Nina was standing there with letter in hand. “This is an excellent letter,” she said, “You write well.” And that, my friends, was enough.

I am enormously proud of my work here. No one has had a better job, or more fun doing it. I’ve had two of the best bosses I could ever hope for in Sonny and Reagan. I’m also grateful to Madeline and Maya and Reagan for allowing me to become a remote employee before working remotely was officially a thing.

If you’re wondering about what’s next for your truly, it’s not farming. It’s more of what I’ve been doing, just a little less of it. I’ve always been tempted to hang out a consulting shingle and feel that now is time to do so (while I’m still young in Knopf years!). Also: Agents keep asking me about that book I’m working on (maybe I’ll have time for that too). All as a way of saying, I may be leaving the room, but I am not exiting the stage, and I hope some of us will be working together down the road.

In the meantime, thank you for putting up with me, and with immense gratitude to all of you.