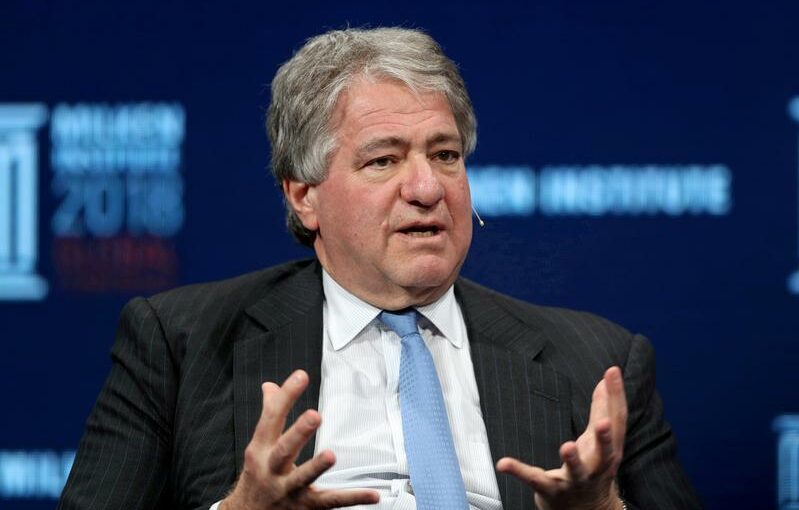 (Reuters) – Apollo Global Management Inc co-founder Leon Black has left his executive positions at the private equity firm, a move that caps a series of corporate governance changes triggered by a review of his ties to late financier and convicted sex offender Jeffrey Epstein.

Black, who co-founded Apollo 31 years ago, stepped down as the company’s chairman, with Jay Clayton, former U.S. Securities and Exchange Commission chief, taking over as non-executive chairman, according to a statement on Monday.

Black, 69, had planned to retain his role as chairman after relinquishing his post as chief executive officer in January in following an independent review by law firm Dechert, which revealed that he had paid Epstein $158 million for advice on tax and estate planning and related services between 2012 and 2017. The review had cleared Black of any wrongdoing.

“The relentless public attention and media scrutiny concerning my relationship with Jeffrey Epstein – even though the exhaustive Dechert report concluded there was no evidence of wrongdoing on my part — have taken a toll on my health and have caused me to wish to take some time away from the public spotlight that comes with my daily involvement with this great public company,” Black said in a letter to Apollo’s board of directors.

Epstein was found dead at age 66 in August 2019 in a Manhattan jail, while awaiting trial on sex trafficking charges for allegedly abusing dozens of underage girls in Manhattan and Florida from 2002 to 2005. New York City’s chief medical examiner ruled the cause of death was suicide by hanging.

Apollo said on Monday that co-founder Marc Rowan will formally take over as CEO after being named as Black’s successor in January. Two new independent directors, Richard Emerson and Kerry Murphy Healey, were also added to Apollo’s board.

New York-based Apollo had appointed Clayton, 54, who was SEC chairman from May 2017 to December 2020, as lead independent director in February to improve corporate governance after the review.

Earlier this month, Apollo announced it would merge with Athene Holding Ltd in an $11 billion all-stock deal, bringing in-house an annuities provider that helped turned it into one of the world’s largest corporate credit investors.

“In the last few months, not only did we announce a transformative merger with Athene, but also expect to report that our first quarter earnings will exceed analyst consensus in all relevant measures,” Black said in a statement on Monday.

“I thus view this as the ideal moment to step back and focus on my family, my wife Debra’s and my health issues, and my many other interests,” he added.

Black said he will remain Apollo’s single largest shareholder and hopes to return to the company at some point.