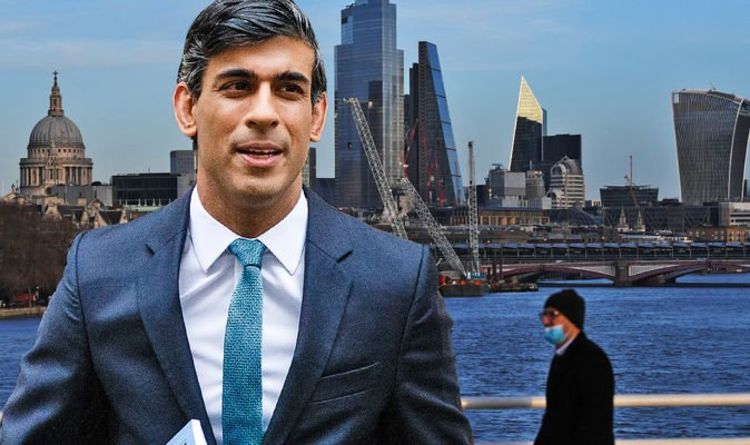 London was overtaken by Amsterdam as the main European market centre in January, as more shares were traded in the Dutch capital. The shift, which initially looked ominous for City traders, comes as Brussels still refuses to recognise most UK regulatory systems as equivalent to its own post-Brexit. Paris and Dublin also gained in trade volume, as Michel Barnier signalled the EU will not climb down from its demands if a financial services deal is to be agreed with the UK. But City traders and Chancellor Rishi Sunak, as Professor David Blake pointed out, need not worry.

He wrote: “Even before the withdrawal agreement was published, Sir Jon Cunliffe, a Bank of England deputy governor, expressed concern that the Treasury is ‘going to give it all away’ when it comes to City regulation post-Brexit.

“He feared that this would leave the City of London and its regulator, the Prudential Regulatory Authority, as a ‘rule-taker’ from Brussels.

“Reports at the time suggested that relations between the Treasury and the Bank were ‘very, very bad’ as a result of growing distrust.”

He then pointed out that “this is quite remarkable for three reasons”. 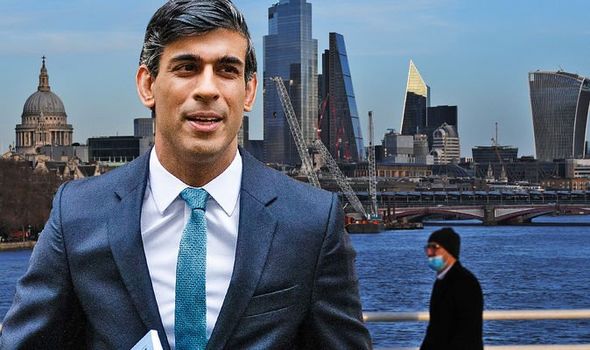 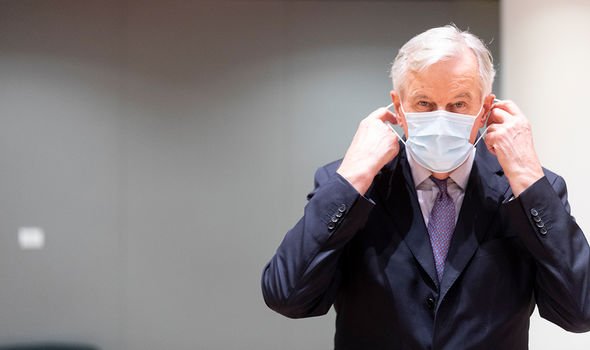 He continued: “First, the City of London is the jewel in the crown of both the British economy and the European financial system.”

Second, being a “rule-taker” from Brussels would mean the UK “loses the opportunity for better, lighter regulation” and “we will lose our commodities markets”.

Prof Blake added: “Third, the EU is facing a series of political, economic and financial crises.

“It has become a fundamentally protectionist trading bloc and is no longer a force for global liberalisation.

“It is becoming increasingly undemocratic and authoritarian – as its appalling treatment of Greece in 2015 made clear.

“And to top it all, the euro project will turn out to be the biggest single – and most predictable – failure in global financial history.

“When this happens, the European banking system will collapse. Key eurozone banks – such as Deutsche Bank, Societe Generale, BNP, Santander, ING and UniCredit – are already in very serious financial difficulties.

“This will be followed by economic catastrophe in the peripheral states of the EU.”

READ MORE: Bank of France chief laid out plan to topple City of London before Brexit 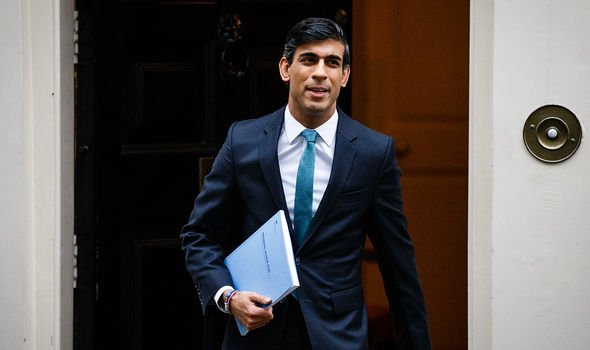 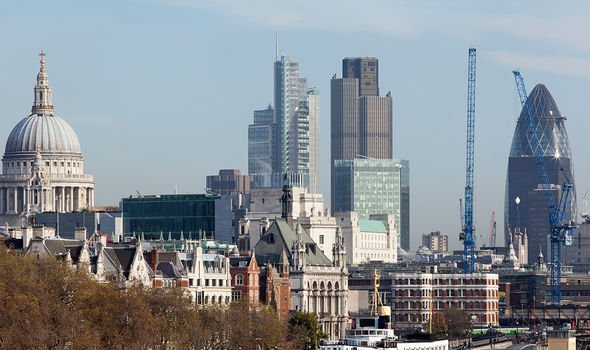 He concluded in his 2019 piece for BrexitCentral: “In view of this, why would anyone in their right mind allow their financial regulations to be dictated from Brussels once the UK leaves the EU?

“If Brussels refuses to accept enhanced equivalence or mutual recognition, then the City is more than capable of ‘going it alone’ – as it has done very successfully for most of its history and as countries such as Switzerland, Hong Kong and Singapore are currently doing.”

The row over equivalence rumbles on, though.

This week, Governor of the Bank of England Andrew Bailey warned the EU that their demands are excessive compared to international standards.

Brussels is keen to expand its financial services sector but appears fearful of the City slashing red tape as it could potentially further London’s already-dominant position.

The bloc is currently banning its financial institutions from trading in London, while a deal is thrashed out. 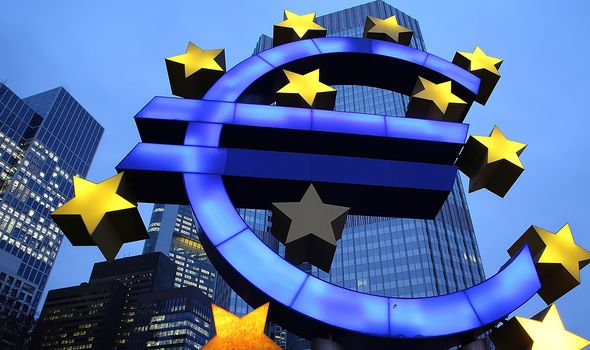 One interested observer could be US President Joe Biden.

Bloomberg’s Elisa Martinuzzi and Marcus Ashworth argued that New York is taking trillions of dollars from London, making it an impossible task for Prime Minister Boris Johnson to recover.

They explained: “New trading limits between the UK and the continent have prompted a large chunk of this lucrative work to move across the Atlantic.

“Clawing back the trillions of dollars of activity that’s leaving London, quite literally overnight, could be a long slog.

“With counterparties from the EU now restricted from trading in Britain, and vice versa, dealers and investors predictably resorted to trading more interest-rate swaps in the US, a market that both the EU and the UK still recognise.

“But the degree to which the shift happened, without any obvious market glitches, has caught some participants by surprise.” 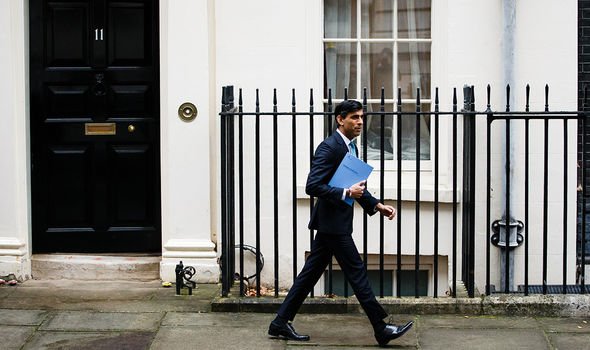 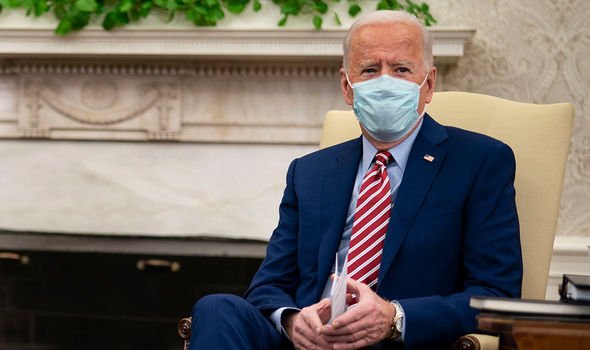 In the first two weeks of January, US derivative platforms — known as Swap Execution Facilities — saw their total market share jump to 83 percent from 75 percent for US dollar interest-rate swaps.

The shift in European trades was even more dramatic, the two finance experts noted.

In euro swaps, the SEFs gained 18 percentage points of market share to reach 39 percent; and even in sterling swaps, the US share jumped to 45 percent from 27 percent.

They added: “In theory, none of these changes in habit is set in stone.

“London and Brussels are still hammering out an agreement on financial regulations that could yet see the EU recognize UK bankers and financiers as ‘equivalent’ to the bloc’s, potentially allowing business to return to pre-Brexit behavior just as quickly as it changed.

“But it’s relatively safe to say that whatever happens, Wall Street will be popping open the champagne.

“The shift in dollar business from London to the US will be hard to reverse, as will the euro trading, which the EU has repeatedly claimed it wants to bring back within its jurisdiction and, quite rightly, oversee. While much of this shift is largely about the plumbing of derivatives and share trading, involving relatively few jobs, business begets business in the financial markets.”

They concluded: “The EU’s top financial services official said on Friday that this was reality hitting London.

“But one hopes the bloc has considered the longer-term consequences for itself of Wall Street gaining more control over European markets. It could have avoided some of this by allowing equivalence for the UK finance industry from the get-go.

“Financial stability hasn’t been imperiled by Brexit so far, but a deeper capital market on its doorstep is still in Europe’s best interest.”