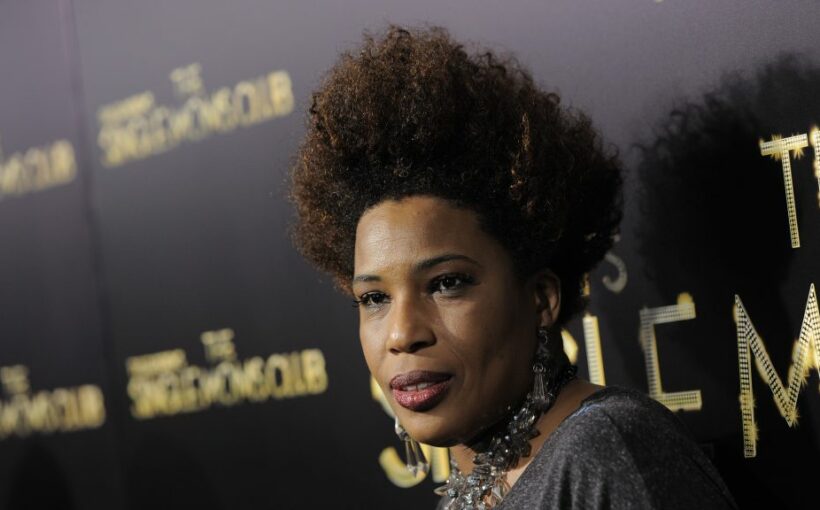 On Saturday, Macy Gray published an op-ed, calling for a redesign of the American flag.

She opened the piece, penned for Market Watch, by observing that the Confederate flag, which was created as “a symbol of opposition to the abolishment of slavery,” has recently proven “tired.”

“We don’t see it much anymore,” she wrote. “However, on the 6th [of January], when the stormers rained on the nation’s most precious hut, waving Old Glory — the memo was received: the American flag is its replacement.”

The Grammy winner went on to address President Biden, Vice President Harris and members of Congress directly. “The American flag has been hijacked as code for a specific belief. God bless those believers, they can have it,” she said. “Like the Confederate, it is tattered, dated, divisive, and incorrect. It no longer represents democracy and freedom. It no longer represents ALL of us. It’s not fair to be forced to honor it. It’s time for a new flag.”

Gray subsequently gave a visual breakdown of our current flag, suggesting that while there have long been 50 stars on it, there should be 52. In her opinion, an extra pair of stars should go to Washington, D.C. and Puerto Rico, which she noted have been “lobbying for statehood” for many years.

Then, there are the flag’s white stripes, which were intended to represent “purity and innocence,” according to The Smithsonian. “America is great. It is beautiful. Pure, it ain’t,” wrote Gray. “It is broken and in pieces.”

In her opinion piece, Gray shared a sketch of the American flag, as she believes it should be. “What if the stripes were OFF-white? What if there were 52 stars to include D.C. and Puerto Rico? What if the stars were the colors of ALL of us — your skin tone and mine — like the melanin scale?” she said, describing the flag she envisions. “The blue square represents vigilance and perseverance; and the red stripes stand for valor. America is all of those things. So, what if those elements on the flag remained?”

Gray wrapped things up by reminding readers that the current version of the American flag was designed in 1959, by a 17-year-old named Bob Heft. Back then, there were only 48 states, though Hawaii and Alaska were “up for statehood,” and ended up getting included, as stars, in the design. “He crafted a NEW flag with 50 stars for the then-future, because things had changed,” wrote Gray. “Sixty-two years later, in 2021, we have changed and it’s time for a reset, a transformation. One that represents all states and all of us.”

Gray’s op-ed was published on Juneteenth. Just this week, President Biden signed legislation which made the day, commemorating the end of slavery, a federal holiday.