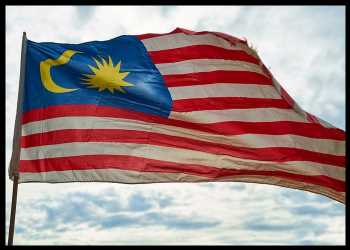 The Malaysian economy shrank more than expected in the third quarter as the strict containment measures weighed on private consumption and investment, data published by Bank Negara Malaysia revealed on Friday.

Gross domestic product contracted 4.5 percent on a yearly basis in the third quarter, in contrast to the 16.1 percent expansion logged in the second quarter. Economists had forecast a moderate fall of 1.3 percent.

The central bank governor Datuk Nor Shamsiah said, “Progressive lifting of containment measures and continued improvements in the labor market will be key to support the recovery going forward”.

On a quarter-on-quarter basis, the economy registered a decline of 3.6 percent, reversing a 1.9 percent fall in the second quarter.

The bank said the economy is on track to expand 3.0 percent to 4.0 percent this year. Growth will be supported by the increase in economic activities as containment measures are progressively relaxed, amid continued policy support.

All economic sectors recorded negative growth in the third quarter. The service sector contracted 4.9 percent due to the weaker consumer-related activities. The manufacturing activity fell 0.8 percent and mining output was down 3.6 percent.

On the expenditure-side, domestic demand fell 4.1 percent as private consumption and investment were affected by the imposition of phased restrictions.

On the external front, net exports contracted 37.5 percent as growth in imports outpaced the growth in exports.

Headline inflation moderated to 2.2 percent in the third quarter from 4.1 percent a quarter ago. This was due mainly to the dissipation of the base effect from fuel prices, and the implementation of the three-month electricity bill discounts.

Inflation is forecast to range in between 2 percent and 3 percent this year. Underlying inflation, as measured by core inflation, is expected to average below 1.0 percent for the year.

In 2022, headline inflation is projected to remain moderate. As economic activity normalizes, core inflation is expected to edge upwards but remain benign given the continued spare capacity in the economy and slack in the labor market.

However, the outlook continues to be subject to global commodity price developments and some risk from prolonged supply-related disruptions.

The economy shrank further in the third quarter but was already rebounding sharply by the end of the quarter, Alex Holmes, an economist at Capital Economics, said. With vaccinations high, virus cases down and restrictions being eased, this rebound will continue in the fourth quarter.

Data showed that the surplus of current account of the balance of payments narrowed to MYR 11.6 billion, or 3.1 percent of GDP in the third quarter. The lower surplus was on account of larger deficits in the primary and secondary income accounts.