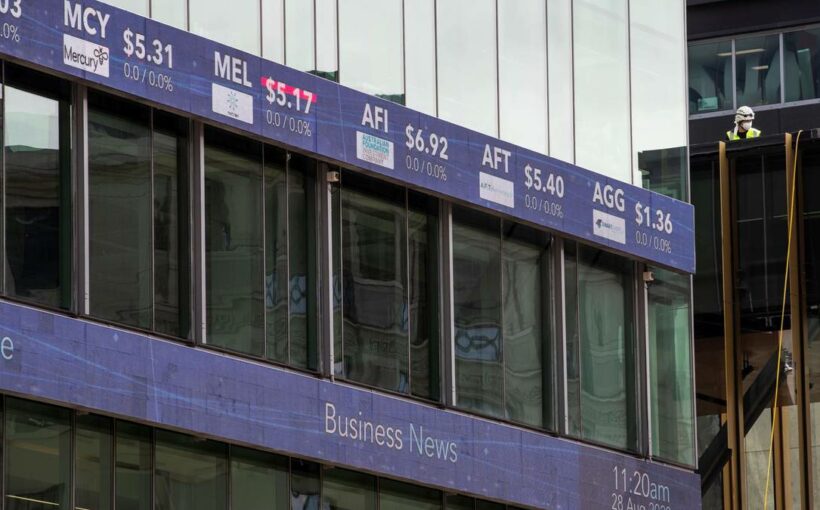 The true reality of rising interest rates and inflation, here and in the United States, sent the New Zealand sharemarket to its lowest level in 16 months.

New Zealand’s inflation rate is now running at 5.9 per cent and the US Federal Reserve, after its two-day meeting, signalled the first of several interest rate hikes in March. It will be the first increase in the US since 2018.

After a strong morning, reaching an intraday high of 12,222.83 points, the S&P/NZX 50 Index couldn’t hang on after the Australian market opened weak and went into correction territory.

There were 49 gainers and 91 decliners over the whole market, with 40.27 million shares worth $164.01 million changing hands.

The New Zealand consumer price index increased 1.4 per cent in the December quarter and annual inflation moved from 4.9 per cent to 5.9 per cent – its highest in 30 years and fuelled by the cost of construction, petrol and rents.

The Reserve Bank is expected to increase the official cash rate from 0.75 per cent next month but the local market was more interested in events in the US.

Chairman of the Federal Reserve, Jerome Powell, said there was quite a bit of room to raise rates without hurting the job market. A hawkish Powell wouldn’t rule out raising rates at every meeting this year.

The US will stop printing money in early March as planned but there was speculation that the bond buying programme could end next month.

Greg Main, Jarden Wealth Management adviser, said central banks were now very inflation focused, and maybe it’s better to take the medicine early rather than stretching it out – but they have to be careful they don’t tip the economy into recession.

“There were good company results in the US and the initial Federal Reserve announcement didn’t seem so bad – but the comments later by Powell spooked the markets,” he said.

Restaurant Brands, with 359 KFC, Pizza Hut, Carl’s Jnr and Taco Bell stores in New Zealand, Australia, Hawaii and California, told the market that total sales for the year ending December increased 19.7 per cent or $175.9m to $1.068 billion – spurred by eight months trading of the new California outlets. Restaurant Brands’ share price was up 5c to $14.60.

NZ Automotive Investments, which owns 2 Cheap Cars, downgraded its full-year underlying net profit to $2.3m-$2.7m, compared with $3.8m in the previous year. NZ Automotive has experienced lower car, finance and insurance sales and its share price was down 3c or 3.26 to 89c.