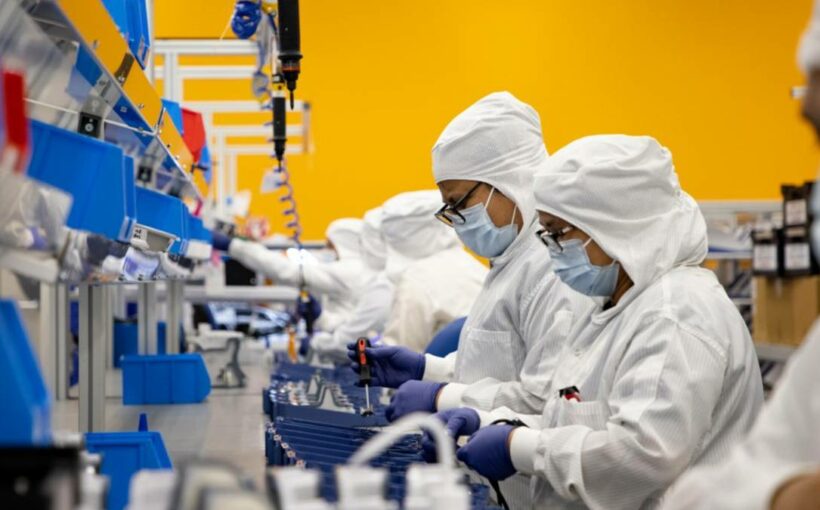 A further rise in bond yields rattled the New Zealand sharemarket, and Fisher and Paykel Healthcare was one of the hardest hit as investors switched out of growth stocks.

There were 62 gainers and 73 decliners across the whole market, with 51 million shares worth $187.42 million changing hands.

Solly said investors once again worried about interest rates going up and rotated out of growth into more cyclical stocks. Healthcare and technology were the weaker sectors globally.

“Bond yields going up, high energy and shipping costs coming through, and central banks are talking about tapering their economic stimulus – it’s a conundrum for markets and investors are being very cautious.”

Solly said people are focusing on the increasing vaccination rates and whether this will reduce demand for Fisher and Paykel’s respiratory devices. “Maybe the demand for their devices has been stronger for longer than people thought.”

Solly said the market is taking comfort from Synlait’s comments that the degree of volume decline from a2 was less than expected, and Synlait would make a robust profit in the present financial year.

Scales Corporation climbed 22c or 4.01 per cent to $5.70 as it continues to attract strong demand for its apples and pet food.

Tauranga-based Trustpower confirmed that the Commerce Commission has cleared the way for Mercury to buy its retail business of supplying electricity, gas, fixed and wireless broadband, and mobile phone services to 234,000 customers around the country. Trustpower slipped 1c to $7.44, and Mercury was unchanged at $6.39. Contact gained 4c to $8.45.

New Zealand Oil & Gas will complete its buy-in to the Mereenie joint venture in North Territory on October 1 after two wells were drilled and completed for production. NZOG’s share price slipped 1c or 2.27 per cent to 43c.