Home » Business » McDonald’s @ 25: A peek into its ambitious India plans 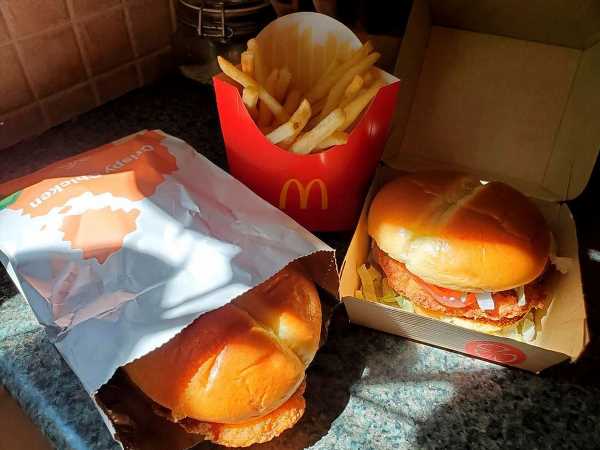 McDonald’s success menu will see the quick-service restaurant expand its ever-hungry ‘foodprint’ by doubling the number of joints and increasing its average unit volume by 35-40 per cent in five years. When Amit Jatia, vice-chairman of Westlife Development (WLDL), which operates fast-food chain McDonald’s in West and South India, wanted to become the American fast-food giant’s local partner in 1995, he had to first convince his family he would remain a staunch vegetarian.

As McDonald’s – home of the iconic Big Mac – completes 25 years in India, being one of the largest operators in the quick-service restaurant (QSR) segment in the country with over 300 outlets, Jatia has held on to the promise he made to his family.

Not one to sit back and watch anyone flip the Big Mac, he gets straight to the meat of the matter when he says McDonald’s success menu will see the QSR expand its ever-hungry ‘foodprint’ by doubling the number of joints and increasing its average unit volume by 35-40 per cent in five years.

It was in October 1996 that India saw its first McDonald’s restaurant in New Delhi’s Vasant Vihar. At first, the brand had two partners in India – Connaught Plaza Restaurants (CPRL), led by Vikram Bakshi looking after the North and East; and Jatia’s Hardcastle Restaurants (HRPL), focusing on the West and South, with whom a deal was signed in 1995.

HRPL is a wholly-owned subsidiary of WLDL.

There are around 480 McDonald’s outlets across the country now, of which 305 are managed by HRPL alone.

In terms of outlets, Subway dominates an 8 per cent chunk, followed by McDonald’s at 7 per cent.

As far as revenue goes, McDonald’s is still No. 2, with 11 per cent market share, followed closely by Kentucky Fried Chicken (KFC), at 10 per cent.

When asked about the expanding girth of competition, Jatia says, “I believe in brand recall. Our average unit volume is one of the highest in the world.

“The number of restaurants does not bother us. We are not chasing numbers, but top-line growth in India.”

Of this, international fast food brands like Domino’s, McDonald’s, Burger King, KFC, and Subway together account for 45 per cent of the total chains in India.

The brand has also been never short of controversies as it faced the heat from Hindu nationalist organisations like the Bajrang Dal and the Bharatiya Janata Party for alleged use of beef flavouring in the chain’s French fries.

Activists even ransacked an outlet in Thane.

However, the most recent blowout, which might have had a knock-on effect on the brand’s expansion plans in the West and North, was the feud between McDonald’s and Bakshi that kicked off in 2008, when it tried to buy out Bakshi’s 50-per cent stake.

Later, it took a legal turn in 2013, when Oak Brook, an Illinois-based company, removed him as managing director of CPRL.

After the dust settled on the legal run-in, McDonald’s bought out its stake in CPRL.

Talking about the legal fracas, Jatia says, “Both were two different markets; it had nothing to do with us.

“There was no stake or involvement with us. It had absolutely no impact from our point of view.”

He, however, concedes that growth in the North and West was indeed ‘near zero’ because of the fallout.