Home » Business » McDonald's claws back $105 million from fired CEO Easterbrook, accused of hiding relationships from board 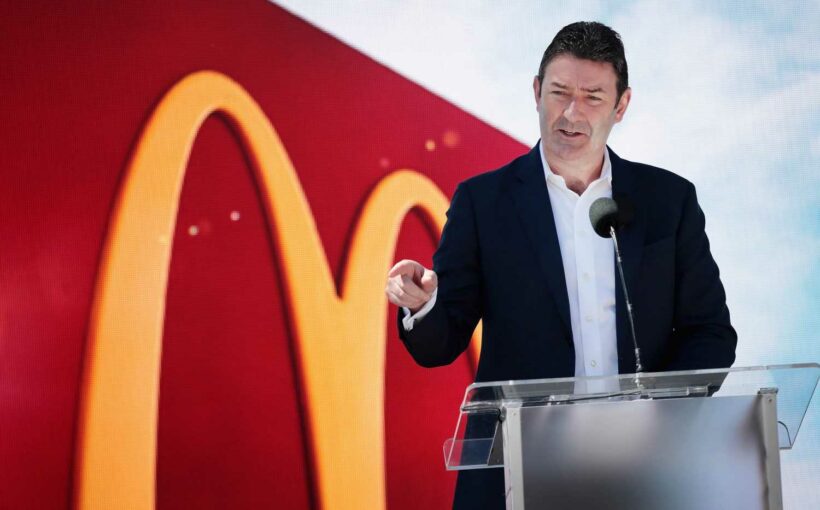 McDonald's announced Thursday it has settled its lawsuit against former CEO Steve Easterbrook, clawing back his severance payment valued at $105 million.

The fast-food giant first brought a suit against its disgraced ex-chief executive in August 2020, claiming he committed fraud and lied during the company's internal probe into his behavior months earlier. As a result of that investigation, the company's board found Easterbrook had a consensual relationship with an employee and fired him in November 2019. Despite their findings, the board still granted him a severance package that included cash and equity.

In the lawsuit, McDonald's alleged that new information about Easterbrook's actions came to light in July 2020, prompting further investigation from the company. A probe allegedly revealed that Easterbrook lied to the company and destroyed information regarding his inappropriate behavior, including three alleged additional sexual relationships with employees before his firing.

As part of the settlement, Easterbrook has returned the equity and cash awarded in his severance agreement, according to McDonald's. He also apologized for his conduct.

When granted in 2019, Easterbrook's severance was valued at $42 million by Equilar, which tracks executive compensation. Since then, the stock has climbed 37% to more than $264 per share.

"During my tenure as CEO, I failed at times to uphold McDonald's values and fulfill certain of my responsibilities as a leader of the company," he said in a statement. "I apologize to my former co-workers, the Board, and the company's franchisees and suppliers for doing so."

When the lawsuit was filed, it brought more to light than just Easterbrook's conduct as CEO. It also brought more scrutiny on McDonald's and its board.

Corporate governance experts questioned the board's initial investigation into Easterbrook, asking why the probe was completed so quickly and why its servers weren't checked, as is typical for those kinds of investigations. Easterbrook allegedly deleted emails from his phone, but the company didn't check internal servers until new information came to light.

Teamsters Local 237 Additional Security Fund and two affiliates have sued the company and board members, alleging they breached their fiduciary duty. Shareholders led by CtW Investment Group and New York City Comptroller Scott Stringer campaigned against reelecting two of McDonald's board members, although they ultimately failed.

Under current CEO Chris Kempczinski, McDonald's has been trying to change the perception of company culture by holding town halls with employees and other stakeholders and instating new companywide values.

"This settlement holds Steve Easterbrook accountable for his clear misconduct, including the way in which he exploited his position as CEO," McDonald's Chairman Enrique Hernandez Jr. said in a statement. "The resolution avoids a protracted court process and allows us to move forward. It also affirms the Board's initial judgment to pursue this case."

Shares of McDonald's have climbed 23% this year, bringing its market value to $204 billion.