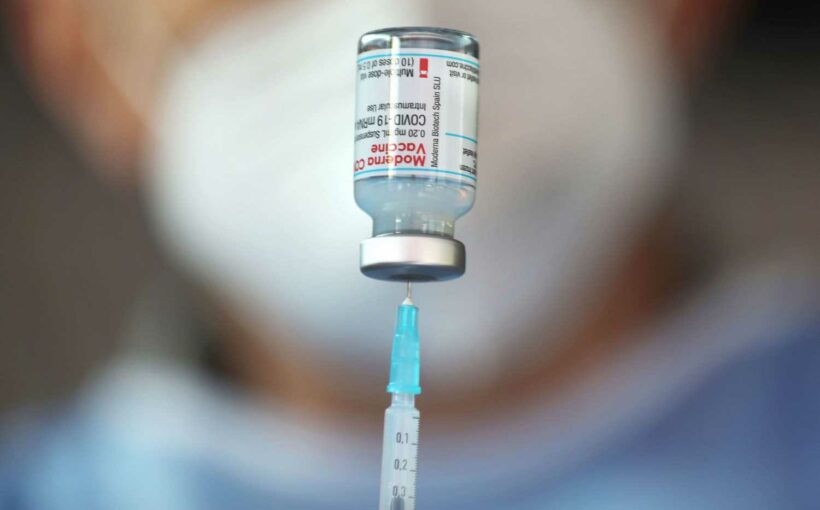 A booster shot of Moderna's Covid-19 vaccine generated a promising immune response against the B.1.351 and P.1 variants first identified in South Africa and Brazil, respectively, the company announced Wednesday, citing early data from an ongoing clinical trial.

In the trial, Moderna is testing a 50-microgram dose of its vaccine in previously vaccinated individuals. It found the booster dose increased neutralizing antibody responses against the original virus as well as B.1.351 and P.1, two variants that have since spread to other countries, including the U.S.

The company also said a booster shot of its other vaccine, which it is calling mRNA-1273.351, generated an even better immune response over its current vaccine against the B.1.351 variant from South Africa. The new vaccine is a variant-specific booster shot intended to target B.1.351.

The preliminary results, which Moderna says will be published online, have not yet been peer-reviewed.

"As we seek to defeat the ongoing pandemic, we remain committed to being proactive as the virus evolves," Moderna CEO Stephane Bancel said in a press release. "We are encouraged by these new data, which reinforce our confidence that our booster strategy should be protective against these newly detected variants."

Moderna said side effects were similar to those observed after the second dose of the vaccine in the previously reported studies. Side effects included pain at the injection site, fatigue and headache as well as muscle and joint pain.

The new data comes as drugmakers and scientists now say people will likely need a booster shot of the Covid-19 vaccines and possibly additional shots each year, just like for the seasonal flu.

Moderna's vaccine requires two doses given four weeks apart. Like Pfizer's and Johnson & Johnson's, the shot is highly effective against Covid, though company executives and officials now say they expect that strong protection to wane over time. Pfizer's vaccine is also a two-dose regimen while the J&J immunization is just one jab.

Pfizer scientist expects elderly, people with underlying conditions to be first to get Covid booster shots

Earlier Wednesday, U.S. health officials said highly contagious variants remain a "wild card" in their nationwide campaign to get most American adults vaccinated by the Fourth of July.

A Centers for Disease Control and Prevention report published Wednesday projected Covid-19 cases would surge through May — due to the highly contagious B.1.1.7 variant first identified in the U.K. — before sharply declining by July as vaccinations drive down infections. Still, variants threaten to reverse the nation's progress, officials said,

"We are seeing that our current vaccines are protecting against the contaminant variants circulating in the country. Simply put, the sooner we get more and more people vaccinated, the sooner we will all get back to normal,"  CDC Director Dr. Rochelle Walensky said during a White House Covid news briefing.

Bancel told CNBC last month that the company hopes to have a booster shot for its two-dose vaccine available in the fall.