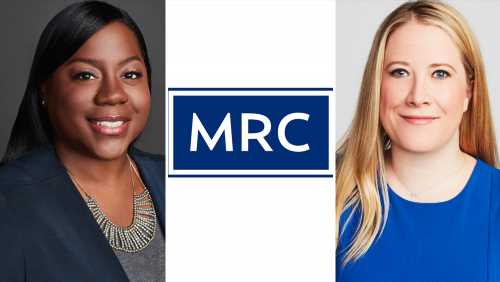 Robinson will report Spence. Spence will continue to report to MRC CEOs and Founders, Modi Wiczyk and Asif Satchu.

In her new role, Robinson will oversee external communications across MRC’s portfolio of TV, film, non-fiction and live & alternative. Robinson and Spence will work closely across internal and corporate communications, including awards, branding and MRC’s partnerships and investments.

“I’m proud to have Kristin as a partner, she is a very talented and well-respected communications executive, who will undoubtedly make an imprint on our team and business as we continue to elevate the story of MRC internally and across the industry,” said Spence.

“Emily has been an integral part of our leadership team; her communications expertise and insights have greatly impacted our success and culture,” said Wiczyk and Satchu. “It’s been gratifying to see her build an expert, cross functional team to support our evolving business, and we look forward to her continued journey here.”

At Shondaland, Robinson served as chief communication strategist for Shonda Rhimes and led all communications and marketing for the brand, including consumer products, immersive experiences, partnerships, Shondaland.com, the launch of Shondaland Audio, and the promotion of the company’s broadcast and streaming content including global hits Bridgerton, Grey’s Anatomy and upcoming Inventing Anna.

Prior to Shondaland, Robinson was the Director of Communications at OWN: The Oprah Winfrey Network, where she led campaigns across the network’s dramas, specials and documentaries and managed publicity for Oprah’s Book Club and Winfrey’s entry into podcasts. She also held corp comm roles at Lionsgate in  Corporate Communications and Investor Relations, Fox Cable Networks and Nashville-based PR firm Dye, Van Mol and Lawrence (DVL) where she crafted strategies for brands such as Jack Daniel’s and the J.M. Smucker Company. Robinson began her career at the Kellogg Company.