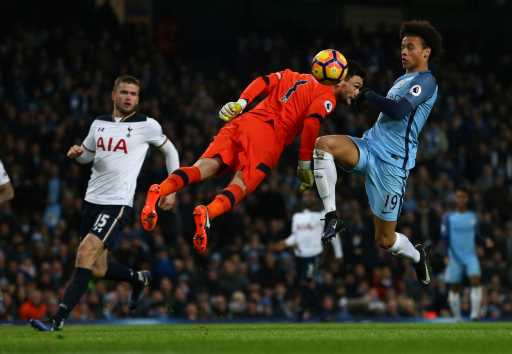 NBCUniversal has extended one of its key sports properties, Premier League soccer, for another six years.

From the 2022-23 season through 2028, 380 matches will be carried across the company’s broadcast, cable and streaming outlets. Games will be on NBC, USA Network, Peacock, Telemundo, Universo, and other places to be announced. Premier League matches first appeared on NBCU in 2013.

With ESPN and ViacomCBS also pursuing the rights, bidding reached a reported $2 billion for the package. Terms were not disclosed in NBCU’s announcement. That’s roughly double the current amount paid by NBCU.

Peacock has kept most viewership metrics close to the vest, but NBCU chief Jeff Shell has said Premier League matches are a top driver of subscriptions to the streaming service’s premium tier. In a conference call with the media to discuss the rights deal, NBC Sports Chairman Pete Bevacqua described the league as a “powerful element” for Peacock in particular.

One significant change in the company’s portfolio is the pending demise of the NBC Sports Network, which is due to wind down at the end of this year. Its programming is moving to USA and Peacock.

“We are excited to come to this long-term extension with the Premier League,” Bevacqua said in the official announcement. “Our Premier League team, led by Jon Miller, has been incredibly dedicated to growing the Premier League in the United States over the last nine years. This new agreement is also a testament to the hard work of production, marketing and other areas of our company, as well as the tremendous partnership that has been established with the leadership and club owners of the Premier League.”

Richard Masters, Premier League Chief Executive, saluted nine years of partnership with NBCU. “NBC Sports has significantly strengthened the popularity of the League in the United States in that time through its fantastic coverage and promotion,” he said.

While soccer viewership has never matched that of sports like the NFL in the U.S., it has grown steadily. Premier League matches, while they feature teams considered at the top of the quality ladder, are not the only ones shown in the U.S. Major League Soccer and U.S. national team play also draw consistent audiences.