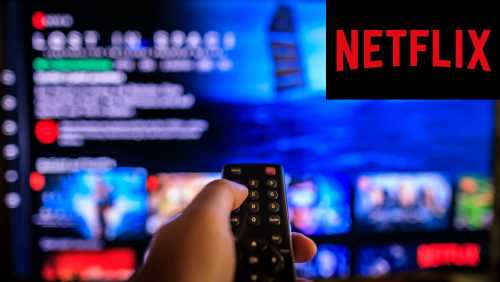 Today brings a major milestone in the streaming business, as Netflix introduces its new advertising-backed subscription tier in eight countries.

At 9 a.m. PT, the Basic With Ads plan will go live in the U.S., UK, Australia, Japan, Brazil, France, Germany, Italy and South Korea. It has already lit up in Canada and Mexico, and Spain will follow on November 10. Pricing varies by region, but at $6.99 a month in the U.S. the plan is toward the low end of the streaming spectrum, a dollar cheaper than Disney’s forthcoming tier with ads and less than half of the most popular option, which costs $15.49.

One initial focus with the rollout will be the programming mix. Having built a powerhouse of streaming on the premise of an ad-free experience for both consumers and creators, it isn’t possible for Netflix to simply throw the switch and have all titles available both with and without ads. Instead, the move has required a months-long process of obtaining rights and revising contracts. The company’s chief operating officer and product chief, Greg Peters, described the 5% to 10% of programming that will be missing at launch as “a small minority of viewing.”

What makes it and what doesn’t is “all based on deals,” Peters said, “so it’s not a specific studio. It’s mostly about what the state of the deal was and, again, we’ll work to reduce that number over time.”

Basic with Ads features four to five minutes of ads per hour, with both series and feature films being interrupted by spots. New movies coming to the service — notably marquee originals like Knives Out 2 — “will just have a pre-roll” of spots before the feature plays without interruption, Peters said. “We’ll try to preserve that sort of cinematic model there,” consistent how most rivals handle it, he said. By contrast, movies that have “been on the service for a while,” Peters said, will have a more “traditional” combination of pre-roll and mid-roll ads, albeit with “less frequent” breaks.

Jeremi Gorman, head of worldwide advertising for Netflix, said last month that inventory was nearly sold-out, with several hundred advertisers in the mix, though execs have been mum on specific rates. Wall Street analysts have predicted that advertising could bring in several billion dollars a year in revenue within the next few years. Netflix execs also believe it won’t cannibalize the existing subscription business, in part because of the features and functionalities of higher-priced plans. On the $15.49 version in the U.S., for example, subscribers get 1080p resolution, with many titles in 4K, and multiple concurrent streams available. Basic with Ads is 720p, a lower picture quality, and just one stream is allowed, with no downloads.

As far as the categories of ads viewers can expect, there should be the typical mix of beer, cars, fast-casual restaurants, travel and consumer packaged goods. Political will be a no-fly zone, which is notable given how meaningfully they have surged in linear TV in recent election cycles, and other no-gos will include guns, smoking or plugs for any products and services Netflix deems illegitimate.

The addition of lower-cost ad tiers from Netflix and Disney, which join similar offerings from HBO Max, Peacock and Paramount+, signals the start of a new leg of the streaming race. Initially, advertising in the sector was reserved for free services like Pluto and Tubi, where advertising was their only source of revenue. Now, Apple TV+ remains the only major player without an ad-backed option for consumers, so a new balancing act for streaming players will begin. They’ll need to balance the number of new customers and advertisers they can attract without alienating the ones who were initially drawn to a media environment devoid of that decades-old fixture: the 30-second spot.