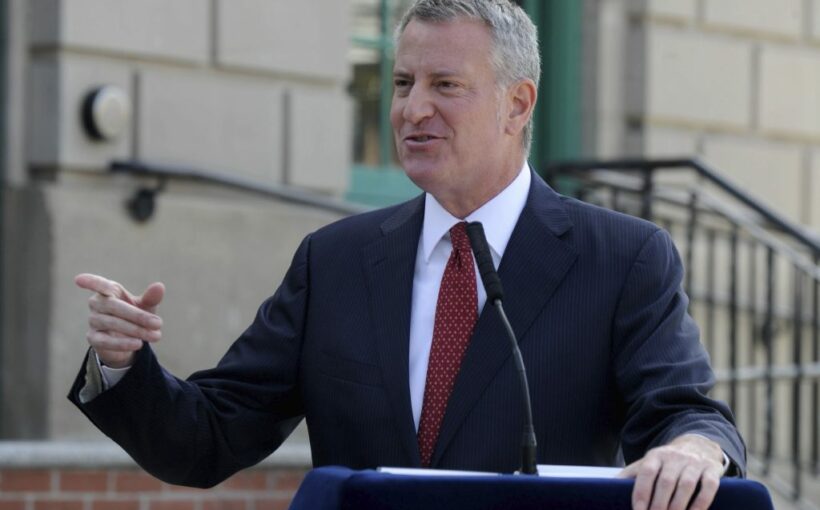 The low rate of vaccination compliance by New York’s finest has lame duck Mayor Bill de Blasio threatening to withhold pay checks from the police and other city workers.

Under the mayor’s mandate, all city workers must be vaccinated or be tested weekly for the disease. That order goes into effect on Monday,with an estimated 340,000 city workers under its guidelines.

“If someone, again, does not follow that mandate, that’s true, eventually, they’re not going to be paid, obviously,” de Blasio said in a press conference on Thursday.

The mayor has long had a contentious relationship with NY police, who feel his backing of no bail and lax incarceration of repeat offenders make their job more difficult.

As of this week, 53% of NYPD employees have received one dose of the vaccine, compared to about 79% of adults in New York City, according to data obtained by the Gothamist from the NYC department of health.

The NYPD has among the lowest vaccination rates of any city agency, the New York Times previously reported.

The Police Benevolent Association of the City of New York, the largest municipal police union in the world, said it will oppose the mayor. It claims that since police will not be paid during the time spent being tested (something they were promised) that members have a right not to comply.

“Contrary to our previous conversations with the Department, the order indicates that unvaccinated MOS must obtain a COVID-19 test on their own time,” PBA president Patrick J. Lynch wrote in a memo that was shared with Business Insider. “In the PBA’s view, any testing mandated by the Department must be conducted on job time and at the city’s expense, and any test received outside of the MOS’s regular working hours should be subject to overtime compensation.”

The PBA said it would file a grievance on the issue.