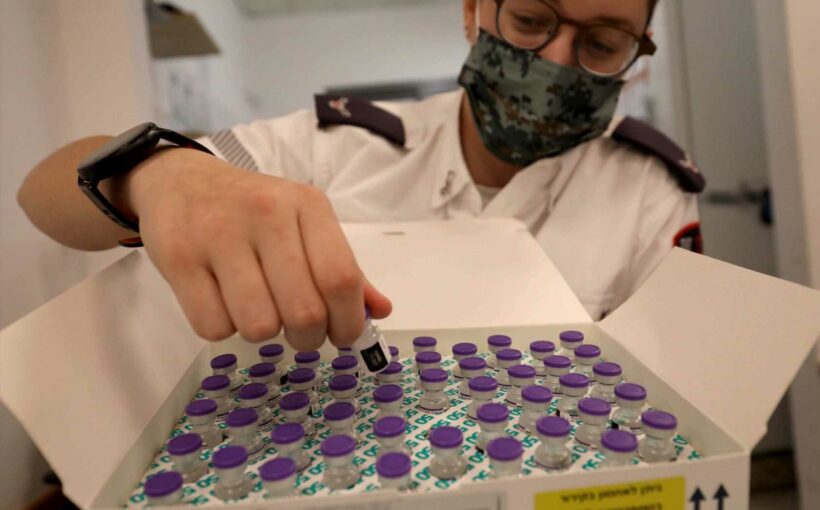 National Institutes of Health Director Dr. Francis Collins is advising fully vaccinated Americans to get their Covid booster shots to prevent breakthrough cases over the holidays, citing data from Israel that showed the waning effectiveness of Pfizer and BioNTech's Covid-19 vaccine against the delta variant.

The team from Technion-Israel Institute of Technology, Haifa, analyzed nearly 4.8 million fully vaccinated adults, 13,426 of whom tested positive for Covid. Though Collins noted that the chances for breakthrough cases are "relatively uncommon," the Israeli researchers found higher rates of infection across all age groups among individuals who received their second dose in mid-January than those who completed their shots in February and March.

"While the Delta variant surely has played a role in the resurgence of COVID-19 in recent months, these findings suggest that waning immunity also is an important factor," Collins wrote in a blog post on the NIH's website on Tuesday. "Understanding these dynamics is essential for making critical policy decisions."

Israel began allowing anyone 60 and older to get vaccinated on Dec. 20. Researchers reported 3.3 confirmed infections per 1,000 people in that age group who received their final shots during the second half of January, the highest rate of cases tallied during the study period from July 11 through 31.

"The association between the rate of confirmed infections and the period of vaccination provides a measure of waning immunity," the report, published Oct. 27, said. "Without waning of immunity, one would expect to see no differences in infection rates among persons vaccinated at different times."

Though the researchers said they found similar results across age groups, the study warned that the waning immunity in individuals 16 to 59 could be biased, since mostly health-care personnel and people with immunocompromised conditions in that age range were eligible for vaccination in January and February.

Researchers also didn't "separate the contribution of vaccine breakthrough due to waning immunity from the contribution due to the change in the dominant variant" this summer. Over 98% of Israel's positive cases originated from the delta variant as of June, the report said, noting that the analysis demonstrated the impact of waning immunity against delta specifically.

The study added that Israel's Ministry of Health used the findings to justify authorizing boosters at least five months after receiving Pfizer's second dose on July 30. Collins said the Israeli data helped influence the CDC's decision to recommend boosters from Pfizer, Moderna and Johnson & Johnson this fall as well.

Boosters are available in the U.S. for Pfizer and Moderna recipients 65 and older, adults with conditions that could cause Covid complications, anyone 18 and older living or working in congregate settings and front-line employees with the potential for exposure to the virus. All adult J&J recipients are eligible for a booster no matter their medical or occupational risk factors.

Israel started by administering boosters to those over 60 in July, but Prime Minister Naftali Bennett announced on Aug. 29 that anyone 12 and older could get a third shot.

Pfizer CEO Albert Bourla said in July that the effectiveness of the company's Covid vaccine fell to roughly 84% within four to six months after getting the second dose. But Israeli data published that month indicated Pfizer's vaccine was just 16% effective at preventing symptomatic disease in recipients who completed their series of shots in January.