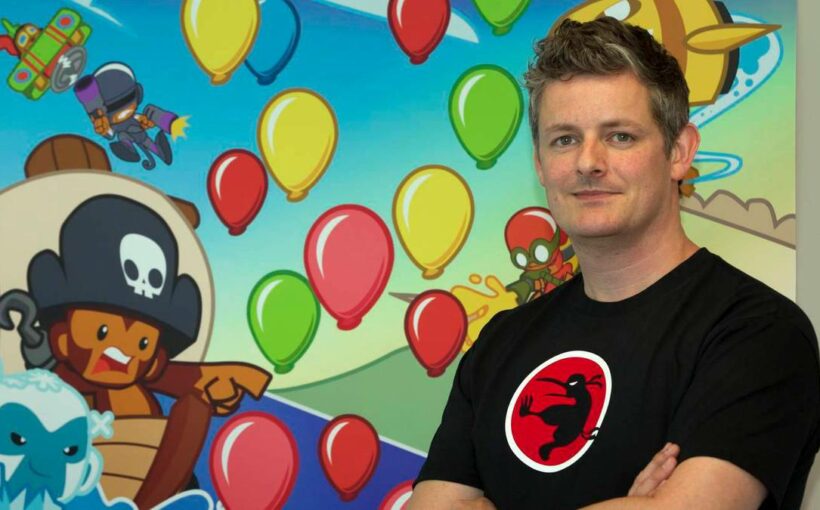 Ninja Kiwi was formed by Kumeu brothers Chris and Stephen Harris in 2006 – who each held a 50 per cent share ahead of the deal, which will be subject to Overseas Investment Office approval.

It specialises in games for smartphones and tablets. MTG was attracted to Ninja Kiwi’s hit title “Bloons” – the latest version of which sells for $8.99 for iPhone or Android.

Ninja Kiwi has never released any financials, but the NZTE-backed Technology Investment Network estimated its 2020 revenue at just over $50m.

In a statement, MTG said, Bloons would take it into a new gaming genre, tower defence strategy games, with a total of approximately 140 million downloads to date and 6.2 million monthly active users.

The Harris brothers formed Ninja Kiwi in 2007 and released the first version of Bloons the following year.

It was an international hit by the time of Bloons Tower Defence 5, which hit number two in the US App Store charts within 24 hours when it was released in 2012 – where it has been a fixture since.

The same year, Ninja Kiwi bought Scottish game developer Digital Goldfish for an undisclosed sum, doubling its staff to 35 in the process.

Ninja Kiwi has 70 employees today, split between its Auckland, New Zealand headquarters and an office in Dundee, Scotland.

“We’ve spent 15 years building something really special here at Ninja Kiwi. From the early beginnings in Stephen’s spare bedroom we’ve grown into a much more grown-up company and have the big boy pants to prove it,” Stephen Harris said in a message to Ninja Kiwi players.

“But some things we’re not so skilled at, and this is the opportunity that pairing with MTG offers. MTG and its group of gaming companies brings tremendous strength in several areas. Marketing is a good example of an area where our skill set is pretty light. We don’t have a single marketing person on staff after many years of doing this.”

With the deal, Ninja Kiwi becomes the third-big local tech company to fall into offshore control this month.

The string of sales has reignited debate over the pros and cons of selling offshore, with lost intellectual property and profits, and a patch record on keeping local jobs, balanced against money being recycled into the local startup ecosystem.

The action does go in both directions, too. Yesterday, Wellington-based, ASX-listed Xero said it was buying Swedish e-invoicing company Tickstar in a deal worth up to SEK 150 million ($23.4m).

With “little government funding” – a stark contrast to the film industry and other creative sectors – the NZGDA is seeking to address the funding, gap, in part, with its Kiwi Game Starter initiative, bankrolled largely by industry players including Grinding Gear Games and PikPok.

Battlecruisers by MechaWeka was the $10,000 runner-up.

The winner was chosen from 26 total entries, judged on their originality, aesthetics, production and commercial viability.