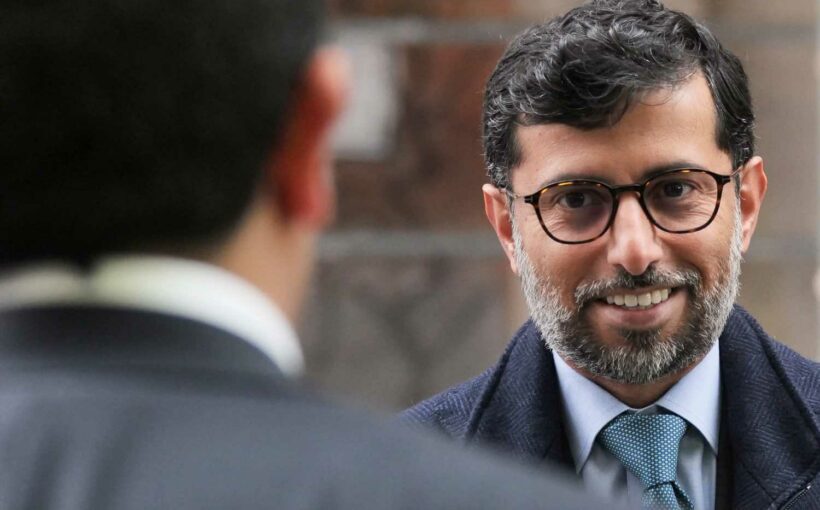 The United Arab Emirates' energy minister on Wednesday defended OPEC and its allies' decision to not increase oil supply to the market, despite U.S. pressure to pump more.

"I would encourage people to calm, trust us," Suhail al-Mazrouei told CNBC's Hadley Gamble from the Adipec energy forum in Abu Dhabi.

Al-Mazrouei said he has received calls from different countries' ministers asking him to take action, but added that OPEC intends to "follow the facts."

He pointed to EIA predictions that suggest an oil surplus in the first quarter of next year.

"In 2022, we expect that growth in production from OPEC+, U.S. tight oil, and other non-OPEC countries will outpace slowing growth in global oil consumption and contribute to Brent prices declining from current levels to an annual average of $72/b," the EIA's November report said.

"It's going to soften in the first quarter, and we will start to see build up in the inventories in 2022," said al-Mazrouei on Wednesday.

"That's what the experts said, and we agree with them, in OPEC," he said.

Not everyone agrees, however.

Helima Croft of RBC Capital Markets said that, in practice, OPEC+ is not increasing production as planned because "a number of countries are unable to reach their targets, in part because of lack of investment."

"The question is, are we going to still be short barrels when it comes to the first quarter, if it's a cold winter especially, and there's greater demand for oil because of switching needs," Croft, who is managing director and global head of commodity strategy, told CNBC on Tuesday.

Both U.S. crude and Brent crude futures have risen more than 60% so far this year after demand increased when pandemic restrictions were loosened.

"The idea that Russia and Saudi Arabia and other major producers are not going to pump more oil so people can have gasoline to get to and from work, for example, is not right," Biden said on Oct. 31.

— CNBC's Natasha Turak and Matt Clinch contributed to this report.