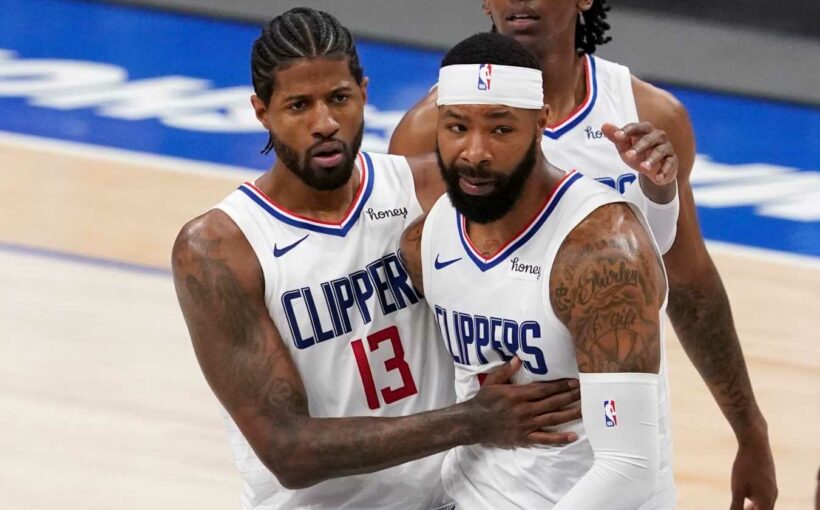 The Clippers finished with a 118-108 win over the Dallas Mavericks on Friday at American Airlines Center, and the Game 3 result means more than just reducing the Mavs’ first-round series lead to 2-1. Considering no NBA team has ever overcome a 3-0 series deficit, the Clippers essentially salvaged their season.

Fair enough. But the Clippers would have shown everything had they lost.

PG talks the difference in play between the first 2 games of the series and tonight’s🎙#ClipperNation | @LAClipperspic.twitter.com/NdmecGrBl9

The Clippers avoided another disappointing playoff exit after squandering a 3-1 series lead to the Denver Nuggets last year. The Clippers delayed an uncertain offseason that could have featured Kawhi Leonard leaving as a free agent, George getting dealt in a trade or even owner Steve Ballmer relocating the franchise to Seattle. The Clippers showed they actually can win this playoff series after showing little evidence that they could in their first two losses.

"We finally have figured out how we want to attack offensively," Clippers coach Tyronn Lue said. "We understand what we need to do defensively and how to limit our mistakes."

SIGNS OF LIFE: Celtics back in series vs. Nets behind Tatum's 50 points

Technically, the Clippers did not secure Game 3 until closing the final 8:13 with a 24-17 run. Leonard scored nine of his team-leading 36 points. Dallas also went 3-of-9 from the field while committing two turnovers. But the Clippers ensured the win well before that moment after showing some of their worst qualities.

It started after the Clippers lost their first two games in L.A. Then, Mavericks star Luka Doncic scored almost anytime he tried. When he faced double-teams, Doncic either powered through them or found connected with Kristaps Porzingis or a role player for buckets. As George admitted, "we didn’t show any defense the first two games."