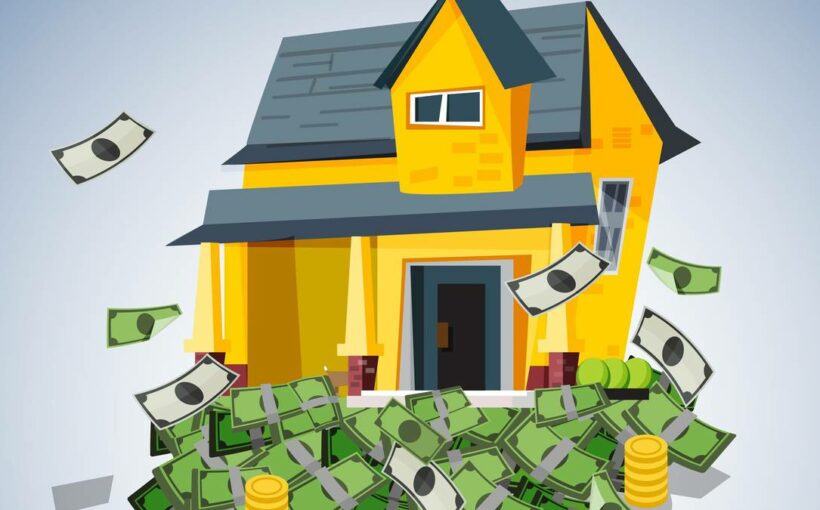 Are real estate prices today the equivalent of bread prices? It’s a question that was recently asked by a trade union leader in Germany, where there has been a push to seize corporate-owned rental units and put them in public ownership. Many Dutch cities want to ban investors from buying cheap homes to rent out.

South Korea’s ruling party took a beating in mayoral elections for failing to stop a 90 per cent hike in the average price of a Seoul apartment. China’s president Xi Jinping has made affordable housing a huge part of his common prosperity theme, saying that housing is “for living in, not speculation”.

We know home prices are inflated in many places. But a new study from the McKinsey Global Institute, which tallies up the balance sheets of 10 countries that represent 60 per cent of global income (Australia, Canada, China, France, Germany, Japan, Mexico, Sweden, the UK and the US), has some eye-popping numbers about just how much money is in real estate, and why.

The study, entitled “The Rise and Rise of the Global Balance Sheet”, looked at real assets, financial assets and liabilities held by households, governments, banks and non-financial corporations. It found that two-thirds of net worth is stored in residential, corporate and government real estate as well as land. For all the talk of digitalisation, it seems that bricks and mortar are the new bricks and mortar.

How did this happen? And what are the implications?

The McKinsey study found a strong inverse correlation between net worth relative to gross domestic product and five-year rolling averages of nominal long-term interest rates. The authors believe that declining interest rates have played a decisive role in lifting asset prices of all sorts, but particularly real estate prices. Constrained land supply, zoning issues and over-regulated housing markets also helped push up values. The result is that home prices have tripled on average across the 10 countries.

The ramifications are troubling. For starters, asset values are now nearly 50 per cent higher than the long-run average relative to income. Net worth and GDP have traditionally moved in sync with each other at the global level, with some country-specific deviations. Now, wealth and growth are completely disconnected. This is, of course, behind much of the populist anger in politics today. Affordable housing in particular has become a rallying cry for millennials who can’t afford to buy homes and start families as early as a previous generation did.

That, in turn, generates a headwind to consumption growth, since they aren’t buying all the things that you put in a house, either. But it also fuels inflation in rents, since so many people can’t afford to buy. That supports the idea that we could be heading into a 1970s stagflation era.

Much of the disconnect between wealth and growth stems from too much money in real estate. But another aspect of the problem is that there’s just not enough money moving into more economically productive places. While higher asset prices accounted for about three-quarters of the growth in net worth from US$150 trillion ($212.3t) in 2000 to US$500t in 2020, savings and investment made up only 28 per cent of the increase in balance sheets.

Given that investments such as infrastructure, industrial equipment, machinery and intangibles are what actually drive productivity and innovation, that’s very bad news. With the exception of China and Japan, non-real estate assets made up a lower share of total real assets in the 10 countries today than 20 years ago. What’s more, despite the fact that digital trade and information flows have grown exponentially over that time, intangibles are a mere 4 per cent of net worth.

This may be because, as the authors observe, “for their mostly corporate owners, the value of intangible assets is assumed to decline rapidly due to obsolescence and competition, even if their value to society may have a much longer shelf life”. That’s a bit of a numbers game. The study notes that, by removing any depreciation of amortisation from the measurement of intangibles over the past 20 years, you would quadruple their value (which may actually justify the share prices of certain seemingly frothy technology stocks).

Still, for all the talk of blockchain, cryptocurrency and big data, it’s rather amazing that most 21st-century wealth still lives in the oldest asset class of all: bricks and mortar. What lessons should we take from this? First, it seems increasingly clear that low interest rates haven’t done much for business investment. Second, and more encouragingly, the big government spending programmes of the post-Covid era present a new opportunity to try and push money into more productive sectors, which could ultimately bring wealth and growth back into alignment.

Third, affordable housing is the most pressing economic issue of the moment. Technology-driven mobility and increasing work flexibility in the post-pandemic era may ease some of the pressure. More likely, we’ll need to rethink urban zoning and encourage more density, as California has already done. We will also have to find ways to tax property based on some combination of capital appreciation but also income, so as not to penalise pensioners. Only by fixing housing can we rebalance our global ledger.