Home » Business » Over $7.7 billion stolen in crypto scams in 2021 and 4 other updates you should know 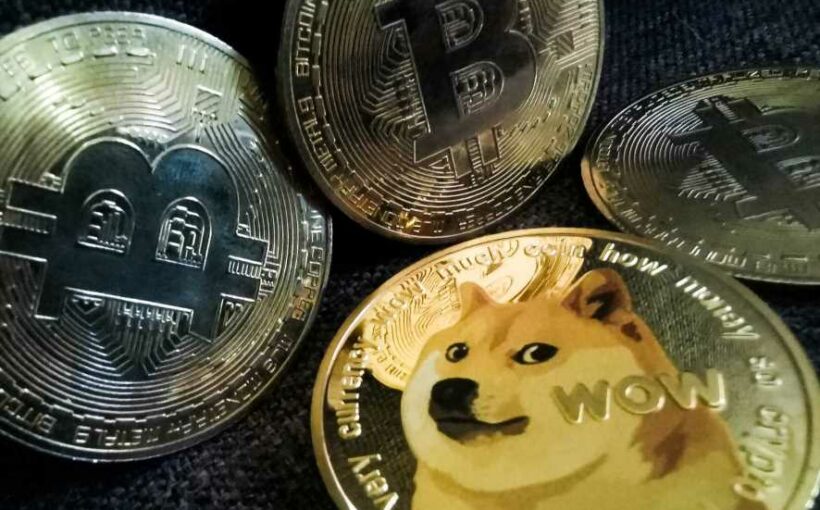 The top cryptocurrencies by market value remain in the red this week.

But a few cryptocurrencies in the top 10 managed to withstand the downturn. Terra's LUNA is up over 29% in the last week and is now trading at $80, according to Coin Gecko. Avalanche's AVAX is also up 29% in that time frame and is currently trading at $113.

Along with price movement, here are five important things that happened in the crypto space last week.

1. Elon Musk said that Tesla will accept dogecoin as payment for merch

On Tuesday, Elon Musk tweeted that Tesla will "make some merch buyable with Doge and see how it goes."

The meme-inspired cryptocurrency spiked as much as 23% following his tweet. Since, the price of dogecoin has leveled, currently trading at around 17 cents, according to Coin Metrics.

Musk has consistently been a supporter of dogecoin. The Tesla and SpaceX CEO is invested in it, along with bitcoin and ether, he said in October.

Also on Tuesday, a glitch on exchange Coinbase and price-tracker CoinMarketCap listed inaccurate prices of cryptocurrencies, most of which appeared to be overblown and inflated in value.

Coinbase and CoinMarketCap users were confused, as this issue drastically altered many wallet balances on the platforms.

The issue has since been resolved on both Coinbase and CoinMarketCap.

Coinbase blamed CoinMarketCap and its pricing data for its glitch, but the the exact cause is still unclear.

During a Senate Banking Committee hearing on Tuesday, members discussed stablecoins, which are cryptocurrencies that are meant to be pegged to a reserve asset like the U.S. dollar.

Chairman Sherrod Brown, D-Ohio, shared his thoughts on stablecoins and their risks in his opening statement.

"Let's be clear about one thing: If you put your money in stablecoins, there's no guarantee you're going to get it back," Sen. Brown said. "Stablecoins and crypto markets aren't actually an alternative to our banking system. They're a mirror of the same broken system — with even less accountability and no rules at all."

Senator Elizabeth Warren, D-Mass., agreed. "Stablecoins pose risks to consumers and to our economy," she tweeted following the hearing.

"They're propping up one of the shadiest parts of the crypto world, DeFi, where consumers are least protected from getting scammed. Our regulators need to get serious about clamping down before it is too late."

Over $7.7 billion was stolen in cryptocurrency scams worldwide in 2021, according to a new report by blockchain analytics firm Chainalysis. That's an 81% rise compared to 2020.

Rug pulls, a type of scam where developers abandon a project and leave with investors' funds, became the "go-to scam" of the decentralized finance, or DeFi, ecosystem, Chainalysis wrote in its report.

Over the weekend, RadioShack announced that it's shifting to be a DeFi platform, "bringing cryptocurrency to the mainstream," its updated website says. "Our mission is to be the first protocol to bridge the gap in mainstream usage of DeFi."

It plans to launch its own token, called RADIO, at some point in the future, the website reads.