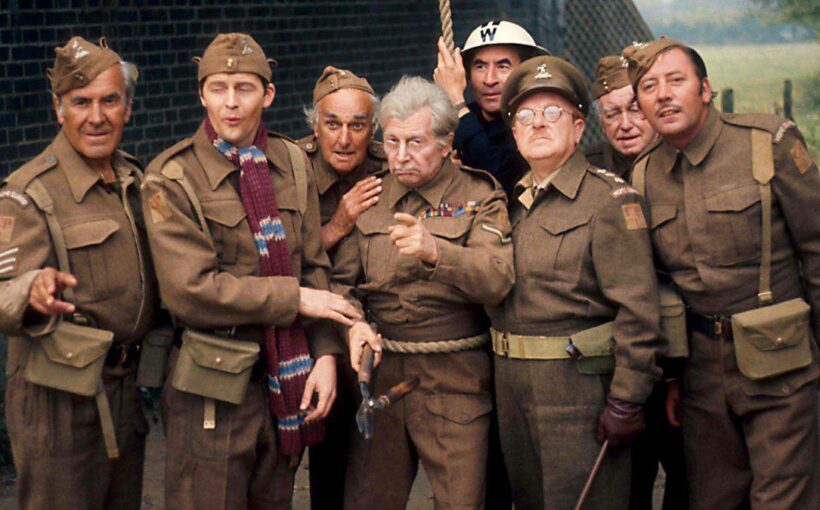 Occasionally, an administrative error or maybe an unanticipated gardening accident to the incumbent, will cause the mediocre to be promoted to the position of boss. Should this happen to you, keep a calm head, try not to panic and don’t be too eager to accept this as a fast track to a business Knighthood. Here are some suggestions which might help you keep yourself afloat in the shark tank before the water turns either red or brown.

What are you trying to do?

When you’re first promoted ask your own boss what they expect you to achieve. With a clear aim in mind your decision making becomes much simpler: just ask yourself which of the options would bring you closer to reaching your goal then choose it.

You might have been better than most people at your old job. But you’re currently worse than everyone else at your new one.

Meet the new boss, same as the old boss

It can be useful to find a role model for your newly acquired seniority but be careful who you choose. Sometimes people who have worked for awful bosses conclude that this is the way of the boss and that therefore they should follow suit. So, while your own boss may have been lazy, demanding, arrogant and spiteful, it’s advisable not take this as a job description. Instead, maybe look at how as an underling you would have liked to be treated and try to act accordingly. It doesn’t mean you should be acquiescent, and hand out pay rises to everyone who brings you an apple but trying to be fair and honest is a start. Or so I’ve been told.

It may sound daft, but many promotees find themselves in a new job without anyone telling them what they’re actually supposed to do. When I first found myself promoted, even before putting my feet on the desk in my corner office, I emailed those I’d considered good bosses from my past. The main reason was to brag about my new role and show them that I wasn’t such a loser as they’d thought, but I also asked them for advice. At the same time, I regularly met with mates who were doing a similar job and thus we became parallel mentors. At least that’s how I saw it, maybe they ignored everything I said. Whenever you’re doing something for the first time – from getting married, to changing a tap washer, advice from someone who’s done it before is invaluable. Sadly, life doesn’t come with an online instruction manual, but even if it did it would probably be written in Swedish.

Don’t rush into it. Give people time to get used to the way you work before making any decisions. Some of the seemingly most unhelpful people can, with a bit of encouragement, become useful allies. (Some.)

Some people believe that the art of management is learning how to delegate and that once you’ve sorted that you won’t have much to do yourself. Good luck with that.

I would suggest that you view staff as family rather than friends. You choose your friends, and dump them if they get annoying, but it’s not easy to fire either your family or your staff.

From time to time an employee will come to you with a job offer from elsewhere that you can’t match. Should you wish to keep them, then explain the advantages of staying (if there are any). If they still wish to leave, then pat them on the back and wish them well. There’s really no need to be unpleasant to anyone just because they think there’s a better opportunity elsewhere. Wouldn’t you do the same? While a degree of consistency is generally a good thing, an element of turnover around the edges helps keep things from getting stale. If there’s a mass exodus, then someone is doing something wrong and it’s probably you.

Being a boss isn't for everyone

Don’t get a mortgage on a new house just yet. Spend a few months in the job before making any extended financial commitments. Yes, you are probably getting more money, but along with that goes more stress, longer hours, and greater outside-work commitments. You may find that this isn’t a deal you’re comfortable with and may hanker for the old carefree days. There’s also the possibility that somebody might notice that you’re not actually very good at your new role. A not-very-good junior can last for years without anyone really caring, but a newly promoted incompetent sticks out like dog poo on a bowling green.

Listen to your people

Try and find a trustworthy confidant among your staff (and no, I don’t mean a teacher’s pet). Somebody who will keep you informed about how the troops are feeling and give you honest feedback on your perception. I thank those who stopped me making some major mistakes and helped cover-up for my inadequacies. Every Captain Mainwaring needs a Sergeant Wilson.

• Paul worked in advertising at a quite good level across New Zealand, the UK and Australia including co-founding an agency in Auckland. This is a series of articles about how to make the best out of maybe not being the best.