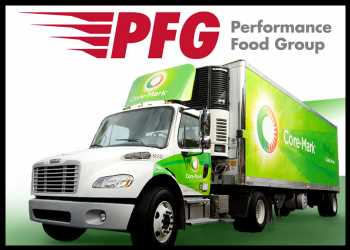 In pre-markey activity on Nasdaq, Core-Mark shares were gaining around 9 percent to trade at $45.86.

Performance Food expects the deal to be accretive to its adjusted earnings per share in the first full fiscal year following the close. Further, annual run-rate net cost synergies of approximately $40 million are expected to be achieved by the third full year after closing.

The deal has been unanimously approved by the Board of Directors of each company. Upon closing of the transaction, Core-Mark shareholders will own approximately 13% of the combined company.

Core-Mark expects to continue paying its current quarterly dividend through the completion of the transaction.

Core-Mark, a major wholesale distributor in the foodservice and convenience retail industry, generates approximately $17 billion in net sales. It employs around 7,500 people and operates 32 distribution centers across the United States and Canada. The company provides services to around 40,000 customer locations in all 50 states in the U.S., five Canadian provinces and two Canadian territories.

In addition, at least one current Core-Mark director will be added to the PFG Board of Directors.

Performance Food said the acquisition is not conditioned on financing, and expects to fund the cash consideration with borrowing from its asset-based revolving credit facility and the issuance of new senior unsecured notes.