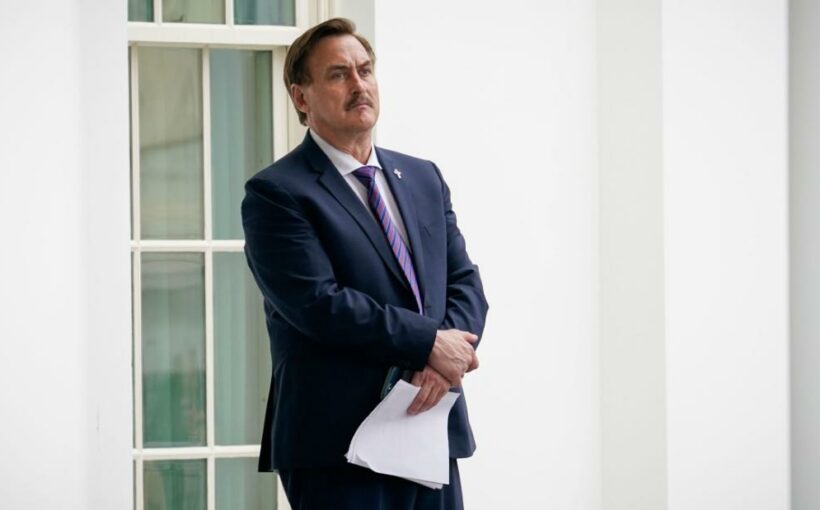 New York (CNN Business)Bed Bath & Beyond has stopped selling MyPillow products following CEO Mike Lindell’s support of the January 6 insurrection and his continued false statements questioning the validity of the US presidential election.

The retailer said in a statement Tuesday that it’s discontinuing the sales of a “number of underperforming items and brands,” which includes MyPillow. Bed Bath & Beyond (BBBY) said it’s part of its broader plan of selling more in-house brands when they debut this spring.
Lindell, a major Republican donor, said in an interview with a right-wing broadcaster that the retailers are “scared” and blamed “leftist groups” for pressuring the retailers into dropping his product. He said that Wayfair, Kohl’s and HEB also stopped selling MyPillow products. The three companies didn’t respond to CNN Business’ requests for comment.

Despite the violence at the Capitol two weeks ago, Lindell has held firm with his support of President Donald Trump. He called the attack “very peaceful” and blamed “undercover antifa that dressed as Trump people” for the chaos, according to The New York Times. “Donald Trump will be our president for the next four years,” he said earlier this month.
Lindell was spotted at the White House last Friday with pages of notes that appear to outline a series of recommendations including installing a Trump loyalist as the acting CIA director. He also has presented other false conspiracy theories echoed by Trump since the election.

Founded in 2004, MyPillow has grown beyond selling pillows and now has a variety of household goods and even face masks. The privately held company has sold more than 40 million products, with a “huge number of them directly to consumers” through its website and hotline, reported Bloomberg. MyPillow is a steady advertiser on right-leaning TV networks, including Fox News and Newsmax.
The Better Business Bureau currently gives MyPillow an “F” for its confusing pricing and discount tactics. The pillow itself has also earned low ratings from Consumer Reports because it’s too lumpy.
Source: Read Full Article