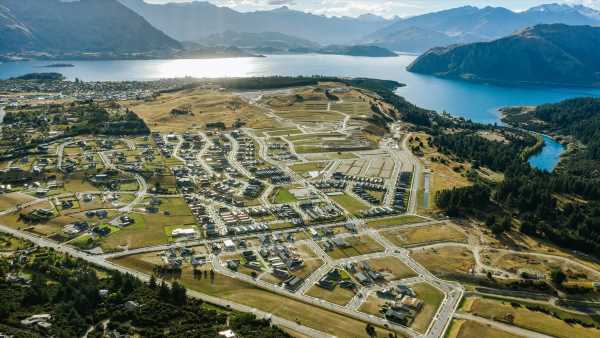 Two fund managers are mixed in their reaction to a $350 million initial public offering of Winton Land on the NZX and ASX.

This week, Winton founder Chris Meehan confirmed the float would go ahead this month, that Macquarie Asset Management would subscribe to $200m of shares and it had additional commitments for over $100m from wealthy investors.

Frances Sweetman, a Milford Asset portfolio manager and sustainable investments head, said Winton would offer something different to other listed property stocks and potentially had a unique position.

“Winton is a very different proposition for New Zealand investors. There are no other pure land development businesses listed on local markets and its retirement business is very early stage. This makes it difficult to value,” she said.

“Further, markets are clearly nervous about rising interest rates and the impact this will have on house prices and construction/development markets. This is demonstrated by the share price performance of housing leveraged exposures such as retirement villages and construction,” she said.

“However, Winton appear to have a highly competent management team and have hired a well-regarded executive for their retirement business in Julian Cook. Management is very important in these higher-risk businesses,” Sweetman said.

“Securing Macquarie Asset Management on the register is a good corroboration of the investment case – they generally invest over longer time frames and can have a higher risk appetite than listed investors because they can get closer to the business, but are known as savvy operators with a good track record.

“We have had an initial meeting with Chris Meehan and his team and were very impressed with them and their track record and their very ambitious plans.

“They have been quite smart in getting Macquarie and a group of high net wealth individuals on board as it makes the remainder quite small for NZ institutional investors and creates a scarcity dynamic,” he said.

“We are early days into our work on it so I can’t share anything else.”

Fisher Funds would make a decision about whether to participate or not around the listing date, Dickie said.

Meehan has one setback in the lead-up to the IPO.

He complained to the Herald last month about being knocked back for fast-track consent at a new Auckland project.

He plans a solar-powered, 5000-home South Auckland scheme but Government housing agency Kāinga Ora turned it down for a fast-track consenting process. Sunfield at Papakura is to have three retirement villages, two schools, a 4ha town centre, 22ha of open space and 11,000 jobs walkable from home, few car parks but an autonomous electric shuttle fleet.

Meehan said he is disappointed at Kāinga Ora refusing the scheme for consent under the Government’s new Urban Development Act designed to fast-track large housing developments like Sunfield.

He said Winton chose to apply for consent under the Urban Development Act given its complex and forward-looking attributes, which the Resource Management Act is not well equipped to handle.

He took out a full-page Weekend Herald ad to complain about the rejection, the ad appearing as a series of text phone messages complaining about the RMA not working.

Winton’s PDS out this week said it expected to be listed on the two stock exchanges by December 17. Share issue price is to be $3.88.