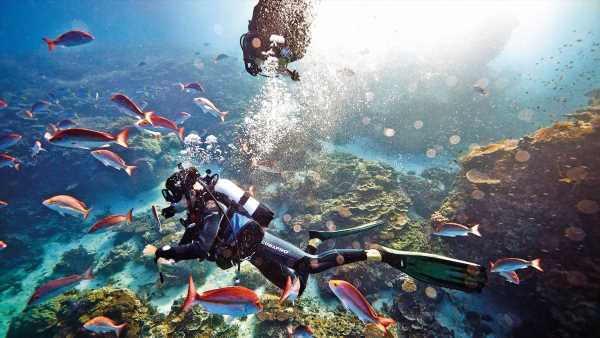 Qantas will launch its first flights betweenAuckland and Cairns today, stealing the march on Air New Zealand in a new front on the transtasman airline battle.

Air New Zealand, Qantas and Jetstar will all fly into Queensland this winter with promotional fares dropping to stimulate demand and agents saying increased competition could drive down fares towards pre-Covid levels.

In the past week Air New Zealand knocked $100 offsome Australian fares, Jetstar has sold return flights to the Gold Coast for less than $180 and Qantas has launched its Queensland services with promotional deals in economy and business class.

Qantas hasn’t flown the Cairns route before and will operate up to three weekly return flights (one for first four weekends, then increasing to three per week from early July) with a mix of Airbus A330 – which has a large dedicated business class cabin – and Boeing 737 aircraft.

The seasonal service will continue for nine weeks until July.The airline is already flying to Gold Coast – with stablemate Jetstar – in competition to Air New Zealand which flies seven to eight times a week to Coolangatta.

Qantas announced its two new routes on April 6 when the transtasman bubble was announced and said it wanted to offer more choice for customers in anticipation of supporting pent-up demand for international travel after a year of border closures.

But the airline quickly made some temporary reductions in flights for its new Gold Coast-Auckland service for the next four weeks, due to a lack of demand on the route, particularly out of New Zealand.

The Qantas Group’s chief executive, Alan Joyce, said it was a challenge to get Kiwis ”from under the doona (duvet)” in reference to reluctance to fly after more than a year of the pandemic.

Total Qantas and Jetstar capacity on the Tasman is about 60 per cent of pre-Covid levels and the airline expects that to gradually increase as confidence in the bubble grows.

The airline had recentlyre-timed some flights to improve connectivity and provide customers access to more same-day one-stop destinations across both Australia and New Zealand.

“Since the two-way transtasman bubble opened last month, bookings have generally been stronger out of Australia than New Zealand. We’re seeing that Kiwis need a bit of encouragement,” said a Qantas spokesperson.

“We’re confident that as we enter the winter months, the warmer climate of Queensland will lure more travellers from New Zealand to visit places like the Gold Coast and Cairns for a holiday.”

While demand has been sluggish out of New Zealand, Queenstown is proving a big drawcard for Australians.

On all routes to Queenstownflights are operating at more than 170 per cent of pre-Covid levels and Qantas has dropped fares to stimulate demand.

Qantasfares start from $269 one-way for economy and $559 one-way for business untilJuly 30, for Gold Coast ski enthusiasts to get to New Zealand.

”These fares will also make Queensland more accessible for travellers in Auckland wanting a warmer beach escape during winter.”

Air New Zealand says it had been encouraged to see bookings to Gold Coast, Sunshine Coast and Cairns pick up in recent weeks, driven by marketing activity – and colder weather in this country.

It too has reported subdued demand out of New Zealand for Australia but is enjoying brisk sales for Rarotonga and has stepped up flights to the Cooks.

House of Travel commercial director Brent Thomas said demand for warmer spots in Australia was improving but it was still below pre-Covid levels and more capacity was coming into the market.Fares could fall further as a result.

He said the Melbourne lockdown and bubble travel pause on top of two brief interruptions to New South Wales had not deterred travellers in spite of Government warnings they would have to make their own arrangements if stranded.Those who couldn’t fly to Melbourne during the past two weeks had generally postponed travel rather than cancel it.

A bubble pause to Queensland would have a much greater impact than to Melbourne at this time of the year.

Flight Centre NZ’s product general manager, Victoria Courtney,said it was fantastic to see some more competition in the market with Qantas launching direct routes to Cairns and Gold Coast.

”We haven’t seen a huge jump in holiday bookings on these flights yet as we are still finding that customers travelling to Australia are predominantly booking to visit friends and family, but more options will inevitably help to further reduce airfares.”

Courtney said Coolangatta and Cairns were both “green airports”, meaning no red quarantined flights will be coming through them ”adding an extra layer of confidence in the safety of travel to those locations’.’

Air New Zealand’s operating figures for April show the strong bounce on the same month last year (when there was an alert level 4 lockdown) but the continued deep impact Covid-19 is having on the airline.

Across the group it carried 886,000 passengers in April as the domestic market remained strong and transtasman travel resumed for the last 12 days of the month.In April last year the airline carried just 15,000 passengers, mainly essential workers around the country and returnees on sparsely occupied international flights.

Domestic load factors (the proportion of seats occupied)for April this year were 84 per cent, compared to just 12.7 per cent last April. For the financial year to date load factors are running at just on 77 per cent compared to 82 per cent for the prior corresponding period.