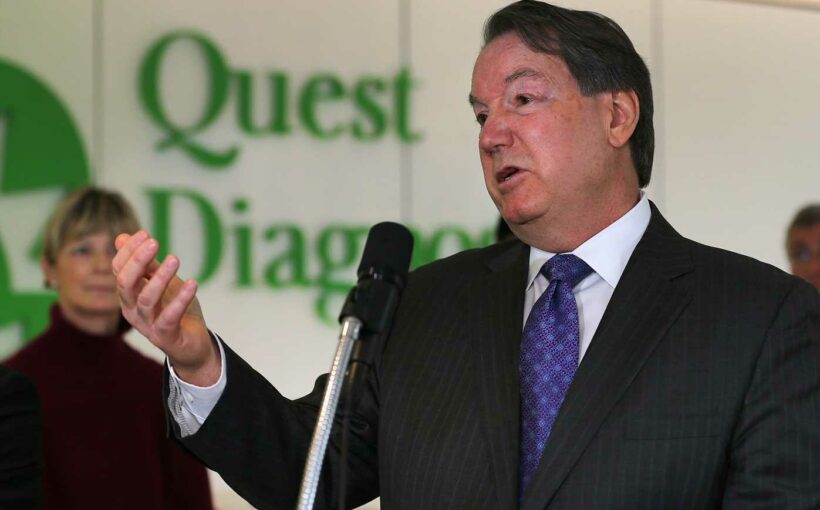 Quest Diagnostics CEO Steve Rusckowski told CNBC on Thursday the company is seeing an increase in Covid-19 tests as the more contagious delta variant spreads across the country.

"We said our Covid-19 testing business would go down as we saw the recovery, if you will, from the pandemic and it has gone down throughout the first half," Rusckowski said on "Closing Bell." "In the last couple of weeks, and we think it's related to the delta variant, we started to see a slight increase actually in that Covid testing volume as well."

Rusckowski, who was CEO of Dutch health technology company Philips Healthcare before joining Quest in 2012, said Quest uses next-generation sequencing to provide Covid test results to the Centers for Disease Control and Prevention. The majority of the positive tests identified by the company this week were of the delta variant, he said.

The highly transmissible delta strain is causing cases and deaths to increase again in the United States, particularly across largely unvaccinated communities. This has sparked concerns among health experts and local officials across the country, some of whom have begun to reimpose and advise indoor mask mandates for both vaccinated and unvaccinated people.

More than 162 million people in the U.S. are fully vaccinated — about 49% of the nation's population — despite the rate of daily administered shots continuing to see a sharp decline, according to a CDC tracker.

While Rusckowski noted an uptick in Covid testing, Dr. Scott Gottlieb told CNBC on Thursday morning that while he believes the current spike in delta infections may be over sooner than expected, it's hard to confirm because people are getting tested a lot less frequently now than before.

Europe's travel industry is on a knife edge as Covid surges, again

The company forecasts full-year revenue between $9.54 billion and $9.79 billion.