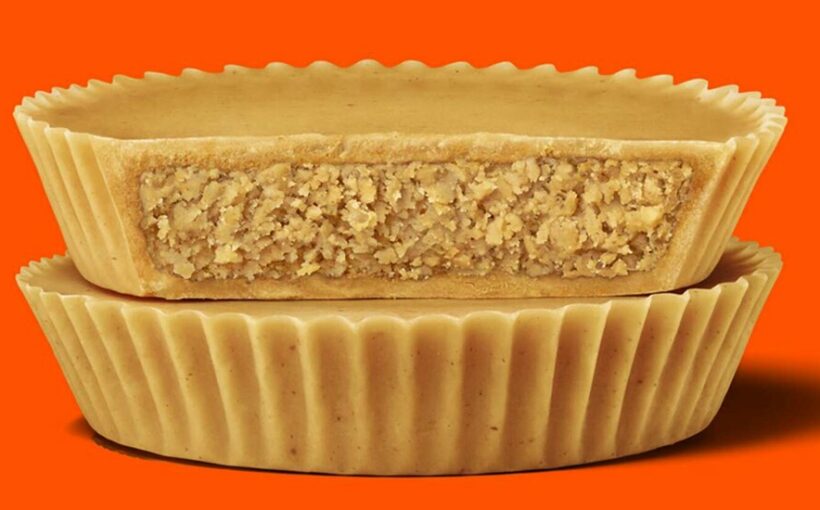 “Two great tastes that taste great together,” the Hershey Company said for years, on national TV. “Still perfect,” it boasted in the new century, assuring the public that the marriage of salty peanut butter and sweet milk chocolate was unchanged.

Now, Hershey is releasing a version of its Reese’s Peanut Butter Cups with peanut butter alone, raising questions for consumers: Is a peanut butter cup still a Reese’s without a chocolate shell? Or is it just a wedge of peanut butter in a little paper cup?

In an announcement this week, Hershey expressed no misgivings about the new version of its peanut butter cups.

“Yes, that’s right,” Hershey said in a statement on Monday. “We said no chocolate.”

The company will produce miniature-, standard- and king-size peanut butter cups without chocolate, returning a product that had limited runs last year and the year before. The new candy’s official website goes live on Thursday.

“There was healthy debate over whether we could’ve launched a cup with no chocolate,” said Margo McIlvaine, Reese’s brand manager. “Obviously, Reese’s Peanut Butter Cups have been around for a long time and they’re all about chocolate and peanut butter, and people talk about the magic of Reese’s being the delicious combination of those two flavors.”

The new version, on sale from April until August, will have a peanut butter-flavored shell instead of the traditional chocolate shell, and a sweeter interior with a different texture. “This is a nicer experience than eating out of a peanut butter jar,” Ms. McIlvaine said.

Reese’s Peanut Butter Cups were created in 1928 by Harry Burnett Reese, a candy maker who had worked at the Hershey factory. Decades later, Hershey acquired Reese’s, adding a valuable brand to its chocolate-making empire.

What started more than 125 years ago with Milton Hershey, an entrepreneur from rural Pennsylvania, selling homemade caramels from a pushcart is today a $21 billion company and one of the largest candy makers in the world, with 80 brands including Kit Kat and Jolly Rancher.

The pandemic has only increased America’s appetite for sweet treats, even as people have scaled back or canceled holidays parties and celebrations like Halloween. In its earnings report released last month, Hershey reported higher profit and revenue in the fourth quarter from a year earlier, driven by the success of its chocolate brands in North America.

Andrew Athias, a 28-year-old social media manager from Cherry Hill, N.J., got his hands on a box of the new peanut butter-only cups early — he has TikTok and Instagram accounts dedicated to his love of Reese’s — and described it as “really tasty.”

“As someone who has been known to eat peanut butter by the spoonful — and I know there are a lot of people who do that — it tastes just like that,” he said. “It’s like eating two types of peanut butter at the same time. It’s subtle.”

Silvia Bellezza, an associate professor of marketing at Columbia Business School, said that brands, and particularly established brands that have been on the market for a long time, offer new takes on classics to see if new items will become popular and to keep up brands’ visibility.

“It’s important to keep them lively, to keep the discussion going, to have something new on the shelves,” she said. “Once you have established this asset in people’s minds, which costs money and time, then you try to make the most of it.”

That Hershey felt it could ditch the chocolate signals the company’s view that peanut butter is the “hero” of the product, she said. (Though it has lost chocolate, the new Reese’s still contains hydrogenated vegetable oil, corn syrup and a number of other ingredients.)

Hershey has experimented before. Last month, it released organic Reese’s Peanut Butter Cups in milk and dark chocolate, an attempt to deflect competition from a number of smaller companies, like Trader Joe’s, which sells a dark chocolate peanut butter cup, and Justin’s, a Colorado-based company that sells organic peanut better and almond butter cups.

Hershey’s chief executive, Michele Buck, underscored the need for innovation and creativity in a 2019 interview, saying Hershey’s focus was on what the customer wants. “I think what we’re seeing is that consumers want everything, right?”