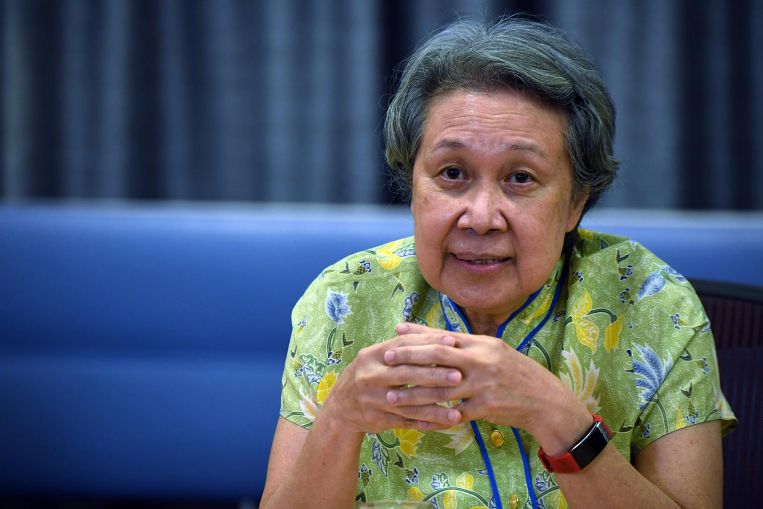 SINGAPORE – Retiring Temasek Holdings chief executive Ho Ching will be taking over as chairman of Temasek Trust from April 1, 2022.

Ms Ho, 68, will be appointed to Temasek Trust’s board of directors with effect from Friday (Oct 1), the same day she is retiring from the Singapore investment company.

From April 1, she succeeds Mr S. Dhanabalan, who will remain on the board and be designated chairman emeritus.

In a separate statement on Thursday, Temasek also announced two new appointments to its board of directors.

Temasek said that the new appointments to its board continue a process of transition, following the recent retirement of director Goh Yew Lin and the retirements of Ms Ho and Mr Robert Ng on Oct 1.

The board expects to make further appointments in the coming months, which will be announced once finalised, it added.

Ms Ho is being succeeded by Mr Dilhan Pillay, who will hold a dual role as CEO of both Temasek and its commercial arm Temasek International.

In its statement, Temasek said: “Ajay and Jenny bring new experiences and capabilities to the board, which are most welcome.

“We look forward to tapping their exceptional global expertise as the board leads Temasek’s direction into the next decade.”

Before joining Mastercard, where he was president and CEO from 2010 to 2020, Mr Banga was CEO of Citigroup Asia Pacific, and also worked at Nestle and PepsiCo in India.

GGV Capital’s Ms Lee launched the venture capital firm’s first office in China in 2005 and reopened its Singapore office in 2019, and has also worked in various finance and operations roles with the likes of ST Aerospace and Morgan Stanley HK.

At the same time, three new directors will be appointed to the board of Temasek Trust, which was established in 2007 to provide governance and financial oversight of the company’s philanthropic endowments that fund the work of designated beneficiaries.

Its beneficiaries include Temasek Foundation and Temasek Life Sciences Laboratory.

Mr Dhanabalan, who has been chairman of Temasek Trust since September 2015, said: “Ho Ching has a deep and passionate commitment to so many community causes, and has been instrumental in Temasek’s own stewardship journey over the past two decades.

“The board decided we would ask her to join us, and to continue that commitment by leading Temasek Trust next year.”

Ms Ho said she was honoured to be invited to join the board of Temasek Trust, and said she sees great opportunity for it to evolve its role given the scale it has reached.

“I am very impressed by the remarkable progress that Temasek Trust has made since its founding over 10 years ago.

“Temasek Trust has enabled a steady and sustainable support for Temasek Foundation and other initiatives to deliver vitally important programmes in the communities in Singapore and around Asia,” she said.

She paid tribute to Mr Dhanabalan’s work as chairman, noting how he helped to underline the importance of Temasek Trust’s governance role.

“By getting that right, he has solidified Temasek Trust as a trusted partner and platform to deepen the interest for thoughtful and impactful philanthropy on a sustainable basis.”