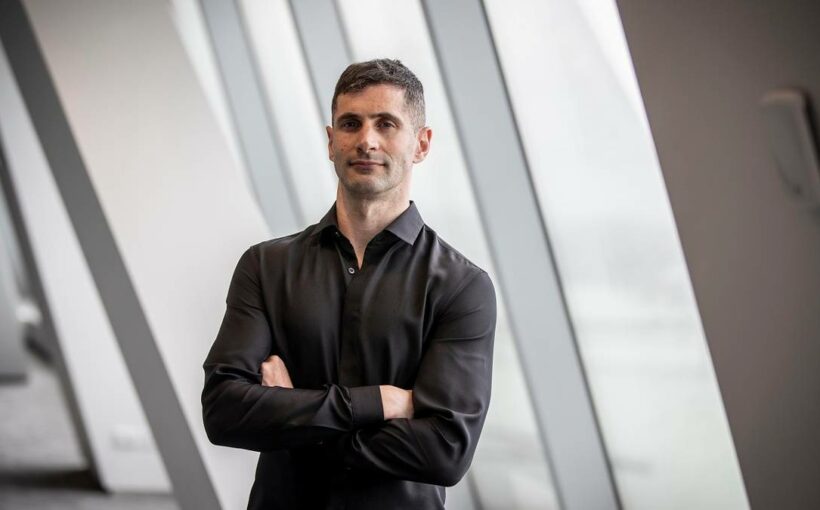 The head of New Zealand’s second-largest gaming studio says he’s been kneecapped by the Government – and specifically Economic Development Minister Stuart Nash and his self-described “landmark” subsidy deal with Amazon over its locally-shot Lord of the Rings series.

Rocketwerkz founder Dean Hall says he has 70 staff working on Icarus – a multiplayer sci-fi game that will see one or up to eight players trying to survive as prospectors on an unexplored alien world. When finished, later this year, it will be the biggest-budget, most lavish game to come out of NZ.

“We are desperately short of animators and visual effects artists. We get them on contract where we can, but that’s proving hard for workflow,” Hall says.

Last week, Nash confirmed he’s signed off on a special rebate deal for Amazon, which is currently spending around $650 million filming the first season of its Lord of the Rings series in West Auckland, which will stream on its Prime Video service. The usual rebate is 20 per cent of spending for an offshore production shot in NZ. Amazon secured a rebate 25 per cent (the Herald first revealed Govt-Amazon talks over a sweetener early last year).

That means Amazon will receive a potential rebate of up to $162.5m on its first year’s filming, Nash says – an amount the minister said was worth it for establishing NZ as a production destination, creating hundreds of jobs and securing a commitment from Amazon for a group of its executives to visit NZ to “Exploring strategic opportunities” in other areas for possible investment.

Treasury raised one flag – the lack of any cap on total spending on the subsidy, in the context that the deep-pocketed Amazon could ultimately spend more than $1b on the series – or a lot more if it runs, to say, five seasons. This is, after all, a US$1.7 trillion market cap company, founded by its executive chairman Jeff Bezos – who trades places with Elon Musk as for the title of the planet’s richest person.

But Nash told RNZ, “The bottom line is if we want a film industry in this country, part and parcel of that is government subsidies.”

Amazon had to spend the money here before it could claim any rebate.

“I laughed out loud when I heard that,” Hall says.

He says he’s feeling a big downside: At a time when the video game industry is short of skilled personnel, the Government is giving hundreds of millions to the multinational Amazon to subsidise its efforts to compete for staff.

“This decision will have a chilling effect on the local video game industry, which is already in crisis getting senior staff. And the Government is either entirely oblivious or deliberately ignoring the situation,” Hall says.

Potentially, Hall could recruit around half of the new positions from the film industry. The rise of digital effects in local movie production, driven by Sir Peter Jackson’s success, has meant game studios like RocketWerkz are often competing with the likes of Weta Digital for staff.

“The Government is directly in competition with the video game industry. That isn’t hyperbole. The Government gives the film industry not only exceptions to some of our labour laws, but also provides 25 per cent of their funding uncapped. This decision furthers an extremely perilous situation for an industry that has long been neglected by successive governments.”

NZGDA chairwoman Chelsea Rapp tells the Herald that a lot of staff would like to move between the film and TV industry, where work is typically on short-term contracts, and the games industry, which roles tend to be longer-term.

But at the moment, the situation is distorted, particularly in the most highly-skilled areas, such as real-time 3D graphics. “The film industry can afford to pay higher wages because of the high subsidies they receive,” she says.

Close followers of the Herald’s coverage of Rocketwerkz will have noted that the company, and its Lamborghini-driving founder, don’t seem short of a buck. Ex-army signals officer Hall made his initial fortune in Europe on the back of a mod to hit zombie title Day Z, before returning home to found his own game studio.

Chinese entertainment conglomerate Tencent has backed Rocketwerkz, taking a 36 per cent stake. Hall and his company recently moved into the top two floors of NZ’s newish, flashest office tower at Commercial Bay, spending up to $5m on a fitout to make parts of it look like the interior of a spaceship.

But Hall says he’s not after a handout. He just doesn’t want the likes of Amazon to get an NZ government subsidy to compete against him – which is slowing his company’s growth.

“To be very clear I do not see the Government funding my projects,” Hall says.

“Nor Bezos projects either. This kind of funding should be put into grassroots projects. I’d love to be in competition with up-and-coming game developers in New Zealand, rather than billionaires bankrolled by the taxpayer.”

Hall doesn’t want to over-play his hand. He is not threatening to decamp from NZ.

But he says the Government’s film-centric approach is slowing his industry’s growth.

And bear in mind that video gaming is on track to become a billion-dollar export industry by 2025, if it can hit its straps. (The NZ Game Developers’ Association recently reported a big jump in industry revenue to $324m for 2020 as lockdowns fueled a gaming frenzy.)

“Our industry association surveys its members each year and consistently the number one issue studios face is lack of skilled talent for growth. There are a number of roles, like animators, visual effects, and concept artists, that you can directly work across both the video game and film industries. A significant number of our staff are Weta alumni for example,” Hall says.

“Covid-19 has made the situation even worse because video game studios can’t import people and there has been strong competition for staff.”

Back in 2014, the then opposition Labour Party said it intended to support funding for games by making them eligible for the NZ Screen Production Grant.

Over the past couple of years, there have been reviews of the NZ Screen Production Grant by MBIE and Sapere, and top-ups for the NZSPG, necessitated by increased movie production activity, but recommendations or moves for the games industry to be eligible for a slice.

In August last year, the Government released a new work programme called the Screen Sector Strategy 2030, which is a joint initiative between the Ministry of Arts, Culture & Heritage (under Carmel Sepuloni) and MBIE (under Nash).

And it says that the process of strengthening the local screen industry should include the wider remit of”encouraging the identification and development of intellectual property value through more collaboration with local cultural content producers, such as book and comic authors and publishers, theatre playwrights and producers, game, developers, book authors and journalists.”

The report will be followed up by a series of working groups that will convene later this year, which will attempt to refine how it would reach its goals. While the NZ Game Developers Association finds the wider focus promising, the working programme’s evolution from a three-year to a 10-year project mean it’s not going to address Hall’s concerns overnight.

With local private investment thin on the ground and the government focus on Hollywood, the local gaming industry has turned offshore for funding – which in some cases has led to outright takeovers. Behind its substantial stake in Rocketwerkz, China’s Tencent took an 87.7 per cent stake in West Auckland’s Grinding Gear Games in 2018 in a deal worth somewhere north of the Overseas Investment Office’s disclosure threshold of $100m (for context, Grinding Gear Games – our largest games studio – reported an after-tax profit $51.9m on revenue of $113.4m last year). And top smartphone developer Ninja Kiwi has just been sold to a Swedish gaming firm in a $203m deal.

The Government did come through on its broad promise to help in 2019, in part, when it backed the new NZ Centre of Digital Excellence (Code) – a Provincial Growth Fund initiative that saw a business hub created “to progress the expansion of New Zealand’s growing video game development industry”. But Hall says Code’s $10m budget over 10 years was a pittance, and more so after admin costs.

“It’s a joke and we’re the punchline,” Hall says.

Nash did not respond to the Herald’s request for comment directly, but a spokesperson for his office said:

“The Minister is open to hearing from the gaming sector with any proposal they may have for how this would work in practice.

“However, clearly there would be significant fiscal implications involved. The rising costs of both the International and Domestic Screen Production Grants would be a factor in any considerations.”