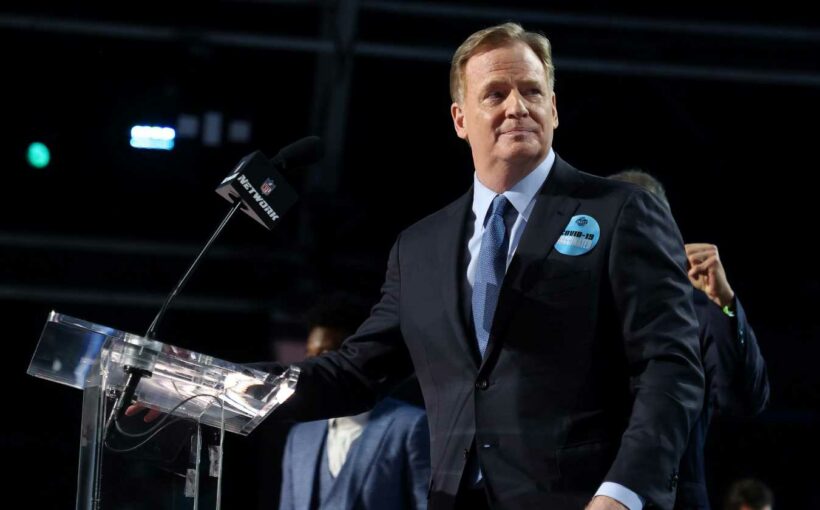 NFL Commissioner Roger Goodell became an internet star when he announced picks for the 2020 NFL draft from his basement in his lounge chair. The piece of furniture became so vital to the draft experience it made its way all the way to Cleveland for this year's edition.

As Goodell made his traditional announcement at the beginning of the 2021 NFL draft Thursday, the chair from his Bronxville, New York, home was there on the stage.

With the Jacksonville Jaguars holding the first pick of the draft, one lucky Jaguars fan was selected to sit in the chair as Jacksonville was on the clock. The fan then was alongside Goodell when he announced Trevor Lawrence as the first pick.

NFL DRAFT TRACKER: Instant analysis on every pick in the first round

With vaccinated fans present in Cleveland, it appears that fans from each team that is on the clock will be selected to sit in the chair as their team is on the clock.

Social media had some ideas as to what they, or other people, would do if given the chance.

who is brave enough to let one rip in Roger Goodell’s NFL Draft chair? pic.twitter.com/obpxgT2D20

Me if I was in Roger Goodell’s chair. #NFLDraft2021pic.twitter.com/3QSnZlTFxA

Imagine the thrill it must be for these lucky fans to … sit in Roger Goodell’s basement chair.