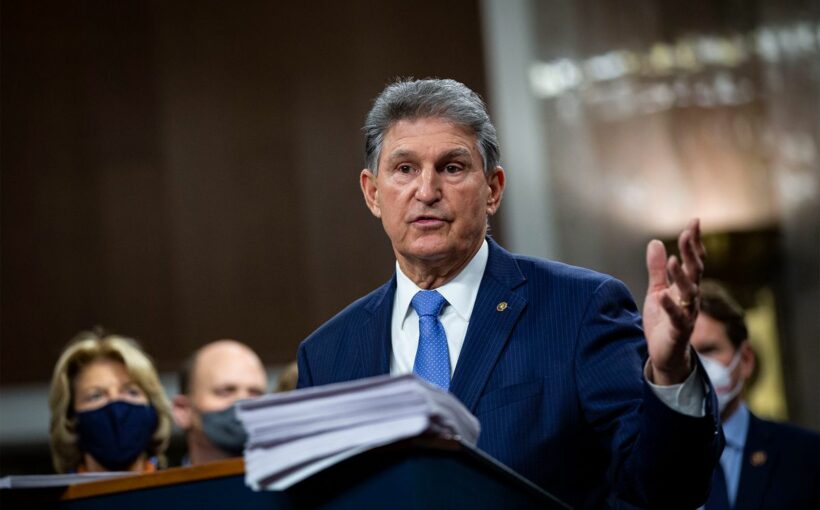 The success or failure of Joe Biden’s presidency was always going to hinge on the U.S. Senate. But the senator poised to determine that outcome isn’t the one everybody expected.

In the weeks after the election, Senator Mitch McConnell of Kentucky, the presumed Republican majority leader, looked to be the critical figure, with the power and willingness to frustrate the new administration’s lofty ambitions.

But Democrats’ upset victories in the twin Jan. 5 runoff elections in Georgia gave them a 50-50 split and control of the Senate, bumping McConnell into the minority and shifting the spotlight to someone else: Democrat Joe Manchin of West Virginia. As the Democrats’ most conservative senator, Manchin represents the 50th vote on almost every issue. Little that Biden hopes to achieve will happen without his consent. “Manchin has always held some power,” says Jennifer Duffy, an independent Senate analyst. “Now he holds a lot more.”

Manchin’s star turn in the Biden era has arrived sooner than expected. While Democrats’ January victories opened up vast new opportunities, allowing them to confirm Biden’s nominees and control what bills are brought to the floor, McConnell seized on a technicality to prevent them from taking over unless incoming Majority Leader Chuck Schumer agreed to preserve the legislative filibuster, which gives McConnell and the GOP effective veto power over legislation. (McConnell may have been dethroned, but he’s hardly cooperative.)

Like so much in the Biden presidency, the resolution ultimately came down to West Virginia’s senior senator. Although Schumer held firm, Manchin, who bills himself a traditionalist and one of the few Democrats unwilling to “go nuclear” and eliminate the filibuster, recommitted to that position. “I will not vote to change the filibuster,” hetold Politico on Jan. 25.

Satisfied he’d extracted public commitments from Manchin and another moderate Democrat, Senator Kyrsten Sinema of Arizona, McConnell declared victory. So did Schumer, who’d rebuffed McConnell’s demand. The resulting mood of angry perplexity and heightened tension is a preview of what the next two years will bring—and illustrates why Manchin will be the central character in Washington’s drama.

Although his filibuster vow may sound ironclad, both sides know the political calculus can shift quickly. It has before: In 2013, former Senate Majority Leader Harry Reid of Nevada made a similar commitment, only to turn around ten months later and nuke the filibuster for most judicial nominees to surmount McConnell’s obstruction. (McConnell returned serve in 2017, further scaling back the filibuster so Democrats couldn’t block Neil Gorsuch from the Supreme Court.)

Many Democrats believe the true test of Manchin’s convictions will only arrive when Republicans move to block a key piece of legislation that Manchin supports. “I don’t think Manchin will look favorably if McConnell keeps trying to throw monkey wrenches in everything we try to do,” says Reid.

Aware that Manchin and Sinema’s commitments may only be temporary, McConnell followed up his victory declaration with a bald threat to unleash “immediate chaos” if Democrats later move forward: “If this majority went scorched earth, this body would grind to a halt like we’ve never seen.”

Manchin, 73, belongs to a political species that’s nearly extinct: senators elected in states whose voters chose a president of the opposite party. Only three remain: Democrat Jon Tester of Montana, Republican Susan Collins of Maine, and Manchin, who was narrowly reelected in 2018 in a state that went 69%-30% for Donald Trump last November.

His endurance owes partly to familiarity—he played football at West Virginia University, then served as a state legislator, state senator, secretary of state, and governor before being elected to the U.S. Senate—and partly to his ability to buck Democrats often enough to reassure his Trump-friendly constituents. His 2010 Senate victory was powered by a memorable television ad in which the NRA-endorsed Manchin pulled out a rifle and shot Barack Obama’s climate bill, vowing, “I’ll always defend West Virginia.”

West Virginia’s loyalty to him, however, has looked increasingly shaky. No state has swung harder from blue to red in the last quarter century. Following Trump’s election, Manchin resisted entreaties to switch parties and passed up consideration to become Trump’s energy secretary. “We made a huge effort to try to get him to flip to the GOP during the transition,” says Steve Bannon, Trump’s chief strategist at the time. Manchin held firm and eked out reelection as a Democrat in 2018, this time running an ad in which he shot a Republican lawsuit to repeal the Affordable Care Act, whose protections are popular in West Virginia.

In theory, doing away with the filibuster would be highly beneficial to his state, because it would shift the power to block most bills from the Republicans to Manchin and his fellow moderates. He could name his price, and Biden would pay it. “He has the potential to be kingmaker on pretty much every issue,” says Adam Jentleson, a former aide to Reid andauthor of the new book Kill Switch: The Rise of the Modern Senate and the Crippling of American Democracy. “It’s a massive leverage point.”

But for a politician in Manchin’s constant state of precarity, forced to answer to an electorate back home that just voted for the Republican presidential candidate by 39 points, the option of letting Republicans take the heat for killing bills that wouldn’t be winners in West Virginia is not such a bad thing. “One of the worst things that could happen to Joe Manchin is to get exposed routinely on difficult votes,” says Josh Huder, a senior fellow at the Government Affairs Institute at Georgetown University. “Filibusters offer political cover, enable blame-shifting, and protect him from scrutiny.”

McConnell’s gambit to jam Democrats, though it failed, succeeded in dragging Manchin into the center of public scrutiny. Right now, no question preoccupies Washington Democrats more than what he will ultimately decide to do.

There’s little doubt about what he’d prefer: to work across the aisle with moderates in both parties to craft legislation of modest ambition and cost. “I’m the most bipartisan member of Congress,” heinsisted to NBC News on Jan. 7. December’s $900 billion Covid-19 relief package, hashed out by a bipartisan group of senators and House members tied to the Problem Solvers Caucus, was a model for the approach Manchin has always favored.

“We got together one night for a drink after the deal got passed and decided that we would continue to try to do this and make it an ongoing approach in the Biden era,” says Democratic Representative Josh Gottheimer of New Jersey, a co-chair of the Problem Solvers Caucus. “Philosophically, that’s what Joe believes is best. He has a proclivity toward bipartisan deals and keeping people together.”

But maintaining a centrist, committee-driven approach to governing would necessarily limit—perhaps drastically—what Biden and Democrats could accomplish with their likely fleeting command of both the White House and Congress. McConnell’s well-documented history of obstructing Democratic presidents and driving a wedge in their caucus makes the odds of a return to polite, productive centrism even more far-fetched.

That’s why many Senate insiders expect Manchin to have to make tough choices about the filibuster, if not over the organizing resolution, then over future Democratic priorities that get bogged down from Republican obstruction. At some point, this will pit his desire to be seen as a traditionalist against his ability to deliver for West Virginia. Some Democrats who’ve served with him are cautiously optimistic that he’ll choose the latter.

“If Joe Manchin can be shown that getting rid of the filibuster will help get important legislation done, Joe will be amenable to getting it done,” says Reid. “The time is not here now. But I think it could be before too long.”