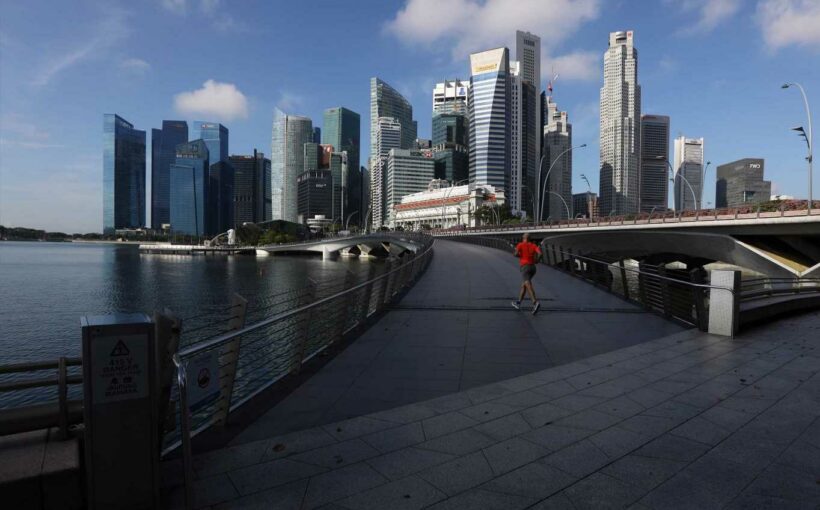 SINGAPORE — Singapore's economy expanded at a faster pace in the third quarter than initially estimated, while the government expects 2021 growth to come in at around 7%.

The Singapore economy grew 7.1% in the third quarter compared with a year ago, the Ministry of Trade and Industry said Wednesday.

On a quarter-on-quarter, seasonally adjusted basis, the Singapore economy expanded by 1.3% in the third quarter — a turnaround from the 1.4% contraction in the second quarter, said the ministry.

Here's how the various sectors performed in the third quarter:

Singapore, a city-state in Southeast Asia, has been battling a surge in Covid-19 infections that came even as around 85% of the population has completed their vaccinations.

But in recent weeks, the government has gradually eased domestic and border restrictions — allowing more activity to resume.

The trade and industry ministry revised its 2021 economic growth estimates for Singapore to around 7% — the top of its previous forecast range of between 6% and 7%.

Morgan Stanley says Europe is at record lows versus the U.S. — and names the stocks to cash in

Bank of America's chief investment strategist is bearish on 2022, sees a rates shock

Next year, the Singapore economy is expected to grow by 3% to 5%, said the ministry.

"The recovery of the various sectors of the economy in 2022 is expected to remain uneven," the ministry said.

It explained that growth prospects for outward-oriented sectors such as manufacturing and wholesale trade remain strong given robust external demand.

But recovery in sectors related to aviation and tourism is likely to be gradual as global travel demand will take time to recover and travel restrictions could persist in key visitor source markets, it added.

The ministry warned that protracted supply disruptions alongside a stronger pickup in demand, as well as rising energy commodity prices, could lead to more persistent inflation.

Singapore is a small and open economy that's largely dependent on global trade. Core inflation in the country rose 1.5% in October from a year ago — the biggest jump in nearly three years, official data showed Tuesday.

Last month, the Monetary Authority of Singapore became one of the first Asian central banks to tighten monetary policy. The MAS said the move "will ensure price stability over the medium term while recognising the risks to the economic recovery."