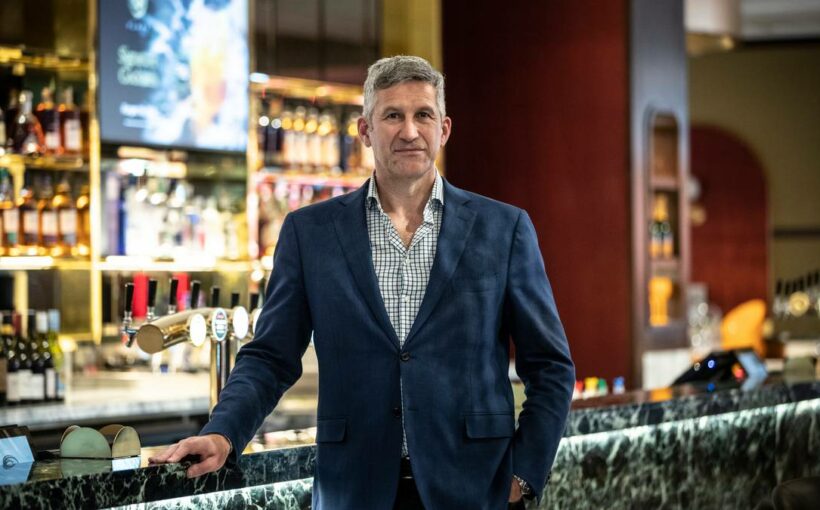 SkyCity Entertainment Group has entered discussions with its financiers about debt at the business, which is being “significantly impacted” by Covid-19 lockdowns.

Chief executive Michael Ahearne told shareholders today that no financial guidance could be released for the current 2022 financial year. He also disclosed talks with bankers around the company’s dect covenants and mentioned the sale of non-core assets.

“In response to the ongoing Covid-19 disruptions in New Zealand and in particular the prolonged lockdown in Auckland, we have prudently engaged with our financiers to discuss a debt gearing covenant waiver for our December 2021 testing period to enable full access to our committed liquidity headroom,” Ahearne told shareholders.

Ahearne said the balance sheet was “in a strong position”. The company had total liquidity of $240m to respond to further pandemic disruptions, one-off events and a more protracted economic recovery here and in Australia.

But Covid and disruptions made it impossible to give any outlook, he warned.

“Given the changeable operating settings and uncertain near-term outlook due to Covid-19, we are unable to provide earnings guidance for 2022 at this time,” he said.

Shareholders met virtually at 1pm today for the annual meeting of the casino, tourism, restaurant, gaming, hotel and hospitality business whose Auckland properties have now been shut for a crippling 72 days.

Ahearne has previously said that for every day Auckland is shut, the business loses $1m+.

Today, he reiterated that: “The EBIDTA impact of being closed in Auckland and Hamilton continues to be significant with around $1m of lost earnings per day.”

SkyCity is claiming the wage subsidy, he said.

Earnings from the current year’s first half had been “materially impacted by difficult trading conditions”, a slide said.

SkyCity is selling non-core assets including land in Darwin at Little Mindil as well as non-operational New Zealand property. The Darwin land was bought when SkyCity owned a Northern Territories casino. It announced that casino sale in 2018, yet hasn’t been able to sell the adjoining site where it once planned to expand.

Chairman Rod Campbell will leave the board early next year. The business is yet to announce a new chairman.

Ahearne gave an update on an investigation into its Australian operations by authorities. That probe is by the Australian Transaction Reports and Analysis Centre, the government agency responsible for detecting, deterring and disrupting criminal abuse of the financial system to protect the community from serious and organised crime

“We are taking the concerns raised by AUSTRAC through its compliance review and subsequent enforcement of SkyCity Adelaide seriously and have taken immediate steps to investigate and appropriately address the concerns raised,” Ahearne said today.

SkyCity will cooperate with the centre and was committed to continuous improvement of its anti-money laundering practices.

A shareholder asked Campbell if the convention centre project was going to plan in the board’s view and if all future costs were covered by insurance. The chairman said there was no change and “overall we consider it’s under control”.

Those were the only two questions asked at today’s meeting.

Earlier this month, lockdown’s toll on the company altered one analyst’s earnings outlook.

Adrian Allbon, a Jarden Securities analyst, said initial outlooks for how long the Auckland and Hamilton properties would be shut had forecast much shorter times.

But now it was clear the lockdowns were going to be so much longer, he sliced EBITDA forecasts by a savage $55m or 21 per cent.

The company had been holding around $100m of EBITDA as a buffer but Allbon questioned whether that was still the case. He wonders too if the company is talking to its bankers.

“With an extended New Zealand lockdown now a reality, our revised FY22 estimate suggests this buffer is now mostly consumed and we would expect management to be working with the company’s debt providers on waiver flexibility,” Allbon said.

On October 3, SkyCity said it would close its Hamilton casino following the Government announcement on the Waikato.

SkyCity Auckland has been closed since August. Only the company’s Queenstown casino remains open in New Zealand.

The business also said today it would soon bar non-vaccinated people from its properties.

Shares are today trading on the NZX around $3.10.