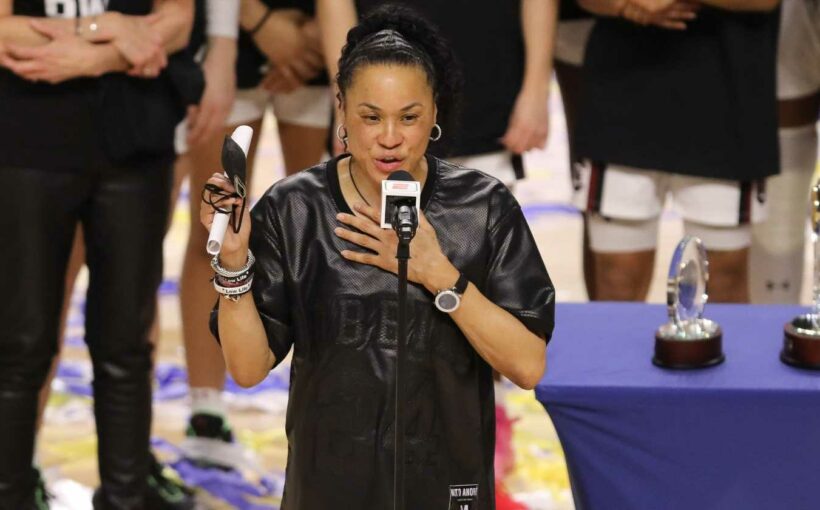 "What we now know is the NCAA’s season long message about ‘togetherness’ and ‘equality' was about convenience and a soundbite for the moment created after the murder of George Floyd," she said on Twitter.

Photos on social media showed a full weight room at the men's tournament in Indianapolis, while the women's tournament in San Antonio had a rack of weights and some yoga mats in an empty ballroom. There were also disparities in tournament swag and quality of food.

"There is no answer that the NCAA executive leadership led by Mark Emmert can give to explain the disparities," said Staley, whose team is a No. 1 seed at the tournament, which starts Sunday in San Antonio. "Mark Emmert and his team point blank chose to create them! The real issue is not the weights or the ‘swag’ bags. It’s that they did not think or do not think that the women’s players “deserve” the same amenities of the men."