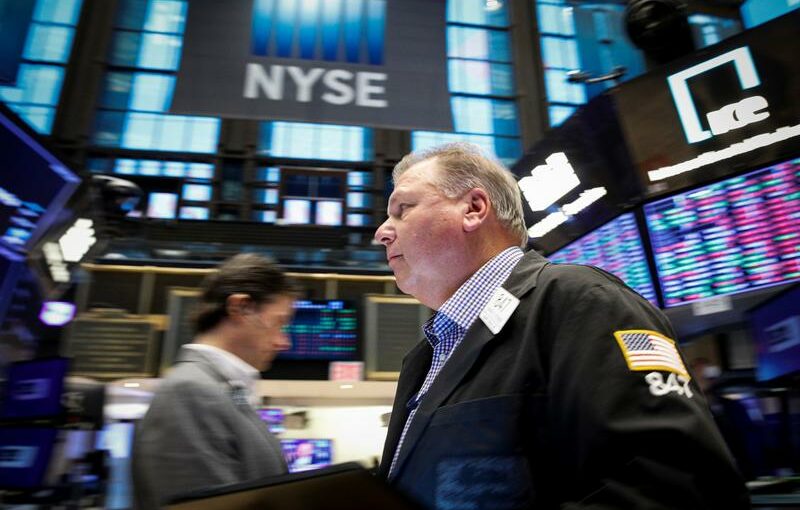 Heavyweights Tesla Inc, finishing up 3.8%, and Apple Inc, up 2.5%, spurred the Nasdaq and helped propel the index to an intraday record after the S&P 500 and Dow reached fresh peaks earlier in the week.

However, after closing up 1.6%, shares of Amazon.com Inc fell 3% in extended trading when it forecast holiday-quarter sales well below Wall Street expectations, as labor and supply shortages make it difficult for retailers to keep shelves stocked.

Caterpillar Inc closed the session up 4% after reporting a better-than-expected quarterly profit on rising commodity prices, while a bullish forecast from drugmaker Merck & Co Inc pushed its shares up 6%.

“Earnings continue to be very good,” said Bill Stone, chief investment officer at the Glenview Trust Co in Louisville, Kentucky, who also noted that Biden’s framework, if it succeeds, would not boost corporate taxes as investors had previously feared.

“Underneath the surface, that’s a positive for corporate earnings” going forward, said Stone.

Solid earnings also helped offset a report from the Commerce Department which showed the U.S. economy grew at a 2% annualized rate in the third quarter as COVID-19 infections flared up, short of the 2.7% estimate, while another set of data showed fewer Americans filed new claims for unemployment benefits last week as the labor market slowly improves.

“Clearly we are seeing a large batch of macroeconomic data that has been coming through during the middle of third-quarter earnings reporting season and you are seeing a little bit of a tug-of-war that exists between macroeconomic data that is appearing to be somewhat softer at the margin and corporate performance which is proving to be better than expectations,” said Bill Northey, senior investment director at U.S. Bank Wealth Management in Minneapolis.

Earnings reports have helped advance in the benchmark S&P index in 10 of the previous 12 sessions, with analysts now expecting profits for S&P 500 companies to grow 38.6% year-on-year in the third quarter.

Of the 244 S&P 500 companies that had reported by Thursday morning, 82% had beaten estimates.

Advancing issues outnumbered declining ones on the NYSE by a 2.15-to-1 ratio; on Nasdaq, a 2.46-to-1 ratio favored advancers.