Home » Business » Spaceflights for Richard Branson and Jeff Bezos spur a race for insurers, too. 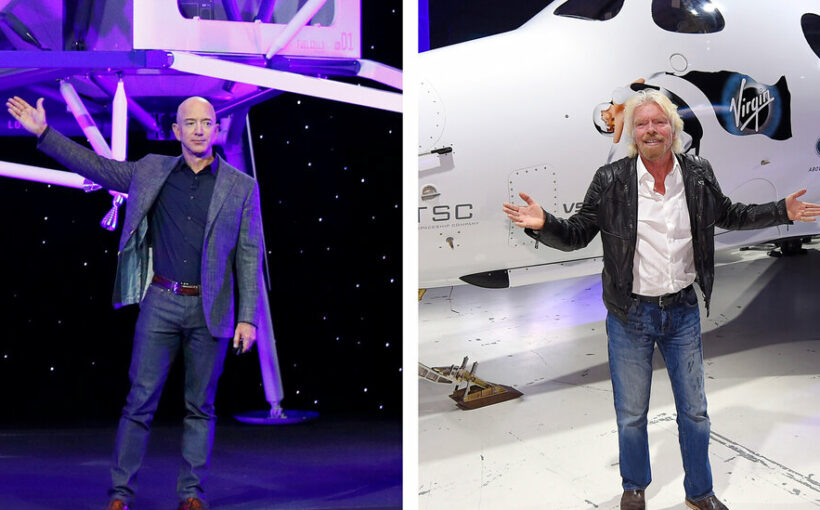 Richard Branson is scheduled to fly into suborbital space on Sunday, nine days ahead of a similar journey by a fellow billionaire, Jeff Bezos. These first flights for the space moguls will also launch without liability insurance, the DealBook newsletter reports.

Brokers say neither Virgin Galactic nor Mr. Branson appears to have bought coverage should the British business mogul be hurt, or worse. (The craft is most likely covered.) The same goes for Mr. Bezos and his company Blue Origin. Virgin, Mr. Branson and Blue Origin declined or did not respond to requests for comment.

“We have talked to those companies about insurance and regulatory issues a lot,” said Sima Adhya, the head of space insurance at Hamilton, a company that offers insurance through Lloyd’s of London. “But there have been no policies specifically written for these flights.”

Liability coverage is required on international flights. But Virgin’s craft, the V.S.S. Unity, launches and lands in the same place in New Mexico, so Mr. Branson’s flight, despite rocketing to the edge of space, is technically considered domestic travel. Virgin has said passengers will eventually be required to sign a contract agreeing to be fully liable for their own safety, but American law makes it nearly impossible to transfer all liability in the case of personal injury or loss of life.

Insurance providers say it’s very likely that regulators will soon require liability policies. Space travel wouldn’t be covered by a typical life insurance policy, industry experts say. And it could also be an issue for corporations if executives decided that they, like Mr. Branson and Mr. Bezos, would like to travel to space. So-called key person policies could theoretically cover the stock market fallout if something happened to a top executive.

There aren’t a lot of options for casual space travelers, but some insurers are interested in developing such policies. Allianz first began designing space tourism policies in 2012, though there is no evidence one has been sold. (Allianz did not return a request for comment.) Space tourism is new, but experts say there is now more than enough data on rocket launches to know how to price these policies.

Lloyd’s of London estimates that the space insurance market has averaged $500 million in annual premium payments over the past decade. But those policies have generally covered satellites and other nonhuman cargo.

“The big question for the insurance industry is whether this is more like aviation insurance or more like current space policies,” said Neil Stevens, a senior vice president of space products at the insurance broker Marsh. “There hasn’t been a situation where insurance markets haven’t stepped up.”

But for now, space travel is launching without an insurance net for passengers. Developing those policies is one more small step that is likely needed before space travel can leap into a fully functioning tourism market.