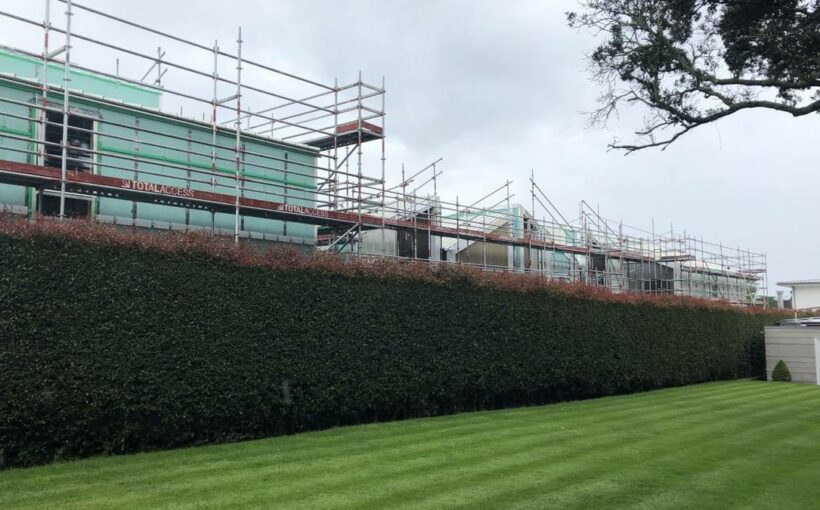 “We are two months off finishing and really disappointed,” says the Remuera apartment developer stopped by court order yesterday.

Kurt Gibbons, founder of Viaduct Harbour-headquartered Gibbons Co, said he would appeal a High Court at Auckland ruling in favour of neighbours opposing the almost-finished project by his company 44 Ventnor.

Although cladding was going on the buildings, Justice Gerard van Bohemen allowed the neighbours’ appeal against Auckland Council’s resource consent for the 44 Ventnor Rd scheme.

Gibbons said today he had pre-sold all 13 units for prices ranging from $1.09 million to $1.33m in the upmarket street.

He was taking 10 per cent deposit and was expecting full settlement once code compliance certificates were issued soon.

But now, all that remains up in the air after the decision.

“It’s really sad. These sold out within hours off-market to first-home buyers, precisely the people we want to help into home ownership. They’re high-quality, high-spec but at reasonable prices. Gibbons Co has a queue of buyers for this reason.

“We are really disappointed for our first-home buyers looking to move into their new home. They may have a slight delay now, unfortunately. We did everything by the book. To have a court now question that is really disappointing,” he said.

The neighbours applied to the court for a review of non-notification of the application for the terraced apartment project and to have the way the resource consent was granted examined, with a view to both decisions being overturned.

“It is absolutely horrific. It looks like a motel block. The structures are all up and all the outside cladding is nearly done,” Brabant said.

The council now has to consider the application again and work there has to stop.

The proposal for such a significant development had not been properly assessed, Justice van Bohemen said.

The judge cited the Government and National Party’s intensification moves on Auckland to allow more houses on sites here in the case whose respondents included developers 44 Ventnor.

“I recognise that there will be prejudice to 44 Ventnor and disappointment to the council that a proposal for a more intensive use of a large site in a residential zone in Auckland is being held up when there is a strong policy impetus in the National Policy Statement – Urban Development and the Auckland Unitary Plan for more intensive development in residential zones,” he said.

The decision was also issued at a time when the Government was looking to enable even greater intensification of certain residential areas than that currently provided for in the National Policy Statement, the judge noted.

But he said it was the court’s task to apply the law as it stood today to ensure major implications were properly assessed.

Not only does the developer and council have to return to the drawing board, but building work on the site has already started.

On the matter of building work having already started, the judge said that wasn’t his concern.

“44 Ventnor cannot be faulted for choosing to exercise its legal rights once the consents had been granted.

“However, the fact it chose to take the commercial risk of commencing construction knowing that the consents might be set aside should not deprive long-term fulltime residents in the vicinity of their rights to have the question of whether they are adversely affected by a significant development properly determined,” the judge said.

The council’s planner did not consider the effects of the 13 dwellings, which was more than four times the number permitted as of right in the mixed housing suburban zone, the judge said.