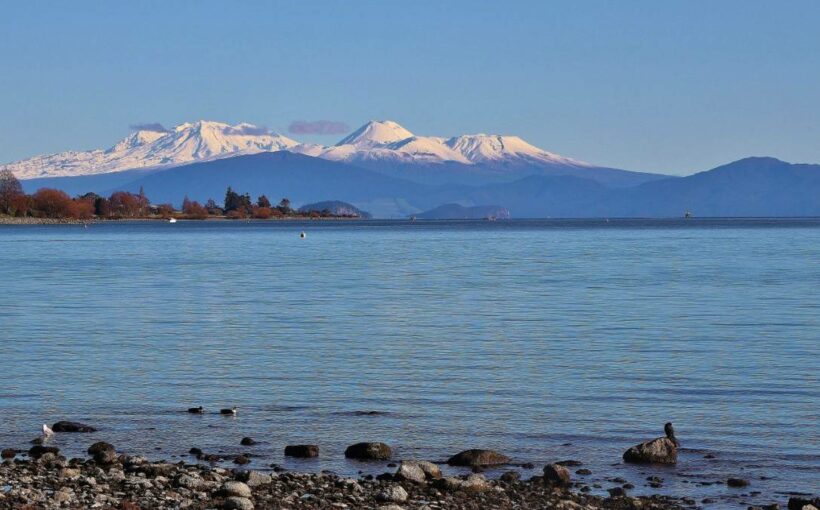 Dry weather has been a mixed bag for the big power generators.

Contact Energy, which has the Clyde and Roxburgh dams in the South Island, said water inflows into its Clutha catchment last month were 96 per cent of mean for the month of May.

In contrast Mercury, which has nine Taupo-fed hydro dams along the Waikato River, said low lake levels would have an impact on its result.

The broker has lifted its 2021 forecast for earnings before interest, tax, depreciation, amortisation and financial instruments (EBITDAF) by 4.6 per cent, or $25 million, to $543m.

“That said, we continue to expect wholesale electricity prices to trend backwards (in time) as new generation comes to market.

“Our earnings increases are, therefore, largely limited to the next three years, and our target price increase is a more modest up 10 cents per share to $8.60.”

Another strong monthly result and Contact should finish 2021 with a flourish, it said.

“We estimate Contact made $65m EBITDAF in May 2021, $15m higher than May 2020 and its best month since July 2015, when Contact still owned its metering, LPG and gas storage businesses.

Mercury this week cut its 2021 EBITDAF guidance from $520m to $460m, reflecting continued dry weather in the Taupo catchment and an unplanned outage at its Kawerau geothermal power station.

The broker has reduced its price target modestly from $7.00 to $6.95, but has retained an “overweight” rating on the stock.

News that British multinational consumer goods giant Reckitt Benckiser Group will take a £2.5 billion ($4.9b) hit on the sale of its struggling baby formula business in China will not have gone unnoticed by followers of a2 Milk, which derives much of its earnings from the PRC.

Reckitt will sell the business for US$2.2b ($3.06b) – a fraction of the US$16.6b it paid US-based Mead Johnson for the business in 2017 – to the Chinese division of Primavera Capital Group.

At a high level, Reckitt’s divestment highlights the fact that the market in China has become a lot more challenging for international infant formula brands, and there is likely no quick fix, said Craigs Investment Partners analyst Stephen Ridgewell.

“They have taken quite a hair cut on exit” Ridgewell told Stock Takes.

“It’s a very challenging market for international brands to operate in.”

Despite the headwinds facing a2 Milk, Ridgewell is taking a neutral view on the stock.

“We think the new CEO David Bortolussi has been bluntly honest with the market about a2 Milk’s current problems, and is taking the right approach to solving these, including taking inventory out of the channel and increasing marketing to support end consumer demand.

“This approach should help stabilise market share, however will impact margins in the nearer term, and we think consensus estimates for next year (2022) are still too high”.

Current consensus expectations for 2022 are for EBITDA of $261m.

Craigs estimates that the number will be more like $200m, based on the view that a2 Milk will need to maintain higher brand spending to support sales for longer than is currently baked into current market thinking, given the step up in competitive pressures in the market.

Despite this, following a sharp fall in the share price over the last year, a2 shares were offering better value at current levels, and “we believe the risk-reward is currently balanced”.

Was it a class action law suit, or was it a kite-flying exercise by Slater and Gordon to see if it could get the required number of litigants?

Either way, a2 Milk has yet to see any evidence of legal action being served on company.

A2 Milk said last month that it was not aware of any legal proceedings having been filed.

“The company believes that it has complied with all applicable disclosure obligations and denies any claim to the contrary,” it said then.

Stock Takes’ checks with a2 Milk confirmed that it is still yet to receive any notice of legal action from the law firm.

Loosely sourced media reports had suggested Slater and Gordon is investigating a possible class action claim against a2 Milk in relation to its disclosure over a nine-month period when it announced four earnings downgrades, and the resulting slump in its share price.

Meanwhile, major institutions have been trimming their holdings in a2 Milk.

In recent notices to the NZX, Mitsubishi Financial said it had lightened its stake to 5.69 per cent from 7.48 per cent.

Speculation has emerged across the Tasman that AMP’s New Zealand wealth management arm is on the market again for either a potential sale or sharemarket float.

Dual ASX/NZX listed AMP began talking about selling the NZ business in 2018 but then put it on hold while it sold its life insurance arm.

It was back on the market in 2019 with Fidelity Life – which is part-owned by the New Zealand Superannuation Fund – rumoured to be interested as well as rival Partners Life, although Partners later ruled themselves out.

But a deal was never reached. In February AMP said it had concluded a review of its New Zealand Wealth Management asset and that its transformation strategy was ” likely to be the optimal outcome for shareholders.”

This week The Australian reported that a revived process for its New Zealand business was believed to be in the wings. Kiwi investment bank Jarden was involved in the sale process last time alongside Credit Suisse.

An AMP New Zealand spokesman said it did not comment on rumour or speculation.
“The continued focus of the New Zealand wealth management team is on localising our business and helping our clients to achieve a great retirement.”

Other market players said they had not heard that the NZ arm was up for sale but pointed out that media reports out of Australia had proven accurate in the past regarding the company.

But if selling the AMP NZ business was tough before, it has probably got even tougher now after the company recently missed out on being reappointed a default KiwiSaver provider.

Unless it can convince its default members to stay, they will be automatically transferred to the new default providers as of December 1.

While the default members are a relatively small part of its total funds under management, the loss of the Government’s stamp of approval could have flow-on effects to its other mandates.

High demand from Kiwis wanting to buy new and used cars while being unable to travel due to Covid has been a boon for Geneva Finance.

The consumer lender saw its profit rise 69 per cent to $6.3m in the year to March, prompting a dividend increase.

Managing director David O’Connell said it had been surprised by the strength of the motor vehicle lending market.

“The whole motor vehicle side just improved out of sight. We saw good growth in our core business which is lending against motor vehicles.”

Supply chain issues have caused problems with bringing more cars into the country, but O’Connell said good operators were still able to source cars, including those coming off corporate leases to be sold.

“The operators that are working hard on sourcing stock are doing very well because once you have got stock you can sell it.

“There are a lot of other operators that don’t have the imagination or the networks or the funding to buy quantities of stock – they are really scratching to get stock.”

He said growth in car sales had been very strong over recent years but that could slow down now.

“I can’t see it growing at the rate it has grown at in the past at all. I see it being stable or contracting 1 or 2 per cent.”

O’Connell said Geneva was still targeting loan growth as it was a small player in the market and therefore had plenty of room to grow.

“We are so small we just need market share. Doubled, we wouldn’t even be 1 per cent of the market. And if we double that is massive for us.”

O’Connell said it was looking to price its loans to meet the market.

“We have got to accept that means lower margins but if you price to meet the market and grow the ledger at the end of day you bank dollars, not percentages.

“We are making smaller profits from each loan but if we do more loans we will grow our profit.”