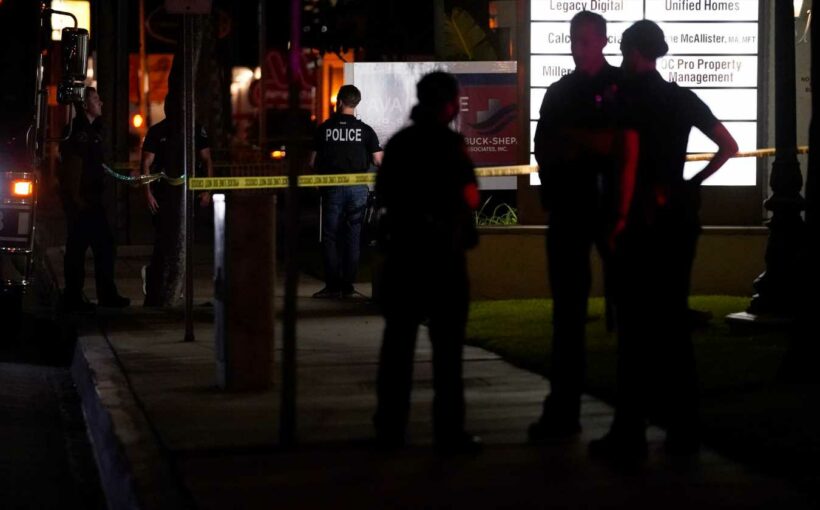 A man accused of locking the entrances to a Southern California office building before shooting and killing four people he knew, including a 9-year-old boy, was charged in the attack Friday.

Aminadab Gaxiola Gonzalez, 44, is facing a host of charges in the Wednesday evening killings, including four counts of murder and two counts of attempted murder. Gonzalez, who was shot in the incident, is set to be arraigned Friday afternoon from his hospital bed.

Authorities say a man, two women and a boy were found dead and a third woman remains hospitalized in critical condition.

Police say Gonzalez knew his victims through business and personal relationships. Authorities said he locked gated entryways into an office suite that houses Unified Homes, a mobile-home broker, in Orange, about 30 miles south of Los Angeles, before opening fire.

It was the third high profile mass shooting in less than three weeks. The four victims were killed just a week after a gunman in Boulder, Colorado, killed 10 people at a supermarket. The week before that, a gunman in the Atlanta area killed eight people, most of them women of Asian descent, at three spas.

Police have yet to identify the victims in the attack, waiting first to notify their family and loved ones before their names are made public.