Home » Business » ‘Sweep bullying under the rug’ no more: Child’s death set to bring changes to Cincinnati schools, could be a lesson for other cities 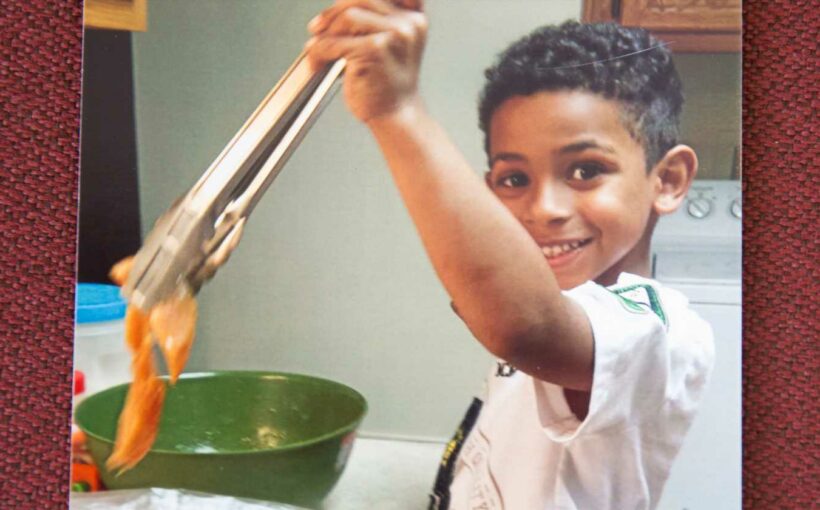 CINCINNATI – A wide-ranging settlement proposal in a tragic bullying case that led to the death of an 8-year-old boy here could provide a blueprint for combating bullying in schools across the nation.

But Ross Ellis, founder of the non-profit advocacy group STOMP Out Bullying, says any plan can only work if the school district – in this case Cincinnati Public Schools, CPS – is committed. Historically, she said, school districts “sweep bullying under the rug.”

Gabriel Taye, a third-grader, was bullied repeatedly at school before taking his own life in 2017. The city Board of Education on Monday will consider a settlement that would pay the family $3 million and bring changes to combat bullying in the school district.

The family’s lawyer, civil rights attorney Al Gerhardstein, said that to honor Gabriel, the family is using the settlement to protect current and future CPS students. A memorial to Gabriel will be placed at Carson School, the elementary school he attended.

“We will make sure these reforms take root and end bullying throughout the CPS system,” Gerhardstein said.

On Jan. 24, 2017, a student pushed Gabriel into a wall of a boys’ restroom, the blow knocking Gabriel unconscious for seven minutes. In a school video of the assault, other students can be seen stepping over Gabriel. A former assistant principal, Jeffrey McKenzie, found Gabriel but did not call 911. He complained of stomach pain and spent several hours at Cincinnati Children’s Hospital Medical Center.

He stayed home from school the next day, but on Jan. 26, two other students bullied Gabriel in a Carson restroom and stole his water bottle. Later that day he killed himself in his bedroom at his mother’s apartment.

“When a kid is being bullied, unconscious on the bathroom floor while kids taunt and kick him, and no one gets help, that is saying something,” Ellis said. “Every state has bullying legislation. But if it’s not enforced (by schools), it doesn’t do any good.”

The Cincinnati plan would identify bullying by tracking repeat offenders, repeat victims and repeat locations. Efforts will be made to intervene with students engaged in bullying – and to curb bullying before it happens. Also, school nurses will be empowered to report suspected incidents of bullying.

The settlement involves training and supervising staff and includes two years of ongoing oversight of its anti-bullying plan.

Julie Pautsch, who directs an anti-bullying project at Loyola University Chicago School of Law that seeks to prevent bullying in schools nationwide, commended Cincinnati schools for agreeing to the two years of oversight and committing to changes.

Pautsch said many school districts nationwide don’t track bullying. Investing in the technology and personnel to track incidents is a clear step in the right direction, Pautsch said.

“It’s not that we can totally prevent (bullying),” she said. “But it’s how the school responds and how they intervene before it becomes so serious that you can’t go back, and then children are harmed.”

Ellis says she’d like to get a closer look at the programs Cincinnati schools are considering. She says she trusts schools to educate kids, but not so much when it comes to bullying.

“I hate to sound so cynical, but we have been doing this for 15 years,” Ellis told USA TODAY. “Let’s see if, after two years, the schools really take this seriously.”

A family photo of Gabriel Taye. Taye, 8, took his own life on January 26, 2017. It was just two days after another student apparently assaulted Gabriel in a restroom at Carson Elementary in West Price Hill, where he was a student. In a federal wrongful death lawsuit against Cincinnati Public Schools, Gabriel's parents, Cornelia Reynolds and Benyam Taye, say Gabriel was repeatedly bullied. (Photo: Family Photo)

Schools love assemblies, but they don’t work, Ellis said. Close, repeated interaction with teachers trained in working with bullies and their targets is needed, she said. It takes time and patience.

The federal lawsuit, filed in 2017, claims that aggressive behavior by students against each other was “rampant” at the school – and that school officials knew about it but chose to cover it up rather than alert parents.

The settlement comes five months after the 6th U.S. Circuit Court of Appeals unanimously rejected the district’s motion to dismiss the lawsuit. In its opinion, the court said the alleged actions of the Carson School nurse and administrators were “egregious and clearly reckless.”

They “ultimately prevented (Gabriel’s) parents from fully understanding (his) horrifying experience at Carson Elementary until it was too late,” the court said.

In the settlement, district and school officials continue to deny the allegations “and assert that they have not engaged in any wrongdoing.”

Lawyer Aaron Herzig, a partner at the Taft law firm who represented the school district in the case, said a settlement was in everyone’s best interest.

“The defendants strongly believe that neither CPS, its employees, nor the school nurse were responsible for the tragic death of Gabriel Taye,” Herzig said. “CPS embraces the goal of eliminating bullying within schools, as well as continuing to refine and improve reporting, management, and training processes related to incidents of bullying.”