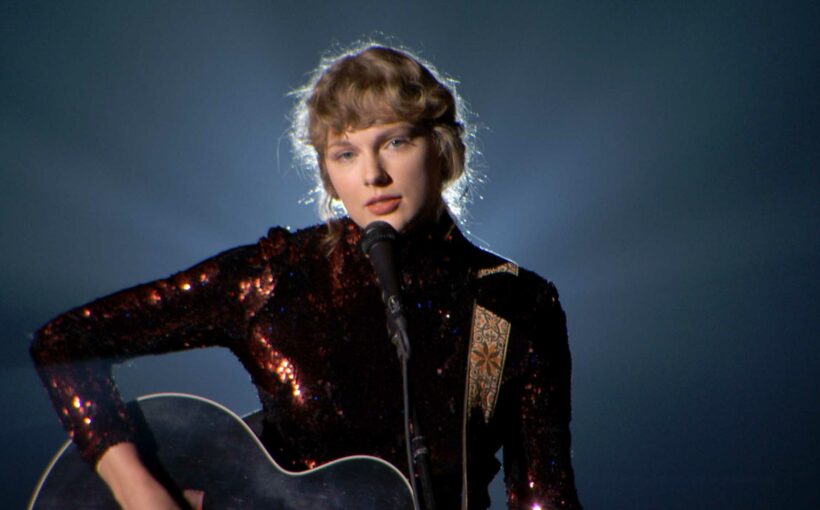 In the last year, Taylor Swift has surprised fans with two new albums, "Folklore" and "Evermore," and revealed the she had been rerecording her first six albums in an effort to control her own masters.

On Tuesday, the musician announced during a segment on Good Morning America that her rerecorded version of "Love Story" would be available at midnight. She also teased that she had finished rerecording her album "Fearless" and would be releasing it to the public "soon."

Her official website is offering preorders of the album, which are set to be delivered on April 9th.

The album features six songs that didn't make the cut when the original was released. The album is officially called "Fearless: Taylor's Version."

In November, Swift confirmed that the rights to her first six albums had been sold by Scooter Braun to a private equity firm in a deal worth more than $300 million.

Swift had tried to buy back her masters, but said Braun's team wanted her to sign a non-disclosure agreement before she was permitted to look at Big Machine's financial records and the NDA would also have required her to never speak out against Braun again.

The singer promised to rerecord her old songs, recognizing that it would reduce the value of her masters.

A month after the deal was announced, Swift teased the new version of her hit song "Love Story." At that time, she told fans that she wasn't finished rerecording all of her music yet, but had permitted friend Ryan Reynolds to use the new iteration for a Match dating site ad.

"I've spoken a lot about why I'm remaking my first albums," Swift wrote in a post on Twitter. "But the way I've chosen to do this will hopefully illuminate where I'm coming from. Artists should own their own work for so many reasons, but the most screamingly obvious one is that the artist is the only one who really *knows* that body of work."