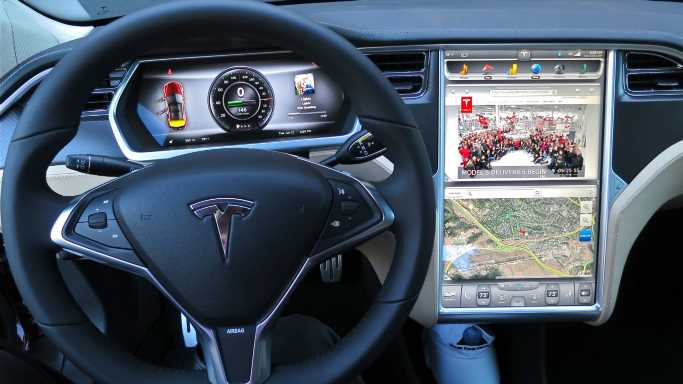 On the whole, cars have become more reliable over the past several decades. The average age of an automobile on the road in America is almost 12 years. That rises almost every year. The gulf between the quality problem of cars made in Detroit and the better workmanship of Japanese and German cars has closed. Cars made in South Korea were hardly available two decades ago. Now, two are among the largest companies in the United States, and each has a strong reputation for quality products.

When consumers are asked why they pick one car above another, several factors are almost always present. Often at the top of the list is price. Gas mileage is often another. The conversation quickly moves to what features people want. Overarching all of this, however, is whether a car is considered well made. Research firms probe that differently, but usually the terms come down to “reliability” and “quality.”

The gold standard of research about reliability is the J.D. Power U.S. Vehicle Dependability Study, the 2021 version of which has just been released. This study has reached its 32nd year. The goal of the research is to find out how many problems car brands have per hundred vehicles owned. In the dependability survey, researchers looked at that factor for cars that are three years old. That means this study looks at 2018 models.

The good news for car buyers is that the industry’s dependability continues to improve. Dave Sargent, vice president of global automotive at J.D. Power, said, “Today’s three-year-old vehicles are of higher quality and more dependable than in previous years.”

The industry average for the 2018 models in the study based on problems per 100 cars was 121. Tesla Inc. (NASDAQ: TSLA) cars received a horrible rating of 176, particularly shocking because of the popularity of its brand, the brisk sales and the legendary design. While Tesla has entered the middle segment of the car market with its $40,000 Model 3, its flagship Model S is still well into the luxury category with a price that can range above $130,000.

Tesla’s reputation has been further burnished by the market value of the company that is over $750 billion. That is more than Berkshire Hathaway, Walmart or JPMorgan. It is also as much as the market caps of the next six car companies by that measure combined.

Tesla produced 500,000 vehicles last year, and it hopes to push that figure higher by 50% in 2021. With a drop in vehicle dependability ratings, that task just got harder. 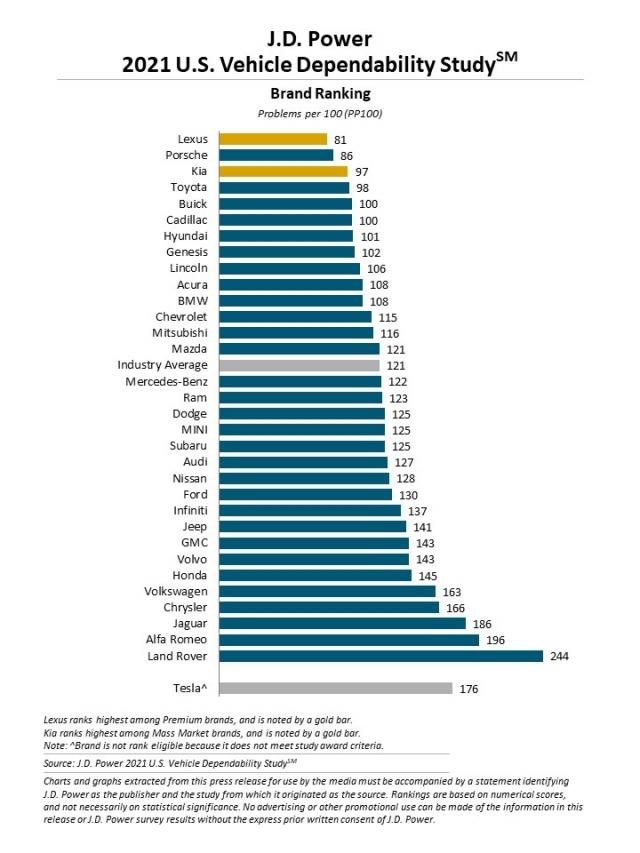 Click here to read, “This New Car Is the Most Likely to Break Down.”