Home » Business » The great divide: Why are NZ interest rates so much higher than Australia? 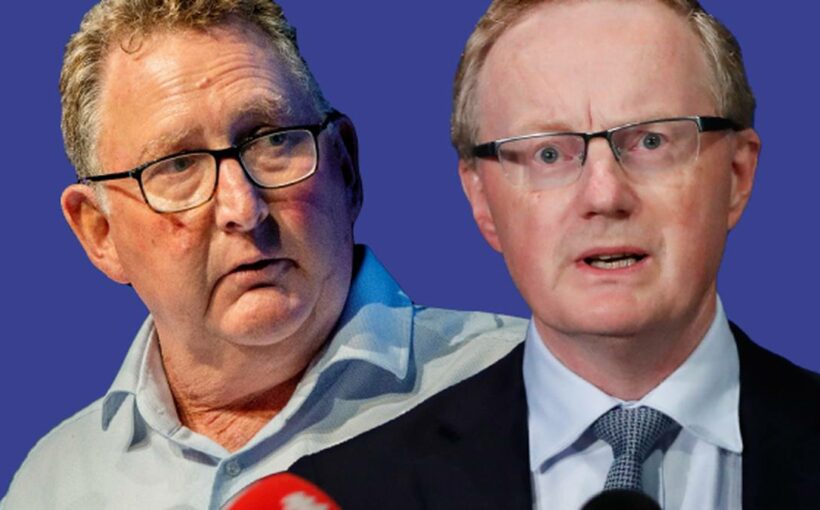 This week the Reserve Bank of New Zealand raised the official cash rate for the second time in as many months – taking it to 0.75 per cent – and signalled at least another seven hikes before the end of 2023.

In stark contrast, the Reserve Bank of Australia, just a week earlier, said it expects to keep the rate on hold at a record low of 0.1 per cent over the same period.

Borrowers on this side of the Tasman could be forgiven for feeling hard done by.

But across the ditch, those who worry about inflation are nervous and looking enviouslyat New Zealand’s more aggressive policy settings.

Are we really on such different economic paths, though?

The whole world is facing up to higher inflation and trying to get interest settings back to something more normal.

Of course, since Covid’s arrival, “normal” has been very difficult to define.

“If you are looking for similarities between economies, New Zealand and Australia’s would be pretty high up there around the world,” he says.

“We’ve got our differences but the simple fact of the matter is, to have such divergent expectations for interest rates is really quite historically unique.”

That weirdness has had the kiwi dollar creeping up against the Aussie dollar in recent weeks, to as high as 97c, as investors chase higher yields here.

Normally when we get close to currency parity, it suggests greater underlying strength in New Zealand’s economic outlook – as in 2014 when Australian economist Paul Bloxham dubbed us “the rock star economy”.

This time around it’s not so clear-cut.

The obvious reason for the divergence is the inflation rate.

While New Zealand is experiencing higher consumer price inflation – the annual rate was 4.9 per cent to September 30 – in Australia the rate is sitting at just 3 per cent.

That is still on the upper edge of the Australian central bank’s target range – between 1 and 3 per cent.

But monetary policy is forward-looking and Australians expect inflation will keep rising to similar levels as it is here.

In October, a Roy Morgan survey showed Australians expected inflation of 4.8 per cent annually over the next two years.

Clearly there is some difference in the policy approach of the two central banks.

There are global forces at work, as the pandemic creates supply issues that amplify the domestic inflation caused by economic recovery.

But the biggest difference at the moment might be a case of”beauty being in the eye of the beholder”, he says.

“It comes down to one central bank’s view of what they are looking to achieve, and what they need to do right now, versus another central bank having almost exactly the opposite view,” he says.

“So it matters less about the economy and how you think it’s tracking, and more about what they need to see before each of them act.”

For example, the RBA has strongly emphasised that it needs to see wage inflation pick up before it moves.

In a rare turnaround from the historic norm, New Zealand’s wage growth has been stronger than Australia’s in the past year.

Back in September, ANZ economists identified this as a key reason for the impending monetary policy disconnect.

In a research note titled Not just rugby: NZ beating Australia on wage growth Melbourne-based senior economist Catherine Birch and Wellington-based Finn Robinson​noted thatJune-quarter wage growth had slipped to 1.7 per cent in Australia (year on year) but it was already accelerating in New Zealand at 2.1 per cent.

The latest September quarter figures show the gap closing, but New Zealand still ahead, with annual growth at 2.4 per cent versus Australia’s 2.2 per cent.

So the RBA’s Philip Lowe sees households feeling the pinch from rising inflation and not seeing a commensurate rise in wages, says McLeish.

“He’s thinking: in that type of environment, do I really want to hit the consumer with another shock with higher borrowing costs? His answer is no.”

In comments last week, Lowe was clearly sayingthat Australian inflation was largely driven by the supply side and outside the bank’s control, McLeish says.

This week RBNZ governor Adrian Orr indicated that he and his team see it as more of a 50/50 split in New Zealand.

That’s to say about half of the inflation is being caused by global supply side forces and half by underlying domestic demand side issues.

The extent to which the central bank believes it can actually counteract some of these effects is where some of the divergence lies, says McLeish.

“One of them is reacting and the other is well and truly sitting by the sidelines.”

It’s tempting to make the case that the New Zealand central bank is traditionally more hawkish on inflation than its Aussie counterpart – at least since the economic revolution of the 1980s.

But while there are a few structural reasons why small, open economies might lean harder against inflation, those aren’t as significant for New Zealand as they once were, McLeish says.

“We’re much more developed and much more ‘the same as the rest’ when it comes to global economies and other developed-world economies.

“In the old days there were issues around foreign buyers of our assets and funders of our deficits, the currency might get out of hand. Given the development of our capital markets that’s less of a problem than it might have been.”

Ultimately, the New Zealand and Australian economies are both on a recovery path – they are just at different points on that path, he says.

Singapore-based Kiwi economist Ben Udy agrees that New Zealand and Australia are very much at different points on the same path.

In fact they were already diverging before going into the pandemic, says Udy, who covers Australia and New Zealand for Capital Economics.

“Prior to the pandemic we were getting ready for the RBNZ to hike rates in 2020,” he says.

“Inflation was creeping back and unemployment was around where we thought the maximum sustainable level was. So things were looking pretty good.

“The cutting cycle was over and they were ready to start hiking rates.”

Meanwhile, Australian inflation was still too far below the target band and the unemployment rate was not nearly low enough, he says.

So in a way, as the economies have recovered they are just getting back to that pre-pandemic starting point, Udy says.

“And that might have been enough for NZ to start hiking rates but that’s not enough for Australia.”

But the recoveries and pandemic experience haven’t been exactly the same either.

“We’ve also seen a much stronger recovery in the short term in New Zealand,” he says.

“It’s shocking after so many years of such low inflation to see inflation so high, and the Reserve Bank is responding to that.”

Nobody in Australia really believes the RBA will hold rates as long as it says it will,Udy says.

“In Australia the central bank continues to say they’re going to hike in 2024 and you continue to see financial markets and analysts’ consensus just not agree with that.

“We think they are going to hike in early 2023 but financial markets have priced in a hike next year.”

The whole world is recovering faster than initially expected and there have been similar changes in the timing of hikes from the Bank of England, the US Federal Reserve and others.

“You could say because New Zealand avoided Covid for such a long time that [it] started looking down that path earlier than other banks. It recovered in earnest a lot earlier,” Udy says.

Udy and Capital Economics are also unconvinced that the New Zealand economy will be able to maintain the momentum that the Reserve Bank’s rate track implies.

“We’re expecting the RBNZ to start finishing its tightening cycle in the middle of next year as the economy starts to slow,” he says.

“By contrast, we expect Australia to do well next year as the economy is unshackled. Without the higher interest rates.”

Adrian Orr and the RBNZ are “playing what’s in front of them”, says McLeish.

“They’re seeing probably the strongest jobs market we’ve ever had. Then on the price stability side of the mandate, they’re seeing inflation up at 5 per cent. They’re going: ‘OK, I need to act. Those are my two mandates’.”

Then there were issues like housing, where there was some public and political pressure to raise rates, which also came into consideration.

Ultimately, despite the two very divergent central bank views, the answer is somewhere in the middle and the rate tracks will move closer in the year ahead, McLeish says.

In fact, that conviction that the gap will close is why Fisher Funds sees the Aussie dollar as quite attractive versus the kiwi right now, he says.

“There is a lot of optimism around how well the New Zealand economy will be able to handle higher interest rates.

“I suspect that is probably a little too optimistic and I suspect how concerned the RBA is about inflation and how cautious it is about raising rates may have to be revised a bit higher.”